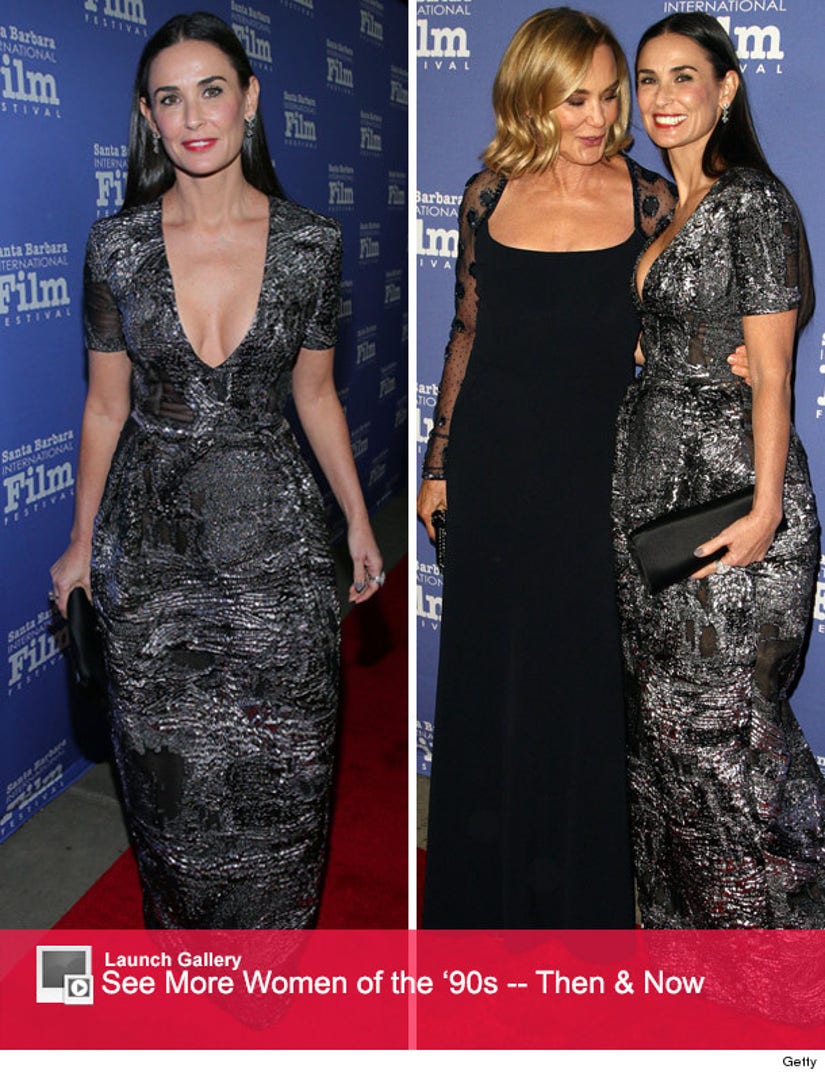 It may have been Jessica Lange's night Santa Barbara International Film Festival on Sunday, but Demi Moore stole the spotlight on the red carpet!

Donning a metallic floor-length gown with a plunging V-neck, the "Charlie's Angels: Full Throttle" star was the epitome of glamour. Her dazzling dress even caught Lange's eye, who was snapped sneaking a peek at Demi's decolletage!

The 65-year-old actress also looked radiant at the star-studded event, showing off her enviable bod in a black gown with sheer embroidered sleeves. She completed her elegant ensemble with tousled waves and smokey eye makeup.

We have to admit -- Moore has been stepping up her style on the red carpet! 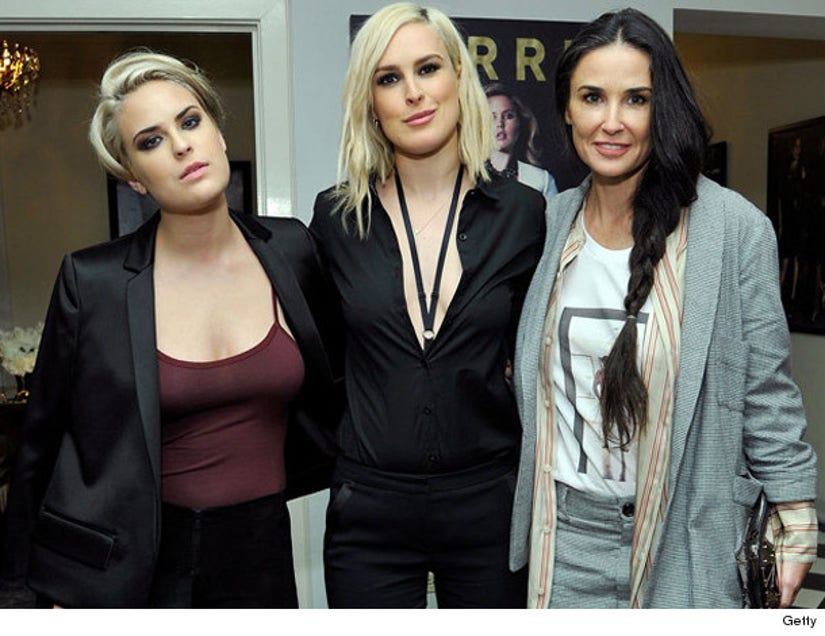 She recently made another rare public appearance with daughters Rumer and Tallulah at Tracy Paul & Company's TORRID brand dinner.

We love that the actress is so close with her daughters -- and it seems Rumer has stayed in touch with ex-stepfather Ashton Kutcher as well.

"I reached out to him when he had his baby the other day, which was so awesome. I saw photos of her. She's very cute," she said on Access Hollywood Live, referring to Kutcher and fiancee Mila Kunis' daughter, Wyatt Isabelle. 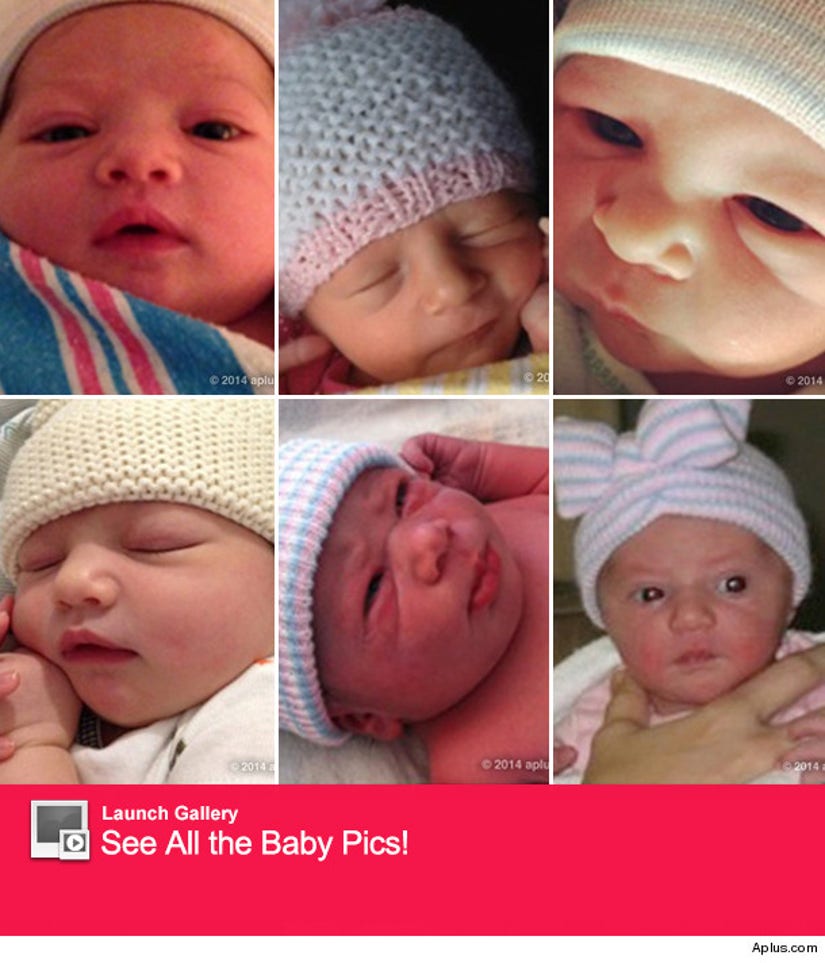 "It's nice as I've gotten older, I realized the other day that he was a year younger than me [now] when he and my mom started going out, so that would be like me meeting someone who already had three teenage kids and kind of going into that whole situation was crazy," she explained.

"It's one of the things that I admire the most about my parents is that they set such an incredible example for putting their children first and kind of keeping a family together no matter what," Willis said.

But will a Willis-Moore-Kutcher reunion ever happen? Probably not. "It would be the best reality TV special ever."