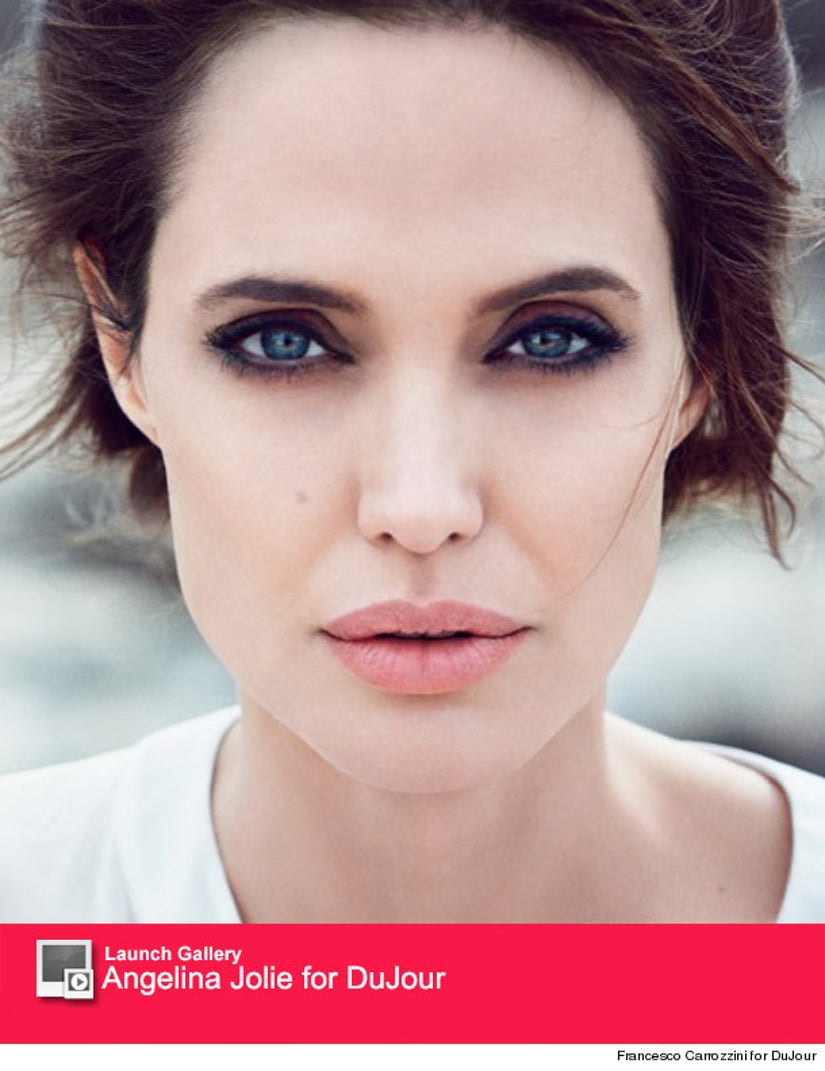 Angelina Jolie is making it a family affair on her upcoming film, "By the Sea," which costars husband Brad Pitt. The couple's 13-year-old son Maddox also works on set ... as a production assistant!

In an interview with DuJour magazine, the actress talks about directing her famous other half, her son's new job and her plans to continue her career behind the camera.

"It's so weird," the 39-year-old beauty says in the mag's winter 2014 issue, referring to her eldest son's new role. Vivienne, Pax and Zahara recently appeared in "Maleficent," while Shiloh was in "The Curious Case of Benjamin Button."

Even with their busy schedules, Angelina and Brad are adamant that their six kids remain a priority, personally and professionally. In fact, she says her new film "Unbroken" was made with their kids in mind.

"In the back of my mind, I wanted to make a film that would help my boys become better men," she shares. "They know Louie's story, so I'm able to say to them that it's not bad to be full of fire — it's
what you choose to do with that fire." 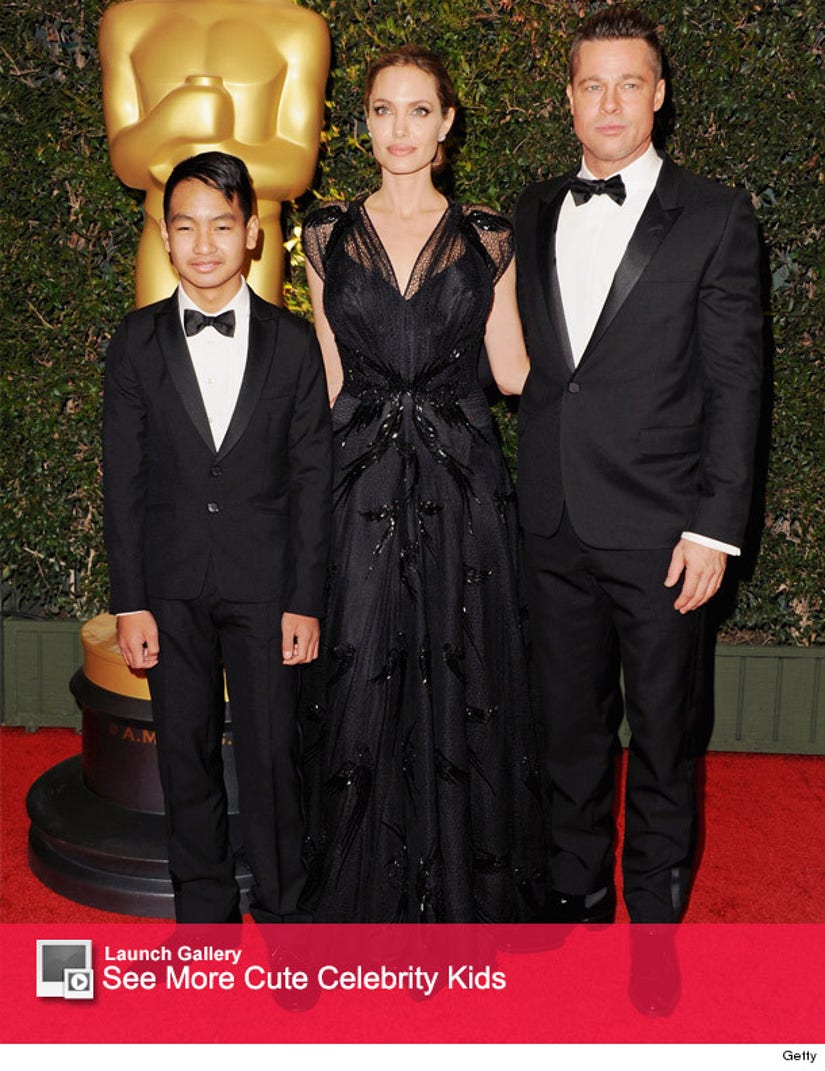 While the Oscar-winner seems effortless on screen, the "Mr. & Mrs. Smith" star is not nearly as comfortable on camera as she appears to be.

"I've never been comfortable as an actor; I've never liked being in front of the camera," she reveals. "I didn't ever think I could direct, but I hope I'm able to have a career at it because I'm much happier."

Mrs. Pitt confirms that she will likely be giving up acting in the future to focus on her work behind the camera. Jolie already has two films under her directorial belt -- 2011's "In The Land Of Blood and Honey" and "Unbroken" -- and is currently directing "By the Sea" with Pitt.

"The tricky thing is directing myself and directing Brad," she explains. "It's hard, dramatic material and we're balancing."

We can't wait to see Brangelina on the big screen again!