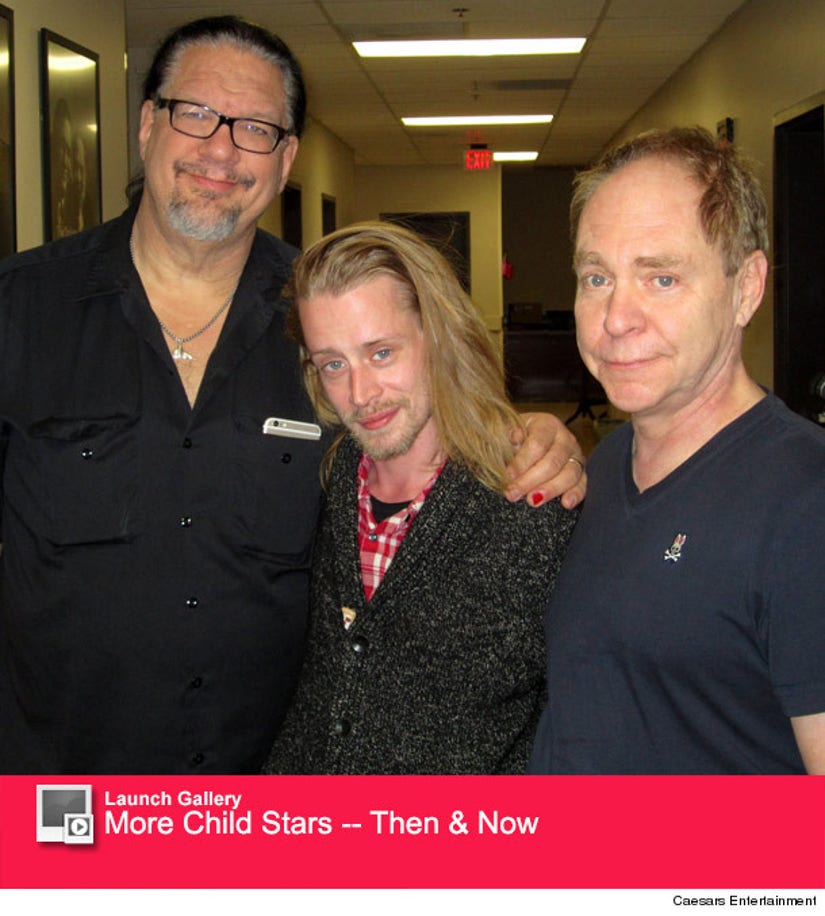 Macaulay Culkin is alive and well -- and we have the photo to prove it!

On the heels of last week's death hoax, the 34-year-old actor was spotted at Penn & Teller's show at Rio All-Suite Hotel & Casino on Monday night.

The "Home Alone" alum went backstage to meet the famed magicians while he was in Sin City to play a gig with his band, Pizza Underground.

Check out those extra long locks on Mac!

The former child star is the latest target of a celebrity death hoax, and he debunked the rumors with a hilarious homage to "Weekend at Bernie's." 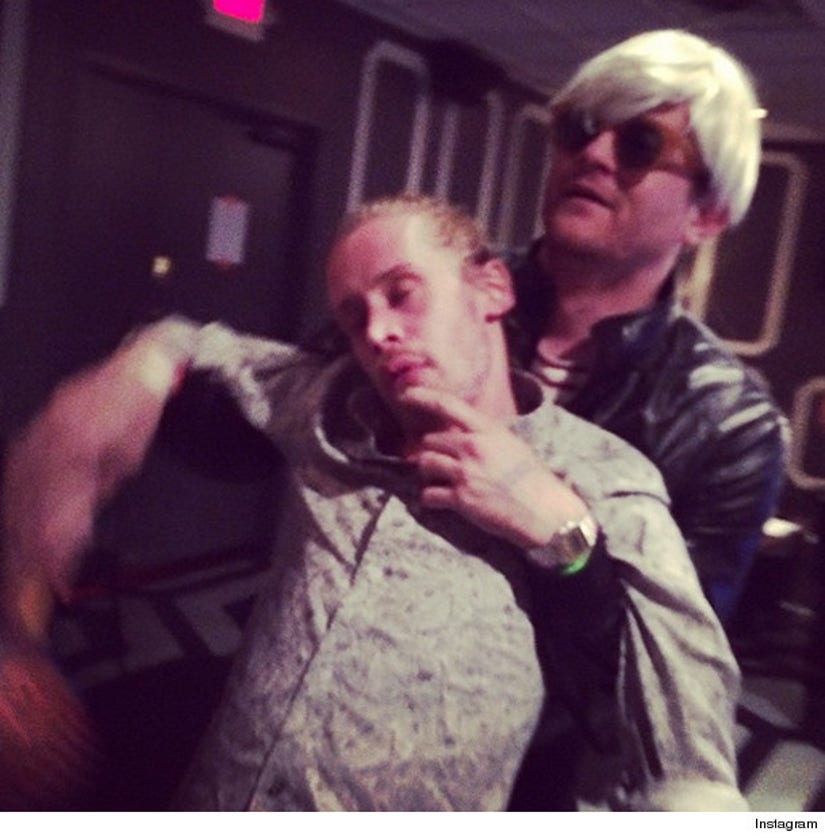 His band shared a photo of Culkin parodying a scene from the 1989 dark comedy, writing, "Weekend at bernies with @anchovywarhol #greenroom."

The cult classic stars Andrew McCarthy and Jonathan Silverman as two insurance company workers whose boss unexpectedly passes away. Instead of telling the truth, they prop up his dead body to try to make people believe he's still among the living.

"We're on tour you silly people," Mac added alongside another pic.

The Pizza Underground began a tour on Oct. 17 in Brooklyn, New York and the group has concerts scheduled in various cities and towns across the United States through Dec. 6.