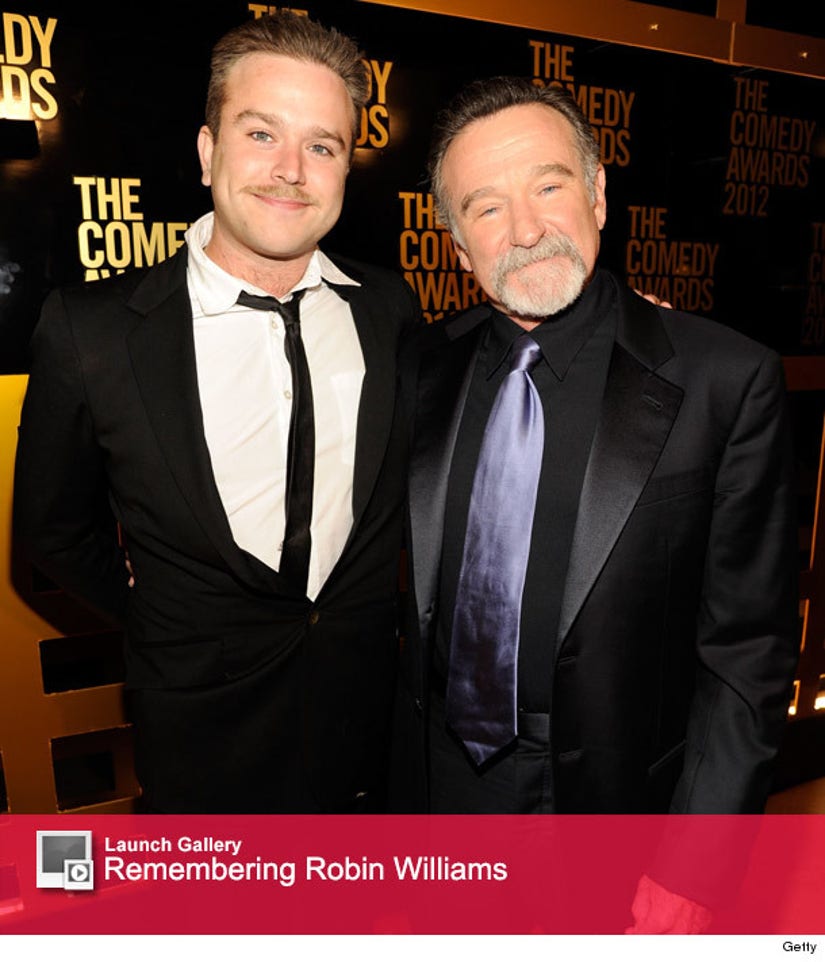 Robin Williams' family is still learning to cope with the actor's tragic passing.

The late comedian's son Zak Williams attended the Christopher & Dana Reeve Foundation fundraising gala on Thursday, where he spoke publicly for the first time since his father's death in August.

The 31-year-old revealed that he and his half siblings, Zelda and Cody, are "slowly adjusting to the life without their dad."

"We're acclimating to the new normal. Everything is step by step," he told Us Weekly at the event. "Personally, my wife and I are focusing on doing a lot of good. She runs the San Francisco office of Human Rights Watch, and we're working with them to do good in the world."

Zak also spoke inside the event about his father's friendship with the late Christopher Reeve and how the two were dedicated to helping others in need.

"They had a tremendous love for each other," he told the audience. "They always found time to give their all to those in needs. Bringing light and healing where there's darkness, pain, or suffering is absolutely vital."

Williams is committed to continuing his father's legacy, and he hopes to pass on Robin's lessons to his own kids. "Dad had almost a childlike love, and he shared that love with people, with everyone. That ability to love, and that ability to be generous and giving and kind is something we would want to share with future generations."