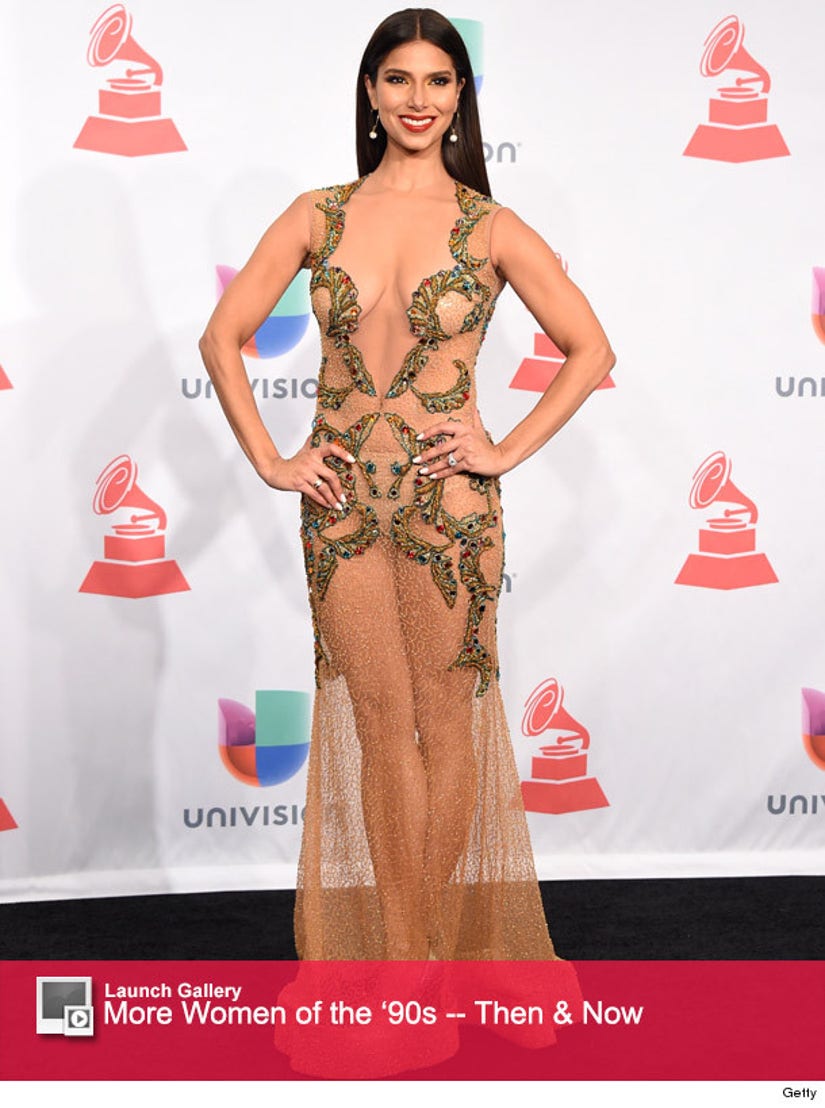 Roselyn Sanchez left little to the imagination at the 15th Annual Latin Grammy Awards in Las Vegas on Thursday night.

Donning a plunging sheer nude Ecliptica gown with an intricately bejeweled design, she put her killer curves -- and whole lot of cleavage -- on display as she posed for pictures on the red carpet.

The only thing covering up the "Devious Maids" star's naked bod was a pair of nude underwear. It takes a lot of confidence to show this much skin! 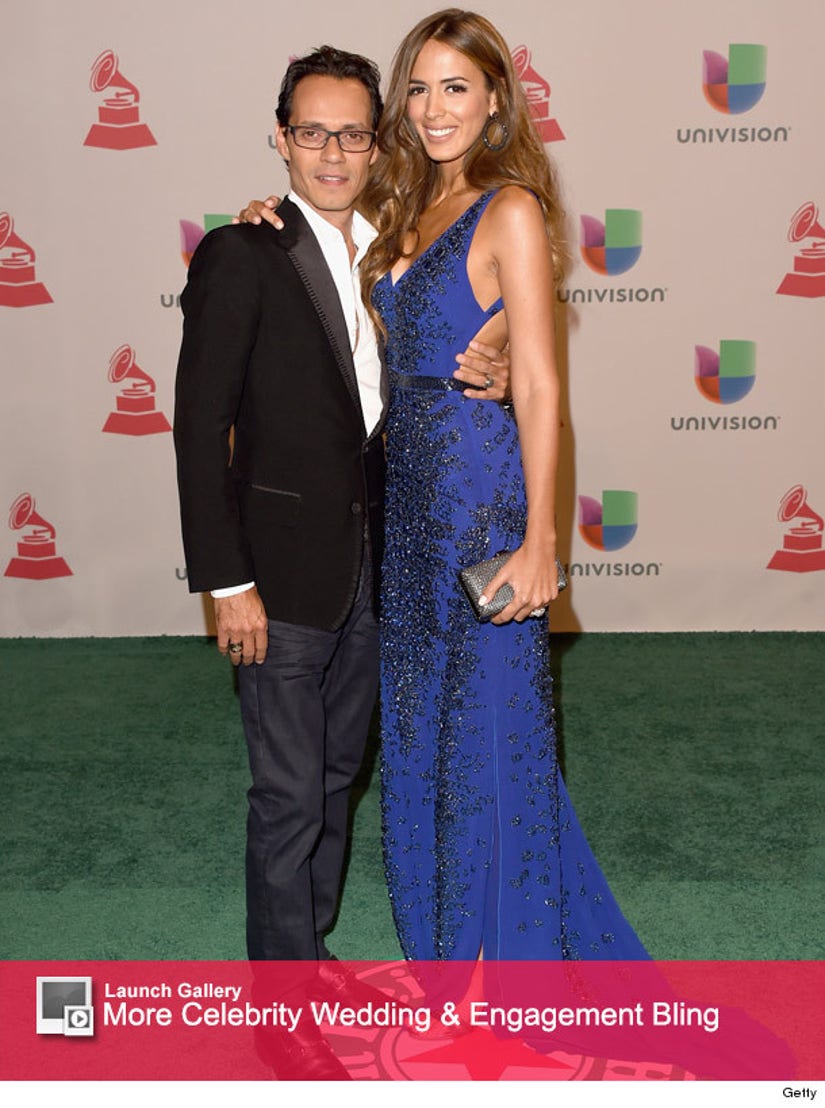 Marc Anthony and his new wife Shannon De Lima also made their red carpet debut as a married couple at the star-studded event.

The couple tied the knot in Dominican Republic on November 11, after a engagement that was only first reported a week ahead of the ceremony.

The model looked stunning in a low-cut beaded blue gown with black embellishments as she stood next to her dapper hubby. Check out their new wedding bling!

Anthony took the stage twice, once with pop group Magic! and then again with Carlos Vives.