Are you ready for a whole new breed of Bravolebrity?

The network is branching out from its incredibly popular reality shows for something scripted, bringing fans a different kind of housewife.

"Girlfriends' Guide to Divorce," Bravo's first foray into scripted television, is an adaptation of Vicki Iovine's series of "Girlfriends' Guide" books ... and follows Abby, a self-help guru who hits the reset button on her life after a very public separation from her husband.

toofab's Anna Kachikyan was at the red carpet premiere for the new show, where she talked with stars Lisa Edelstein, Beau Garrett, Necar Zadegan, Alanna Ubach and creator Marti Noxon about what sets this series apart from other dramas out there ... and what it's like to become a "Bravolebrity."

"I certainly get to use more of me in Abby than any other part I've ever had in my life," says Edelstein of her role. "When you're a supporting character, especially on a show like "House," your job is to move the story along. When you're in a drama like this, there's more opportunity to tell a broader story and more detailed story about a person's humanity."

"There are certain things in reality shows that you don't get to see, behind the door stuff that doesn't happen," adds Noxon. "In a weird way, this show gets to be more real. We get to take you behind that curtain."

But there are some who want to keep the show ... or at least its advertisements ... under wraps. 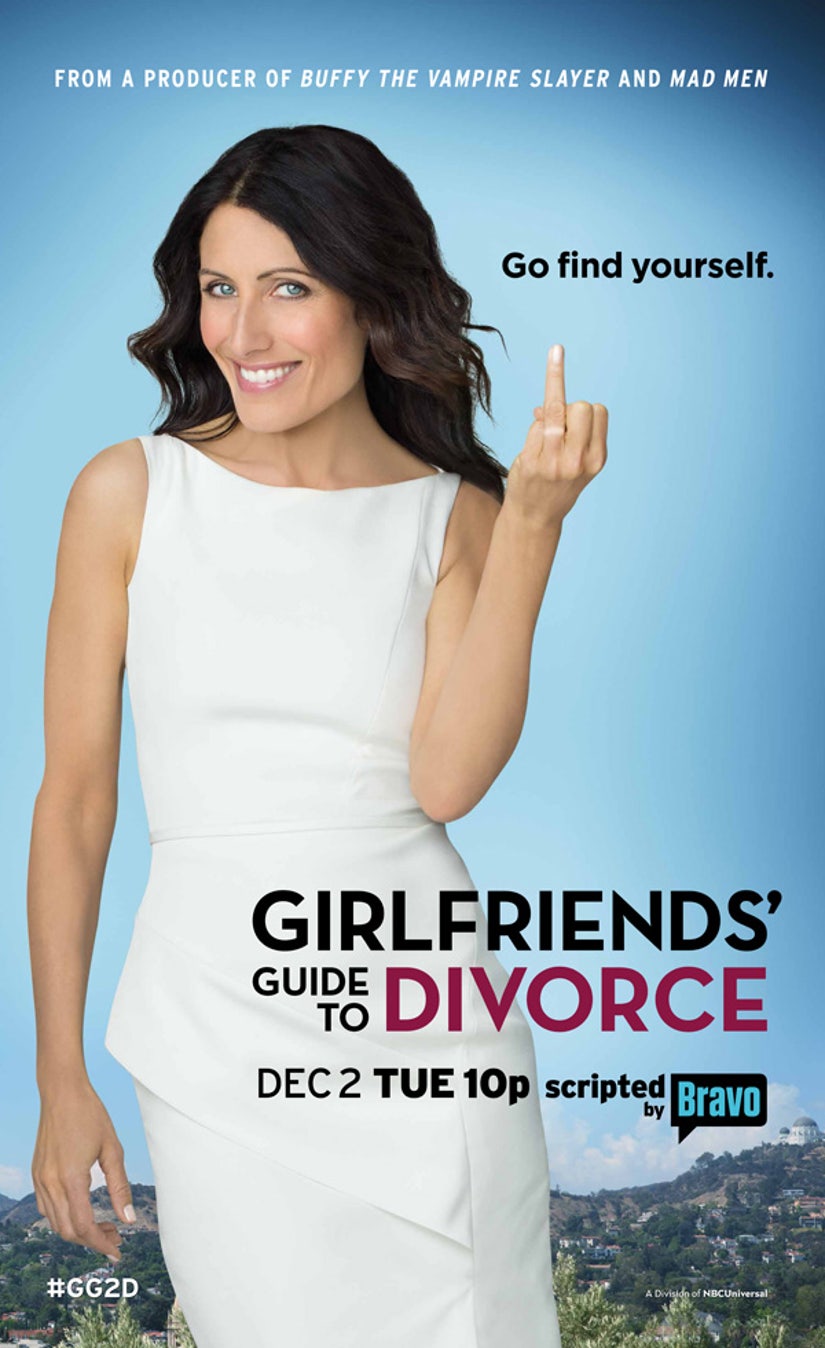 The network recently found itself in hot water after some of the promotional art for the first season was rejected for city subways and buses in Los Angeles and New York City. The banners, which showed Edelstein holding up her ring finger and the words "Go find yourself," were reportedly considered "inappropriate."

"No one's actually ever seen the show. They're just creating story around a very provocative image, which is so simple," says Edelstein of the backlash.

"I think the banner is absolutely frickin' great," adds Ubach. "I think it's very important for people to find themselves!"