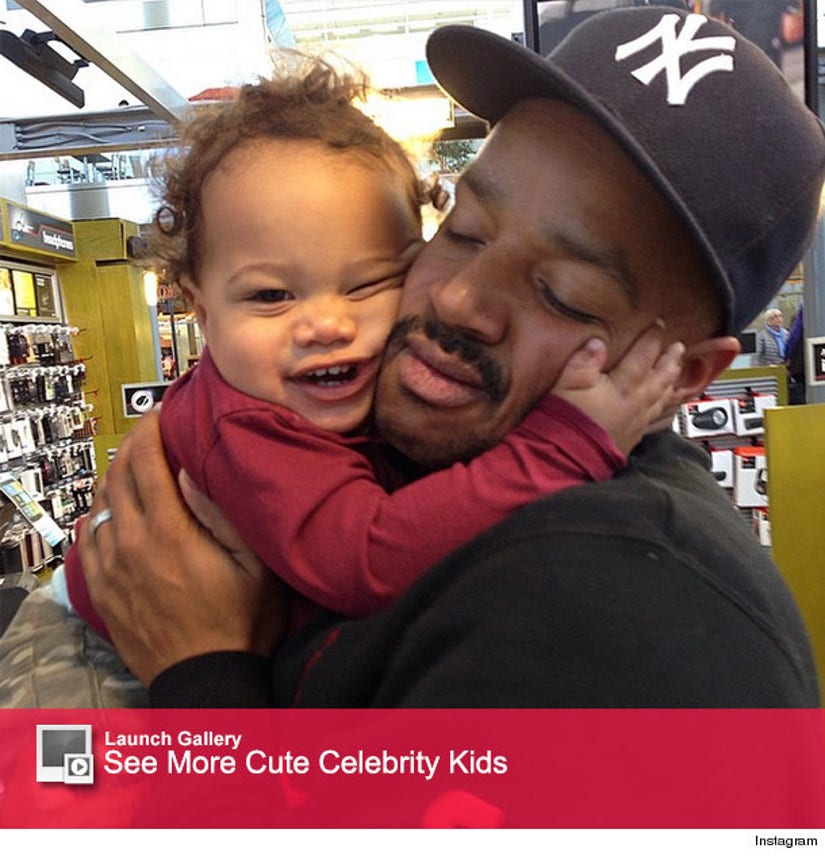 Little Rocco looks just like his famous dad in the shot, grabbing on to the "Scrubs" actor's head with a giant grin on his little face.

The cute couple tied the knot in Zach Braff's backyard in 2012, and announced that they were expecting their first child together shortly after.

Even before the pair said "I do," CaCee was eager to start a family. "Right when we decided we wanted to get married, we realized we wanted to have a baby. We were very lucky, though -- we did it all in one weekend," the actor told Us Weekly last year. "We tried so hard before we got married and it didn't work."

"Well, before you say we tried so hard, there are a lot of people out there that tried really hard," Cobb added. "We just had a s**tload of sex and it wasn't happening."

Faison and Cobb are adding to their brood, too!

In October, the pair announced they're expecting their second child with one super cute pic of Rocco wearing a shirt that read, "I'm A Big Brother!!"