This should be fairly obvious by now ... but SPOILERS AHEAD. If you haven't watch Sunday night's mid-season finale of "The Walking Dead" STOP READING NOW. 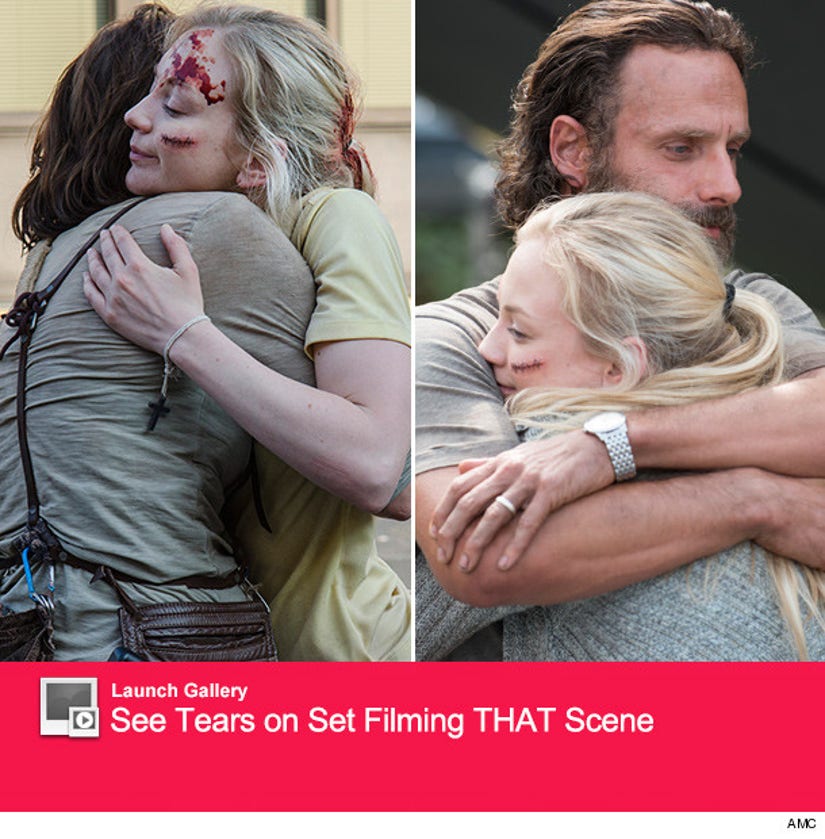 There's no way to do this recap without starting out with those final moments. Yes, we all kind of saw it coming, but when Daryl cries, we all cry -- and Beth Greene's death will go down as one of the most painful to watch.

After a trade between two of Dawn's cops for Beth and Carol, it seemed like everyone was going to make it out of the episode unscathed. But no, this is "The Walking Dead" -- and it wouldn't be a mid-season finale without a major death. 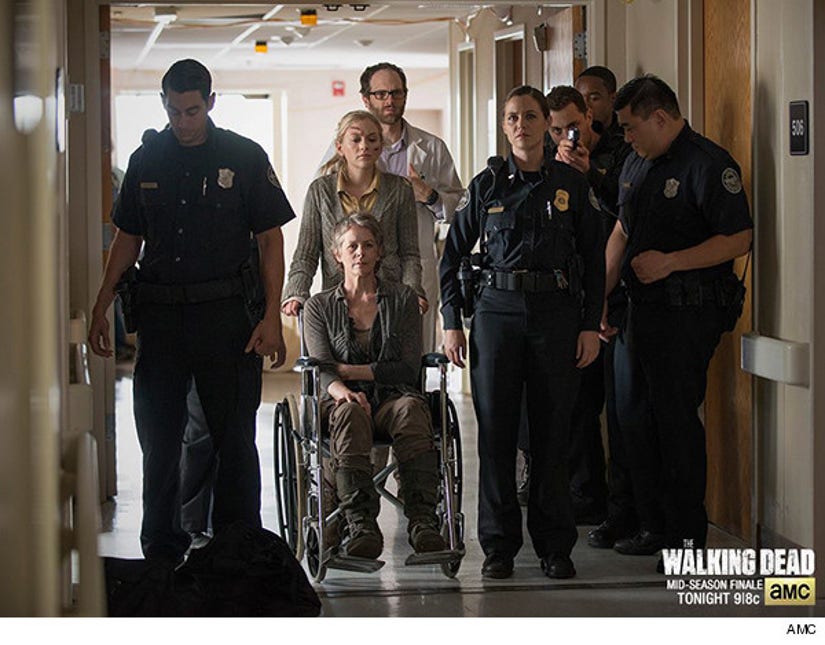 Dawn demanded our favorite group of survivors also turn over Noah, who had escaped from the hospital a couple episodes back. Beth went to hug him goodbye, when Dawn delivered the final blow -- saying to him "I know you'd be back." That set Beth off, whipping some scissors out of her cast and stabbing Dawn in the chest. Dawn, in turn, blew a hole through Beth's skull.

Cue the shocked faces from the entire cast ... and Daryl killing Dawn with his own gun. Tears were visible in Rick, Carol and Daryl's eyes as the remaining cops tried to call a truce, putting the blame on Dawn ... who was now dead.

Rick agreed and told them anyone who wanted, could leave with them. It looks like Noah took them up on that offer.

The episode ended with one of the most heartbreaking moments ever, with Maggie Greene showing up to rescue Beth ... who Michonne just told her was alive. As Maggie walked through the gates, Daryl walked out of the hospital, with Beth's dead body in his arms.

The episode also really set a lot in motion for the second half of the season ... and leaves us with some serious questions. Keep reading for the 5 things we can't wait to find out. 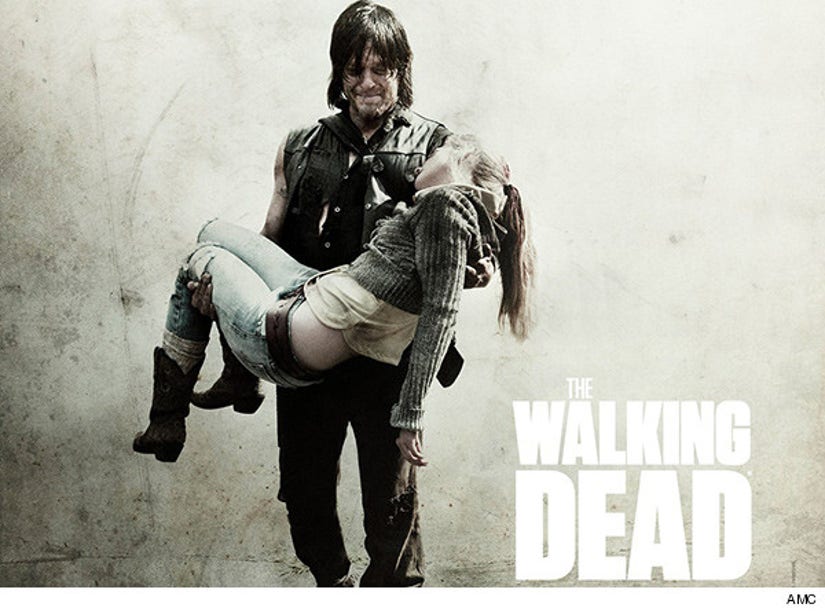 1.) How will Beth's death affect Daryl?

In the past couple weeks, Daryl has been playing peacekeeper more than ass-kicker. On his mission to Atlanta with Carol and with his plan to rescue her and Beth from the hospital, he acted against going in guns-blazing ... opting for strategy and a clear head.

Without Beth there to keep him grounded, we might see him go to the dark side, falling more in line with Carol and Rick ... who have both made some questionable decisions this season.

And, as one commenter pointed out below, if they had gone the attack route ... would Beth still be alive now?

Poor Maggie Greene. Her father was decapitated in front of her by The Governor and now, her sister has been brutally murdered too ... moments after she was given a glimmer of hope about her whereabouts.

Until now, Maggie thought her sister was already dead. Now that she knows for sure, will that make it any easier to go on ... or will she fall into some kind of depression?

One thing's for sure: If Glenn dies, this show really has it out for the eldest Greene daughter. 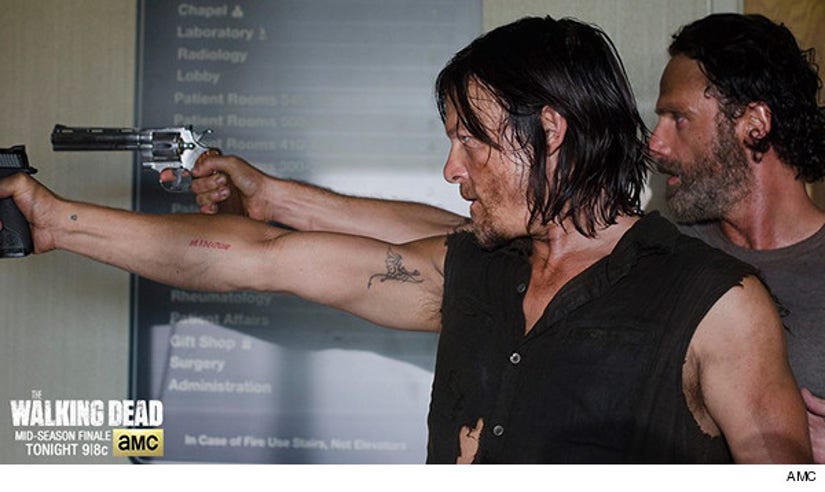 It's clear the survivors aren't going to stay inside the city or anywhere near the hospital, with or without Dawn running the place. They're also probably not going to D.C., now that Eugene revealed he lied about that whole cure thing.

So ... what's next? They're a group without a mission right now.

In the preview for the second half of the season, it sounds like they're looking for somewhere they can once again settle down, like they did at the prison. Could the Aleandria-Safe Zone, a neighborhood from the comics, be coming soon?

The episode started with Rick Grimes running down Lampson, who had just attacked Sasha, and then shooting him in the head.

It was a brutal moment ... and one that he didn't seem to have any regrets about.

Between this and the violent execution of the Hunters earlier this season at the church, Rick has definitely come a bit undone. But will it get worse before it gets better?

Morgan's been following the markings Gareth and the Hunters were making, leading him to the church. Lucky for him, the survivors took care of them before Morgan caught up!

Now that he knows he's also on Rick's trail, how long until they two finally meet up? Will Morgan start making his way to D.C. now ... and will anyone actually be there?

What do you think of tonight's episode? Did you think Beth would be the one to go? Sound off below!