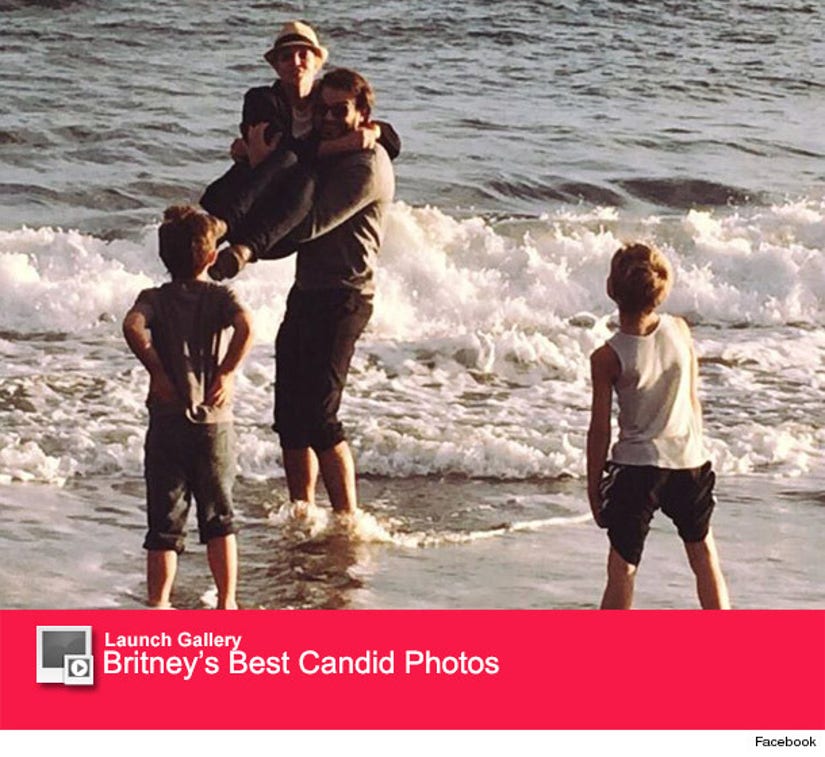 Things are getting serious between Britney Spears and new boyfriend Charlie Ebersol!

The pop star posted a pic on Facebook on Sunday night, showing her spending time with her new man and her two children, sons Jayden James and Sean Preston.

"So grateful for family time this weekend. [Heart] my boys," she captioned the pic -- which shows the foursome on the beach, Britney in her boyfriend's arms.

This is just one of a few sightings of Britney with her new beau, who she's been dating for about a month.

According to TMZ, the two met through mutual friends and their first date was a lunch. But, before they ever came face-to-face, her father made Ebersol sign a non-disclosure agreement ... something he does with pretty much everyone who comes in contact with her.

It doesn't look like that was much of a problem, as they look happy as can be in the photo above.

Ebersol is the first person she's been linked to since her ex, David Lucado, allegedly got caught cheating on her back in August.