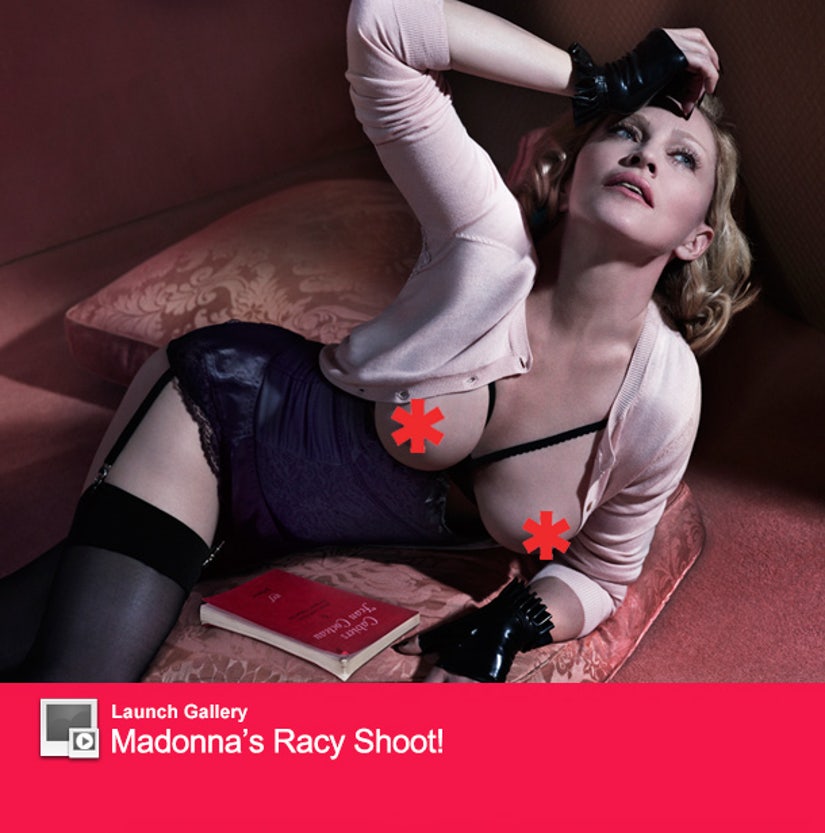 Madonna is back ... and so are her nipples!

The 56-year-old pop star is showing some serious skin again, this time for a new spread in Interview magazine. Sporting a bra that reveals all, the Queen of Pop follows Kim Kardashian's attempt to #BreakTheInternet with a topless photo shoot of her very own.

The singer opens up to illusionist David Blaine, of all people, for the accompanying article -- where she gets candid about past drug use and getting inspiration from her four children.

When asked about a song from her upcoming album that references drug use, she makes it clear it's all in the past ... and wasn't something she ever really enjoyed. 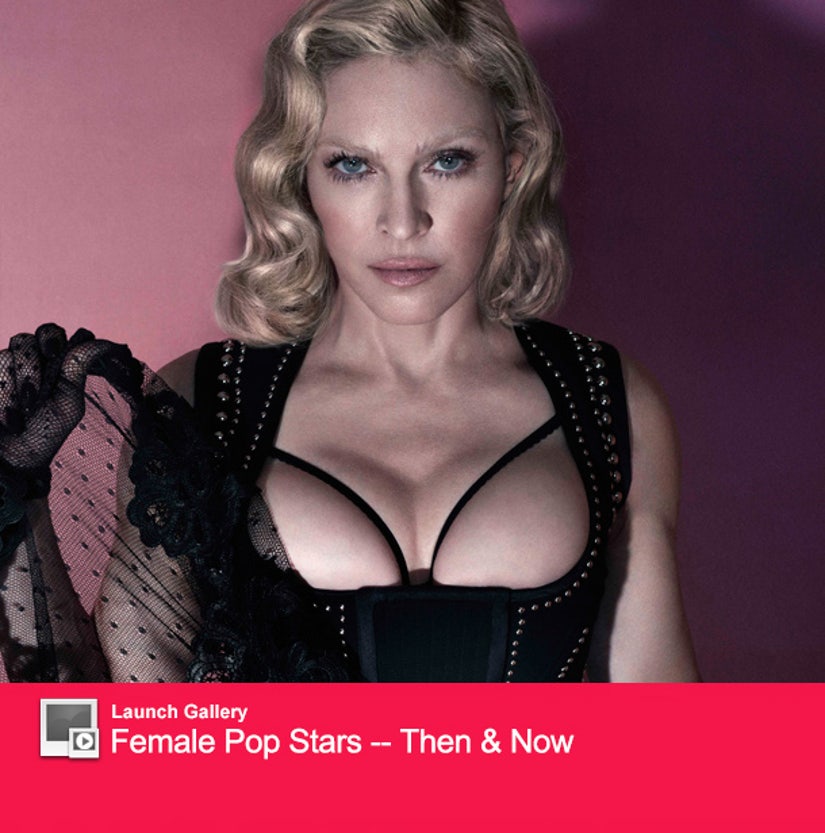 As for where she gets the best material these days: Her children.

"Stuff they say. Like, my son came to the studio the other day and said he didn't want to go home. I said, 'No, you have to go home; it's time for bed.' And he said, 'Mom, I feel like I'm isolated from your heart.' I was like, 'Oh, that's a good line. I have to use that,'" she tells Blaine.

"You get it [inspiration] everywhere, the high and the low. You've got to be open to it all. Suffering is a big informer, a big catalyst for creation. You take your sadness, your despair, your sense of injustice, and you put it in your work."

Check out the full 1-on-1 and the rest of her racy shoot over at Interview!