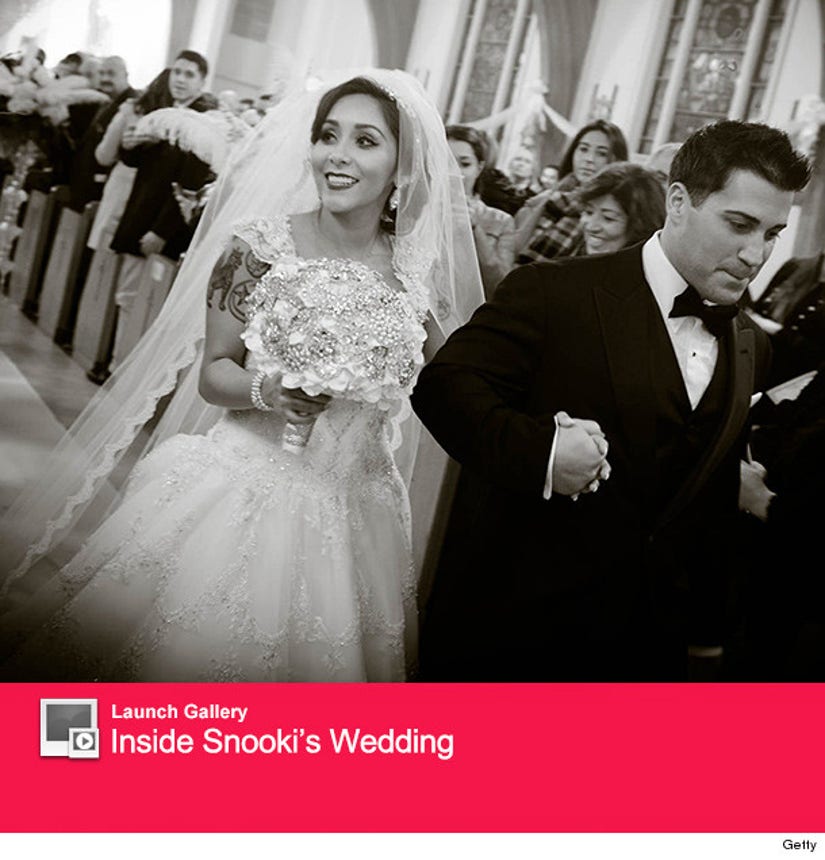 Hope you're not sick of seeing Nicole "Snooki" Polizzi in her wedding dress -- because we just got a ton of new pics from her big day!

The reality TV star just released her official photos from Saturday's nuptials with Jionni LaValle, giving us a much better look at her Great Gatsby-themed affair.

In one photo, the beaming bride can't contain her happiness as she's seen walking down the aisle with her new husband right after saying "I do." Sporting a white embroidered dress from Eve of Milady and a veil from Boutique de Voile, Snooki also had no problem showing off her shoulder tattoos inside the St. Rose of Lima church in East Hanover, New Jersey. 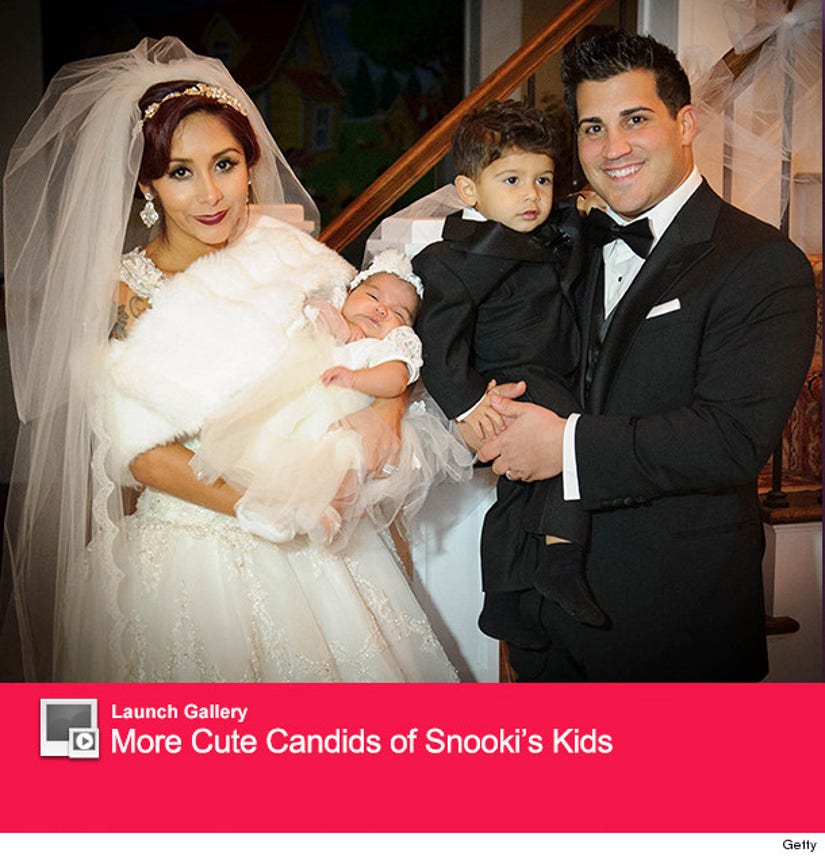 In another shot, we get our first glimpse at the couple's two adorable children, Lorenzo and Giovanna.

An emotional-looking Snooki is seen cradling her baby girl, who was born just two months before the wedding. Little Enzo, who turned two in August, was precious as ever in a black suit.

Lorenzo was the ring bearer for the ceremony, while Giovanna reportedly acted as flower girl from the "comfort of her stroller." 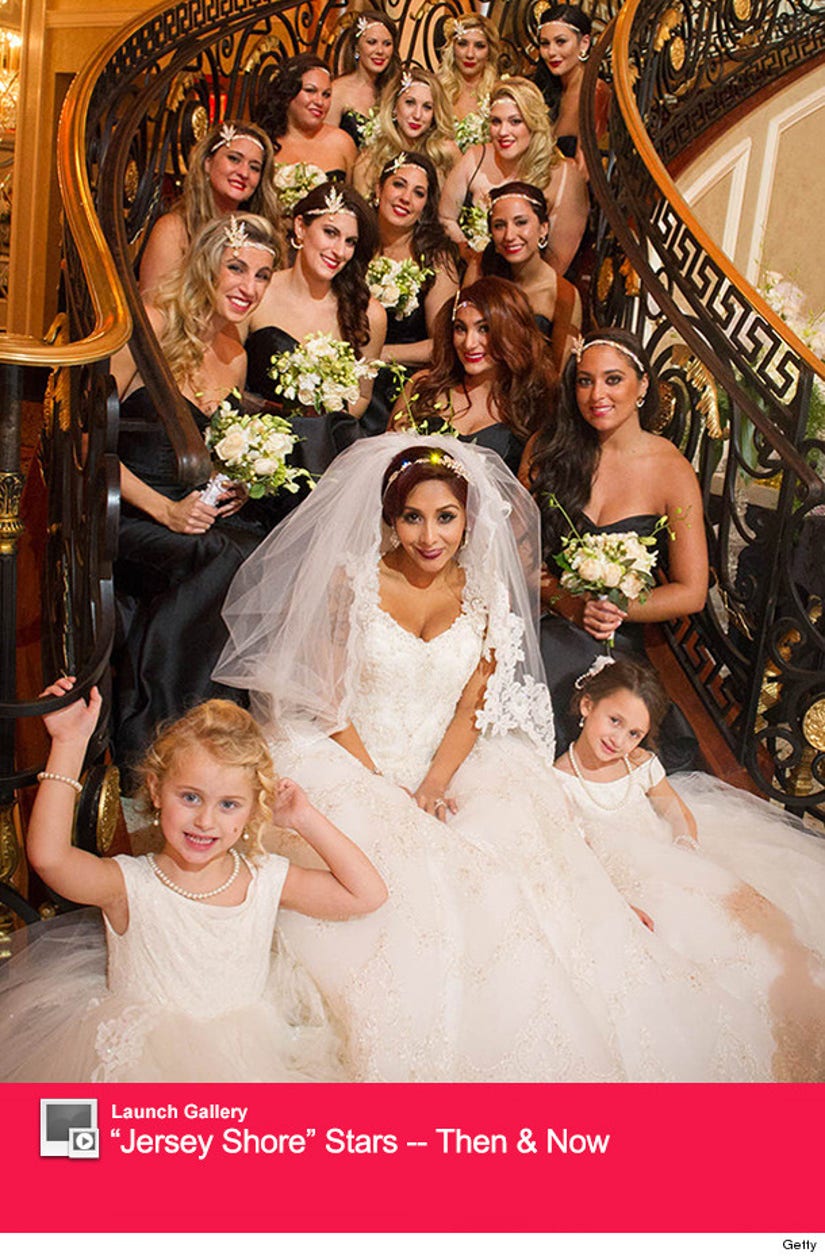 Now take a look at all those bridesmaids!

It looks like Snooks had a whopping fifteen of 'em for the ceremony, while Jionni reportedly had 17 groomsmen -- bringing the wedding party to a giant 32 people.

MTV alums Pauly D and Ronnie Ortiz-Magro were also on hand for the event -- see them in the first gallery on this page. The Situation and Vinny Guadagnino, both of whom Snooki feuded with on the reality TV show, were MIA. 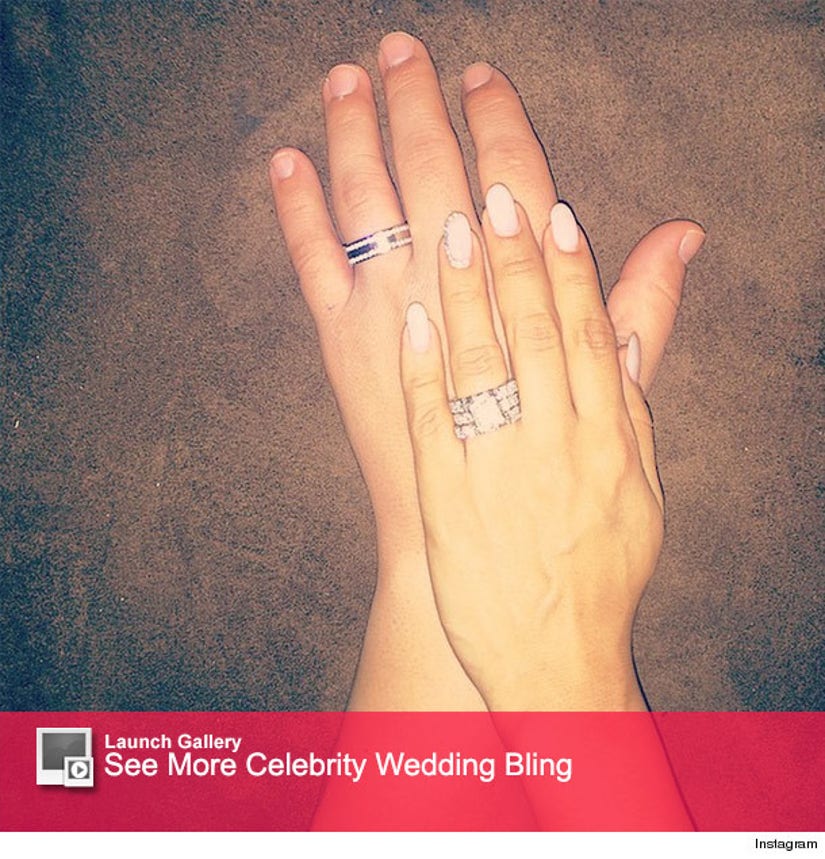 And, last but not least, get a look at their rings!

Snooki posted the pic above last night, showing she and her new husband holding hands and showing off their brand new accessories. "Thank you @bandbjewelry for our gorgeous wedding rings we couldn't be happier," she captioned the shot.

The duo spent their first day of married life eating McDonald's and watching "The Walking Dead," according to Nicole's tweets from Sunday.

Hungover with my husband. (That will not get old) getting mcdonalds and being slobs together. Waiting for walking dead tonight 😍😍😍