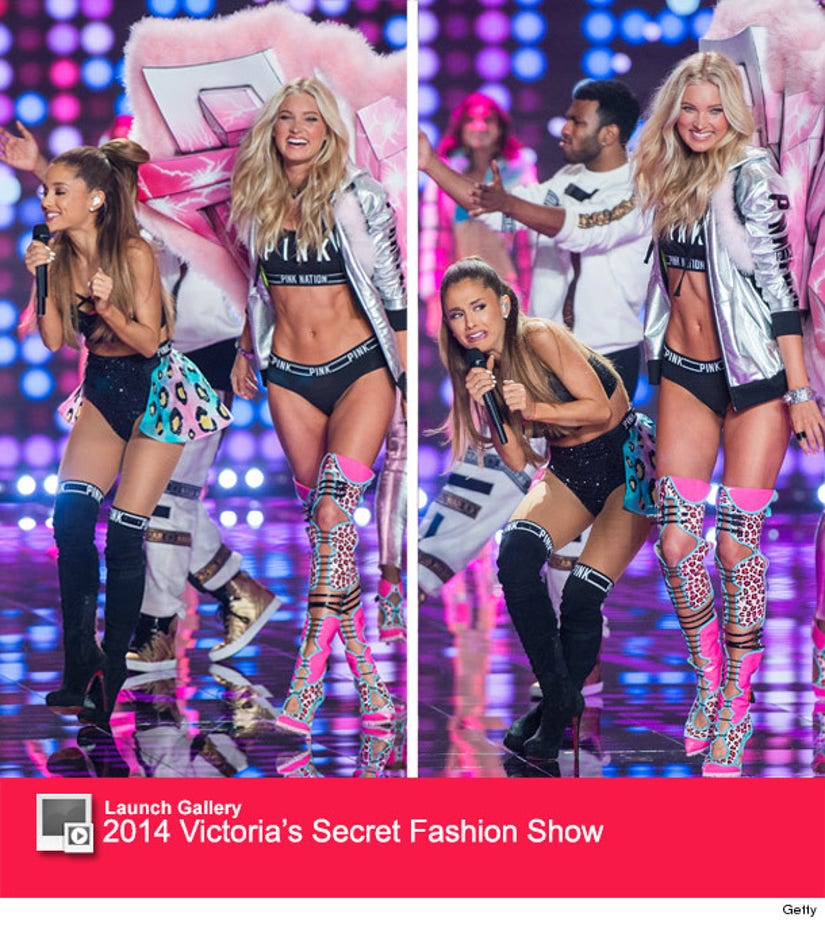 Ariana Grande hit the stage on Tuesday in London for the 2014 Victoria's Secret Fashion Show ... and someone on the stage hit back.

While the singer was performing during the "Pink" portion of the model parade, she had an unexpected encounter with blonde stunner Elsa Hosk, who accidentally bopped her in the head with her giant fuzzy pink Angel wings!

Though we doubt the interaction actually hurt the 21-year-old singer, she did make quite the hilarious reaction face -- look at that fear in her eyes.

Grande took to Twitter after performing, where she the moment was nothing short of "awesome."

Check out more photos from the show, including all the runway shots and performance pics from a very sexy Taylor Swift.