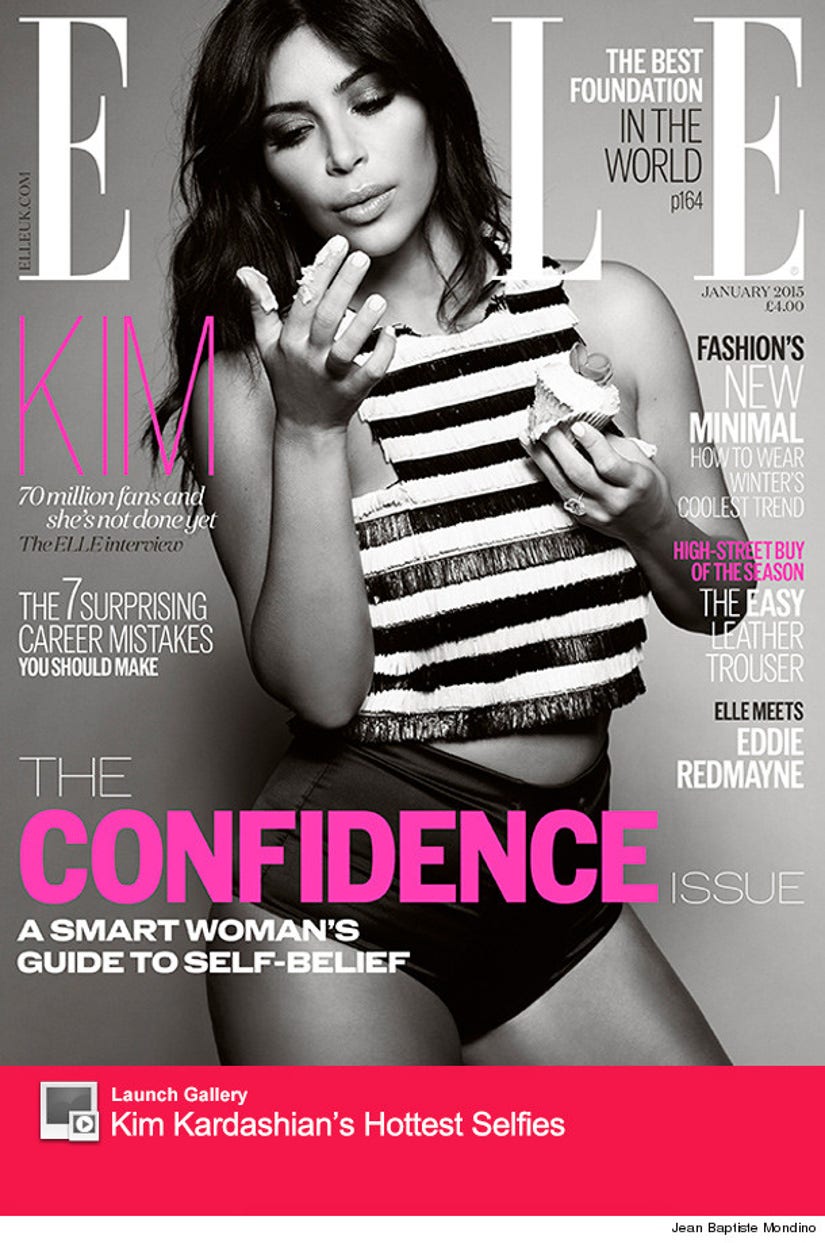 The "Keeping Up with the Kardashians" star covers the new issue of Elle UK, where she opens up about learning to appreciate her curves and her struggles with getting pregnant.

While the 34-year-old has one of the most enviable bods out there, as a child she wanted nothing more than to be stick skinny. Her late father, Robert Kardashian, played a huge part in helping Kim believe in her self worth.

"When I was 13 my father wrote me a letter. I was unhappy with my body – I developed really early. Every night I would sit in the bath and cry, I prayed my boobs would stop growing. He told me I had a body not many girls have, that later it would lead to attention from men, but that the most important thing was that I was a wonderful girl and I had to understand my self worth," she remembers.

Today, the mother-of-one feels great in her own skin, and loves showing off her curves -- she did nearly "break the internet" last month!

"It's taken me a long time to be happy with my body and for my confidence to grow to what it is today. I grew up when the body to have was the tall, slim, supermodel one, like Cindy Crawford's. No one looked like me. It's good to break the mould and recreate one. I'm an Armenian girl, I have shape, and it turned out people liked that. That makes me feel good about myself and about other women for being so supportive. I am a confident woman, but I didn't just arrive confident – it has built over the years and that is a big part of who I am now," she reveals. 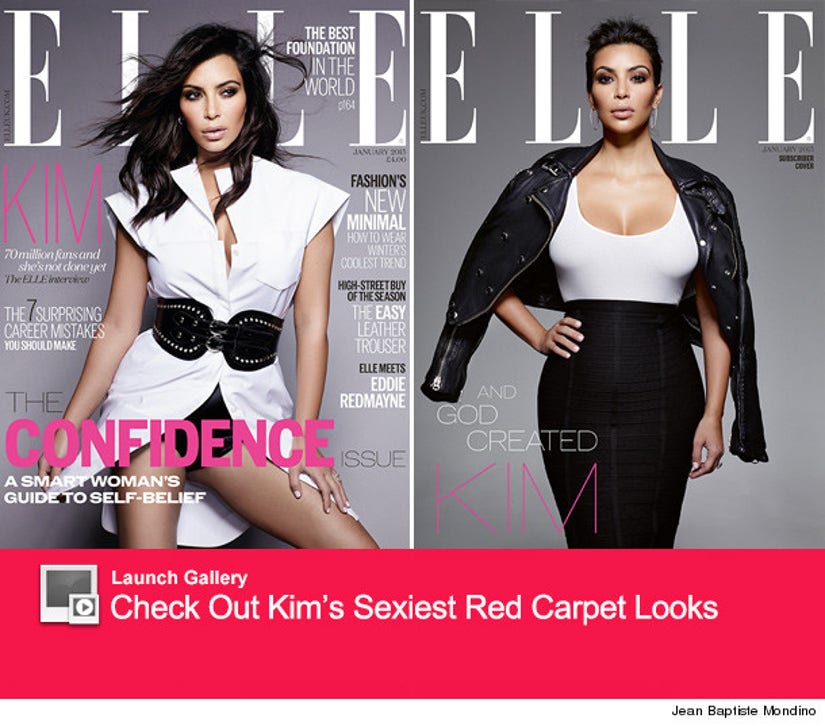 The brunette beauty also reveals that she tries to not get too upset about any leaked photos of her ... since she's putting it all out there anyways.

"I feel violated because these are private pictures. I didn't choose for them to be out there. But I'm also realistic. I'm on covers of magazines practically naked, so I can't go crazy about it. The only choice I can make is to not let it shake me up. I'm not having that choice taken away from me," she tells the mag.

The reality star also tells the mag that her daughter North West was a true blessing, especially since she was told that she'd never be able to conceive!

"A few years ago I was told I could never get pregnant. Three different doctors told me the same thing, which is why I wanted to have my eggs frozen," she explains. "I was just about to do that when I found out I was pregnant with North."

Kim -- who tied the knot with baby daddy Kanye West over the summer -- also says that the pair's currently trying to have more children.

"I want a boy and another girl; I want it to start happening straight away. I loved being part of a huge family – and I want that for North. We'd do IVF if nothing happens, but we both want to keep trying naturally," she confesses.

Well, Kim and Kanye definitely make some cute babies together!

What do you think about the Kardashian's candid comments? Sound off below and click "Launch Gallery" above to see more sexy shots of Kim!