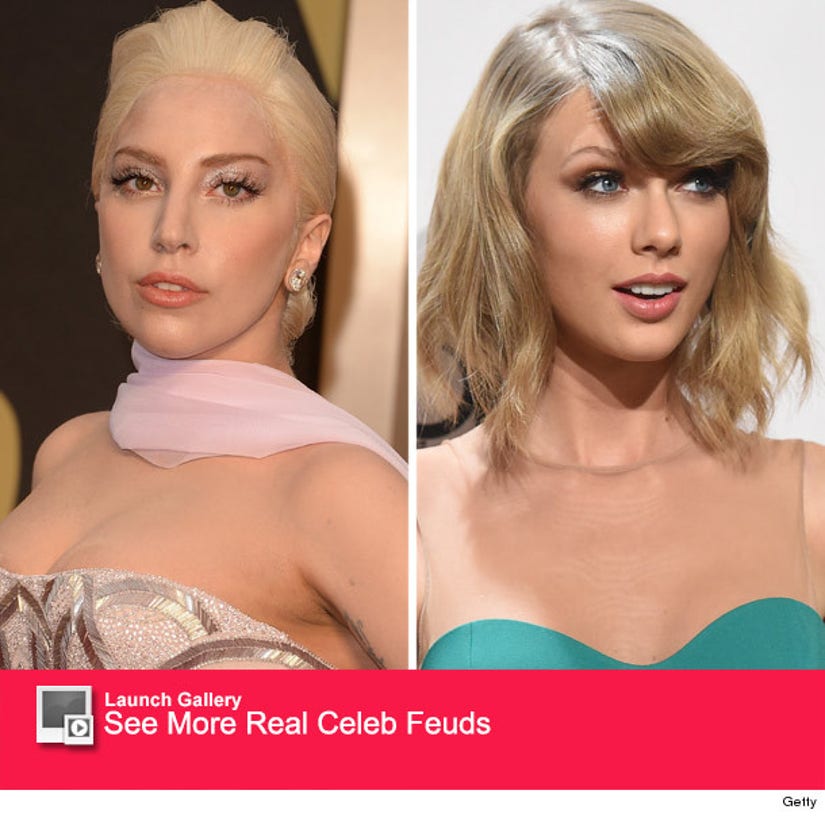 Lady Gaga's weighing in on the world phenomenon that is Taylor Swift!

The "Applause" singer chatted with Howard Stern on Tuesday during his SiriusXM show "Howard 100," where she opened up about her experiences with the adorable pop star.

"You know, I've met her a few times, and I can't say anything bad about her," Gaga told Howard.

The singers first met at the American Music Awards, where the 24-year-old gushed to Gaga about her last album, "ARTPOP."

"It was at the AMAs or something – her and I were sitting next to each other, and she goes, 'Oh my god! I love ARTPOP! And I love 'Applause!' 'Applause is my favorite song!,'" Mother Monster explained, referring to their first encounter.

Well, the 28-year-old was dead wrong! The "Do What You Want" singer ended up getting a call from her stylist shortly after meeting Swift, where he confirmed that the former country singer was in fact a very big fan.

"He goes, 'Taylor Swift is here blasting ARTPOP so loud, and she is dancing, and she's posing,'" Gaga revealed.

"I said to myself, 'I like this girl.' You know why? Because she said the same thing to my face as she said behind my back," Gaga confessed. "Yeah, I like her."

We'd think Gaga and Taylor would make an amazing collaboration -- what do you think about the "Bad Romance" songstress' candid comments? Sound off below and click "Launch Gallery" above to see some real celebrity feuds!