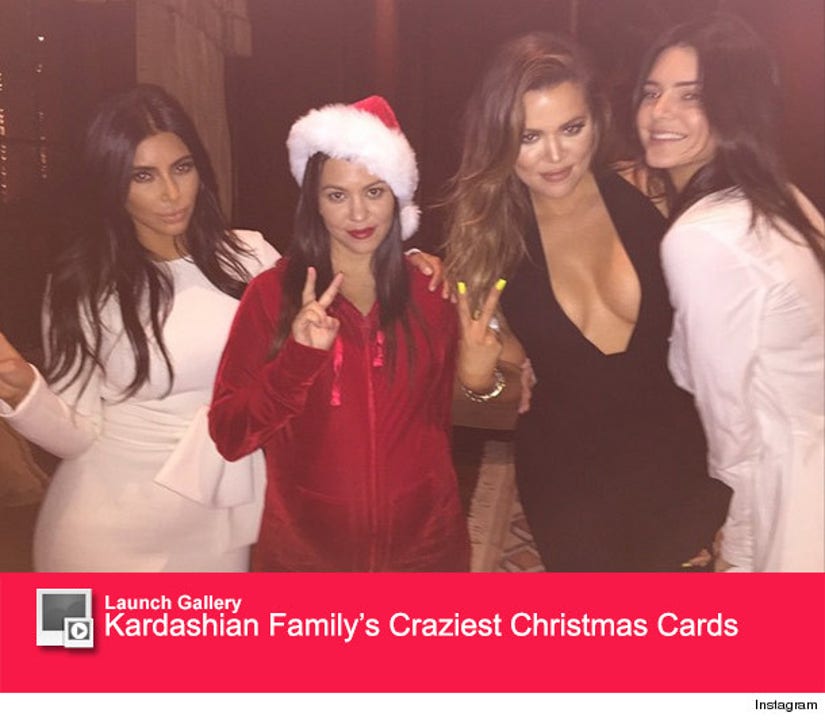 Happy holidays from the Kardashians!

While Kim and Kendall kept it simple in white, a very pregnant Kourt stayed comfortable in a red pajamas and a Santa Claus hat. But it was Khloe who REALLY made a statement, attending the soiree sporting a very sexy black dress that put her ample cleavage front and center.

Is it us, or does Khloe look a lot like Chrissy Teigen here? Not a bad person to be compared to.

As Kim previously revealed the family probably wouldn't be doing one of their amazing Christmas cards this year, this might be the closest thing we get to one. Say it ain't so!

Hopefully we at least get one with little North West, right?

The "Keeping Up with the Kardashians" clan weren't the only celebs in attendance at the bash. Christina Aguilera, Gwen Stefani, Julianne Hough, Kate Beckinsale and Courteney Cox were also spotted at the event. 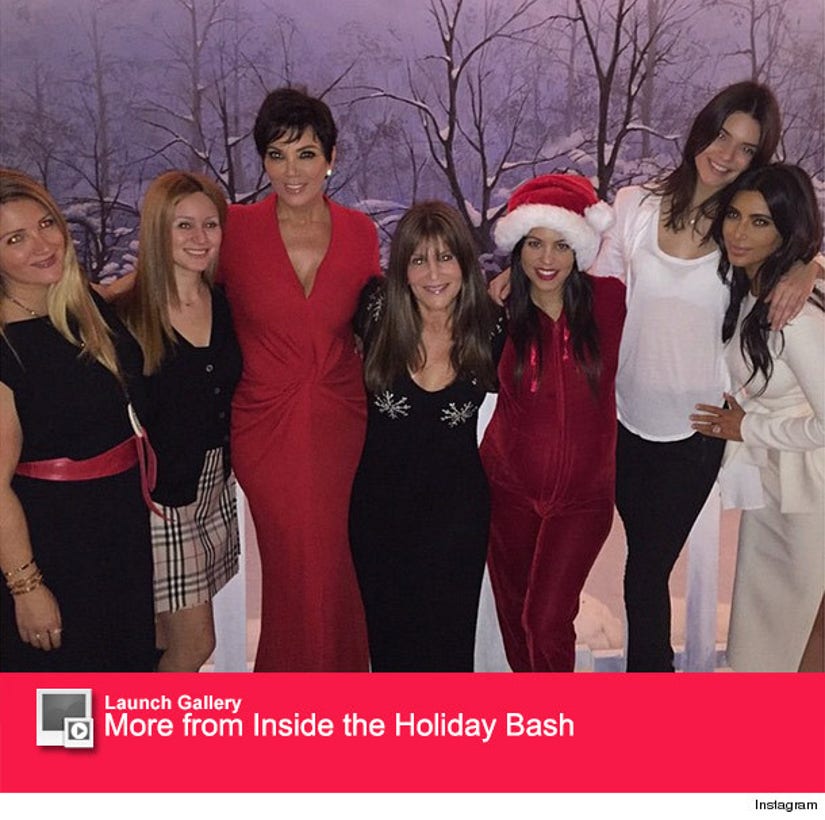 What do you think of Khloe's revealing getup? Sound off below!