Alessandra Ambrosio works hard for her fit physique ... but even models chow down from time to time!

The brunette beauty shared some of her pre-runway diet and fitness secrets and revealed juicy details from the VS after-after party, where the models were joined by Taylor Swift.

"After the show we had a pizza party. We had the after-party for Victoria's Secret and after that we had another after party," she tells us. "The after-after party was all about pizza. There was pizza floating everywhere in the place. It was delicious. We were very happy."

Ambrosio and fellow Angel Adriana Lima were both chosen to wear the blinged-out Fantasy Bras this year -- a first for the sexy lingerie brand. The stunning undergarments were decked out in 16,000 different gemstones and worth a cool $2 million each!

There were also some huge musical performances at this year's show -- the "Blank Space" singer took the stage for her second year in a row, in addition to Ed Sheeran, Ariana Grande and Hozier.

What do you think about the 33-year-old's candid comments? Sound off below and check out the gallery to see all the amazing runway photos! 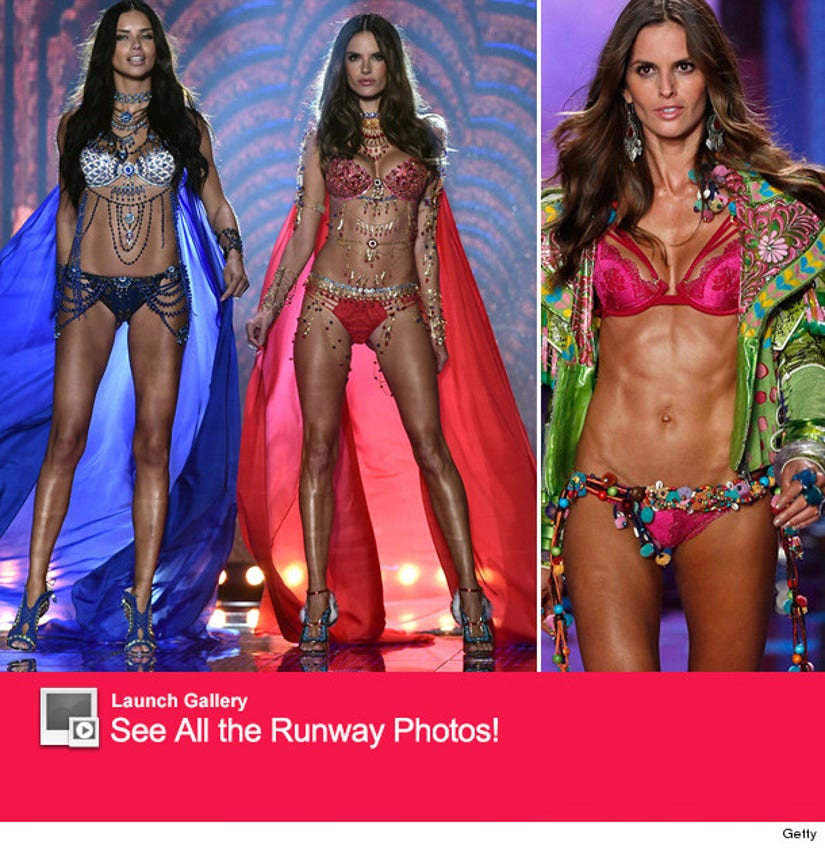