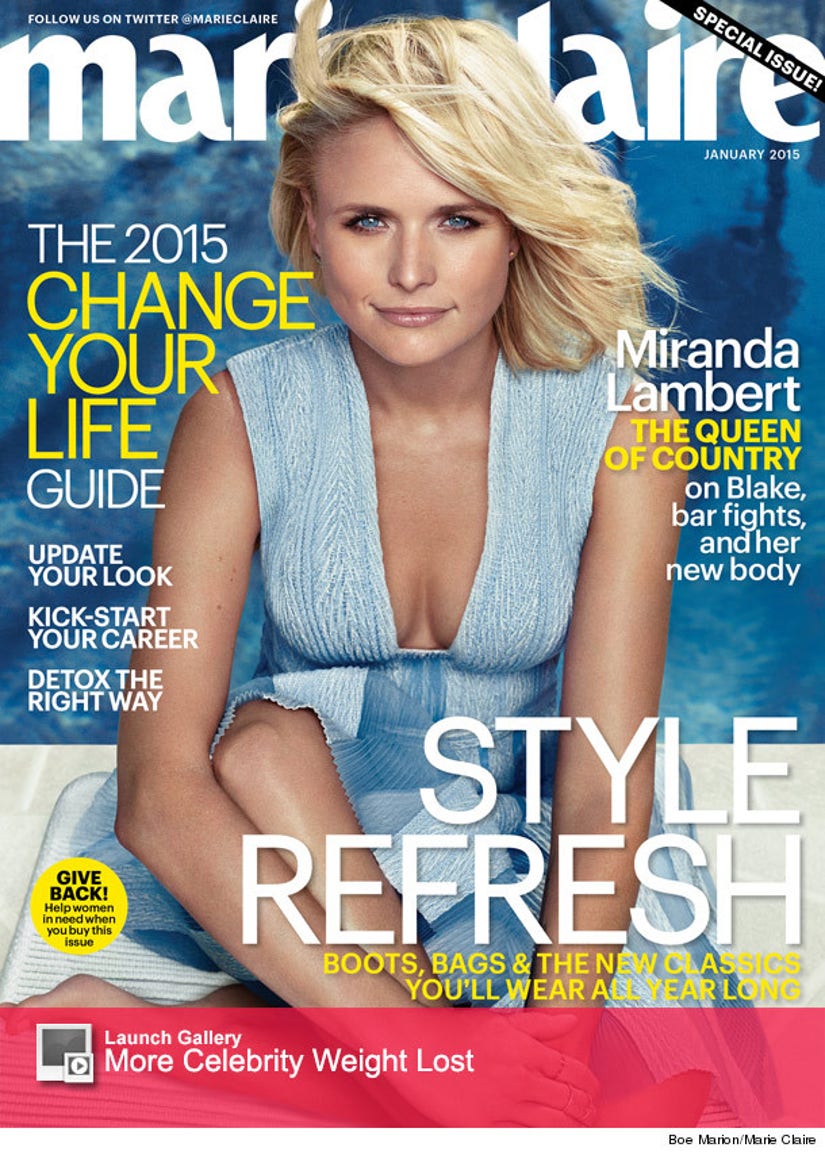 Miranda Lambert isn't afraid to tell it like it is!

The country cutie graces the cover of the January issue of Marie Claire, where she opens up about her chosen career, married life with Blake Shelton and her super-slim bod.

The 30-year-old beauty recently lost 20-pounds, and she admits that she's felt the pressure to be thin.

"I'm just like anybody else, insecure and scared of looking bad or being criticized," she tells the mag. "But everybody's making this big, giant thing about it. It's way too much focus on women's bikini photos, and I hate it. Why do we care? I want women to love themselves whatever they've got going on."

"When you have to walk out there in front of thousands of people, it does feel good to know that your s**t's not jiggling," she adds. 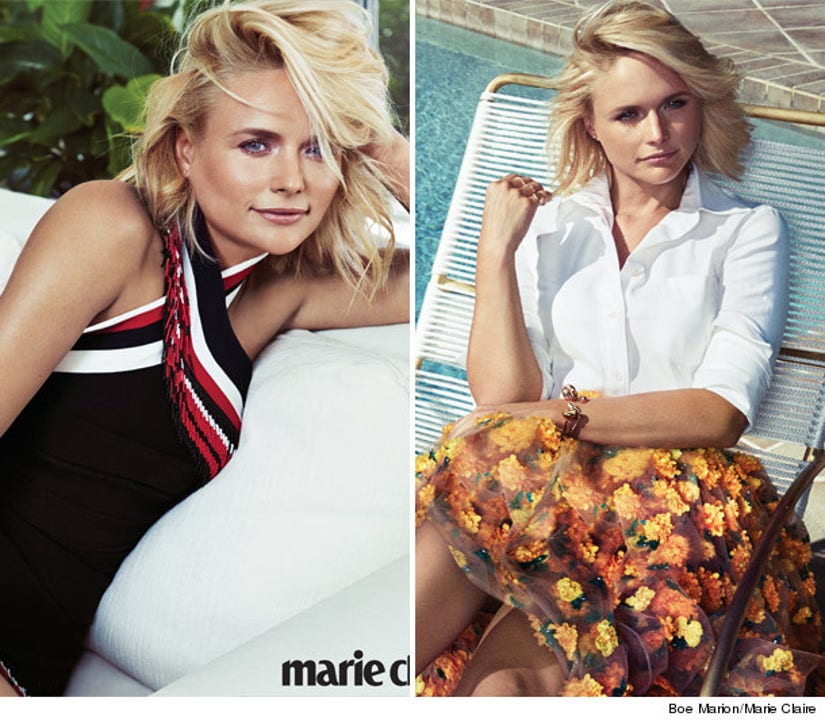 While the "Somethin' Bad" singer hasn't always been comfortable with her body, she's certainly secure about her marriage to Shelton.

"I'm not sunshine and roses," she admits. "Blake's the happiest person on the planet. He pulls me out of my darkness … Literally everything is the best about being married."

Miranda, who is hitting the road this month for her "Certified Platinum" tour, isn't afraid to speak her mind through her music ... as long as she's keeping it real.

"Early on, an artist told me, 'Don't be yourself. Perform and be someone else. And I thought, 'That seems like exactly the opposite of what I should be doing,'" she reveals.

Read the Miranda's full interview, pick up the January issue of Marie Claire, on stands December 16. Check out the behind-the-scenes video of her cover shoot below.