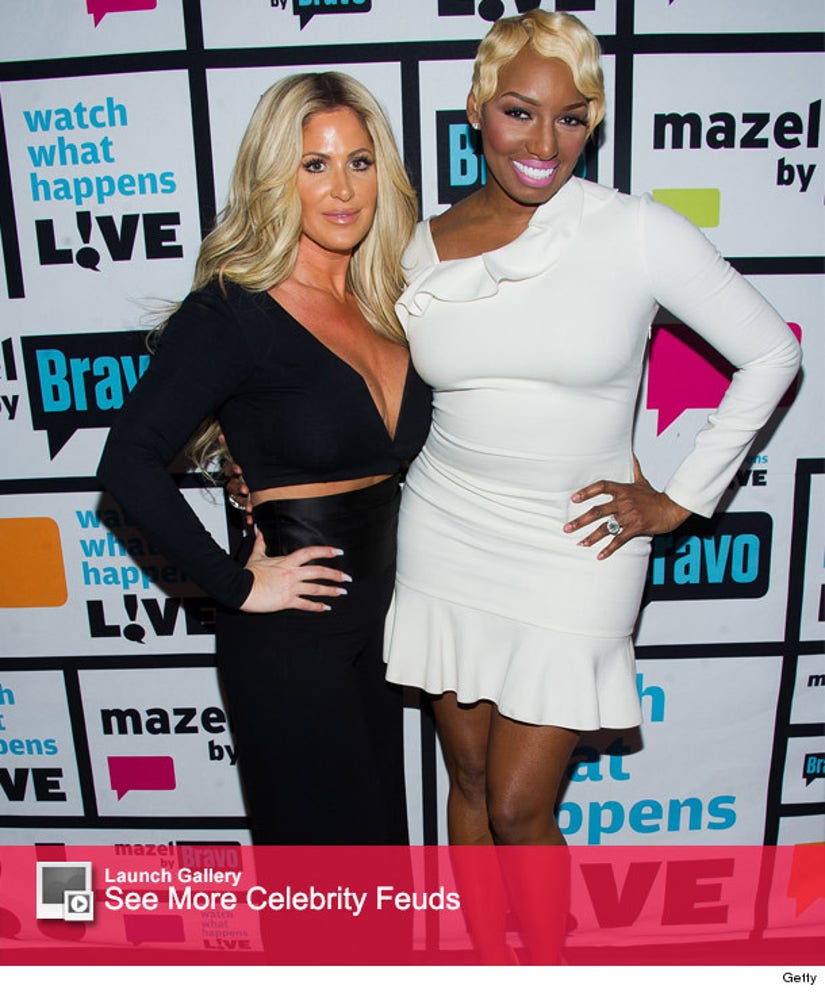 Nene Leakes and Kim Zolciak came face to face on "Watch What Happens Live" on Sunday to talk about their very public feud. So, what was the cause of their fallout?

Leakes told host Andy Cohen that it was due to "years of being on the show and the stress and other people chiming in. We just kind of broke apart."

How did they manage to mend their friendship? "Time heals wounds," she explained.

The former "Real Housewives of Atlanta" costars later addressed some of their past issues in a round of "Plead the Fifth."

When Kim asked Nene about the one thing she regrets saying about her famous frenemy, Leakes admitted, "I've said so much s--t about you…'Close your legs to married men.'"

For her second question, the "Don't Be Tardy" star asked, "What is your honest opinion of the song 'Don't Be Tardy for the Party?'"

Leakes laughed and replied, "I thought it was a fun song, honestly. I admit I clapped and tapped my toe when I heard it in the club."

"You've called me so many names on the show: trash box, hooker, lowdown dirty monkey with a wig on, panther. I mean, girl, you've called me everything! Which one's your favorite?" Zolciak asked.

"I think fans' favorite would be trash box." Nene said. See Kim's reaction to that answer above!

We're happy to see these ladies back together -- aren't you?! Sound off below.