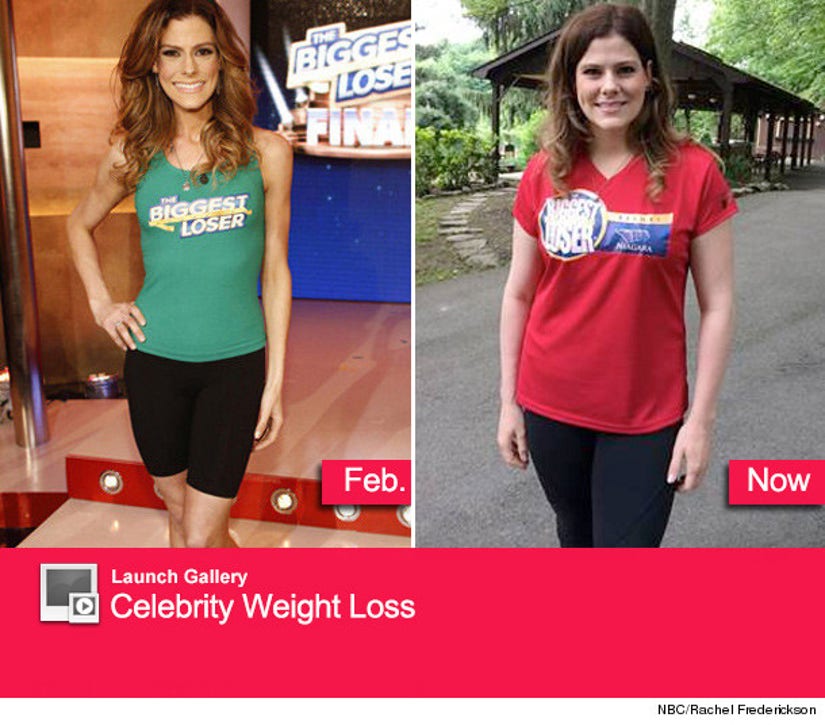 It was a roller coaster year for "The Biggest Winner" winner Rachel Frederickson.

She kicked off the year with a tremendous 155-pound weight loss, a loss that shocked her trainer on the show and the audience at home.

"When I stood on stage at the live finale, I had never felt stronger. I had accomplished everything I wanted to do. I was extremely proud of myself," she says in a new essay for Today. "That moment didn't last long."

Many took to Twitter after final episode aired, expressing their utter disbelief over her appearance -- accusing her of having an eating disorder.

"Comments during the controversial storm following my weight loss were hurtful. My self-esteem once again was affected by other people's voices — this time, the kind that live forever in Facebook posts or written in the pages of magazines," she says. "People tried to bring me down and (privately) succeeded. To the voices of those who tried to lift me up after the finale, I thank you!"

In the 10 months since her controversial win, Rachel has gained some of her weight back and is in a healthier place. She says she's also trained for a marathon, worked at a local shelter, taken college classes and started a career at DreamJobbing -- so she's been busy!

"There will always be other voices in life. The trouble comes when you stop listening to your own," Frederickson adds. "I am committed to trusting my decisions and standing strong behind them. I found strength in this struggle and I am listening to my own voice again!"

Check out the gallery above for more weight loss success stories.