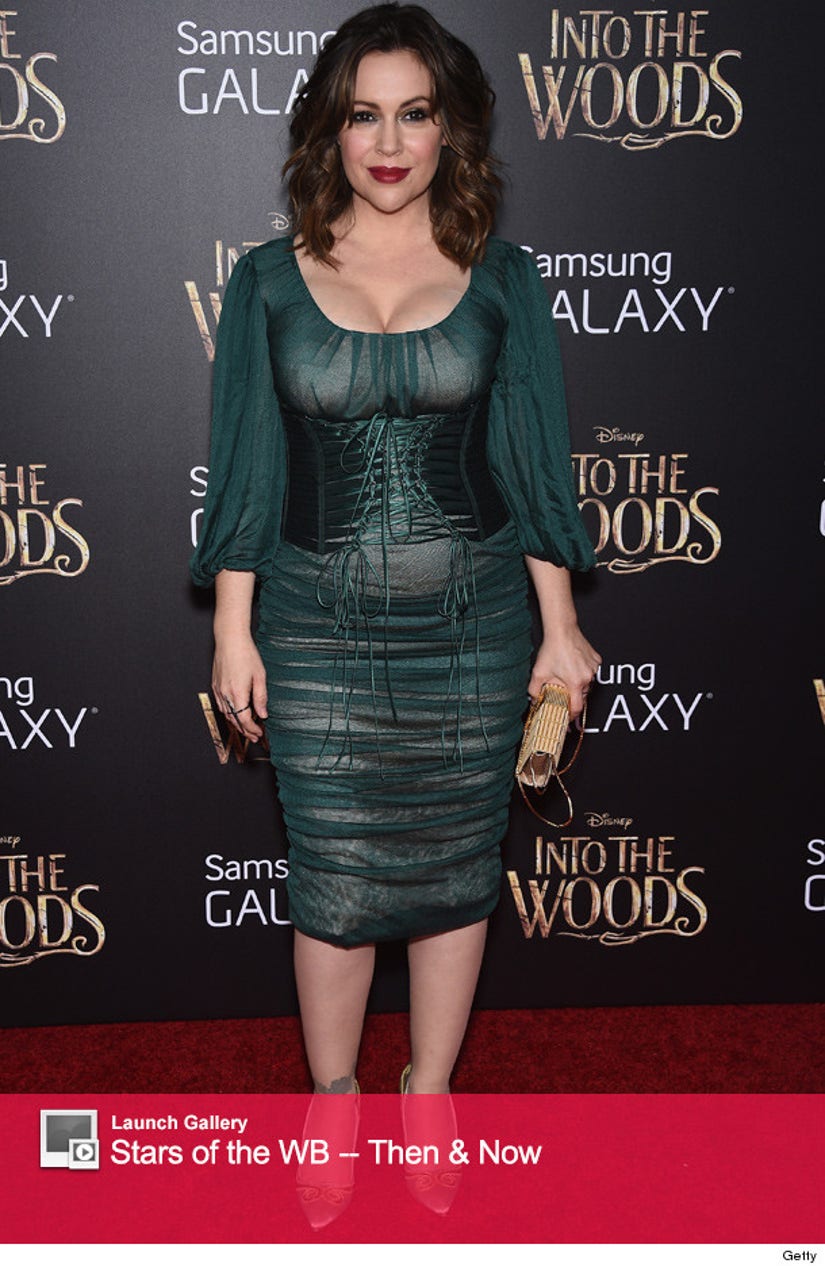 Alyssa Milano was definitely going for a fairy tale vibe at last night's premiere of "Into the Woods."

The actress, who just gave birth to her second child three months ago, put some cleavage on display in an ethereal (and somewhat witchy) corseted green dress. While we'll let you decide what to think about this green Dolce & Gabbana getup, can we talk about her hair and makeup? We're living for this darker look on her, that's one hot mama!

The 41-year-old recently came under fire for posting a picture of herself breastfeeding newborn daughter Elizabella in October. She later addressed the criticism in the best way possible: By comparing it to Kim Kardashian's infamous Paper Magazine cover.

"Wait! I don't get it. No disrespect to Kim but... people are offended by my breastfeeding selfies & are fine with her (amazing) booty cover," a puzzled Milano tweeted in November.

"So not only is it beautiful, but it's also a necessity. I'm feeding my kid," she said while further defending herself on "The Talk" last week. 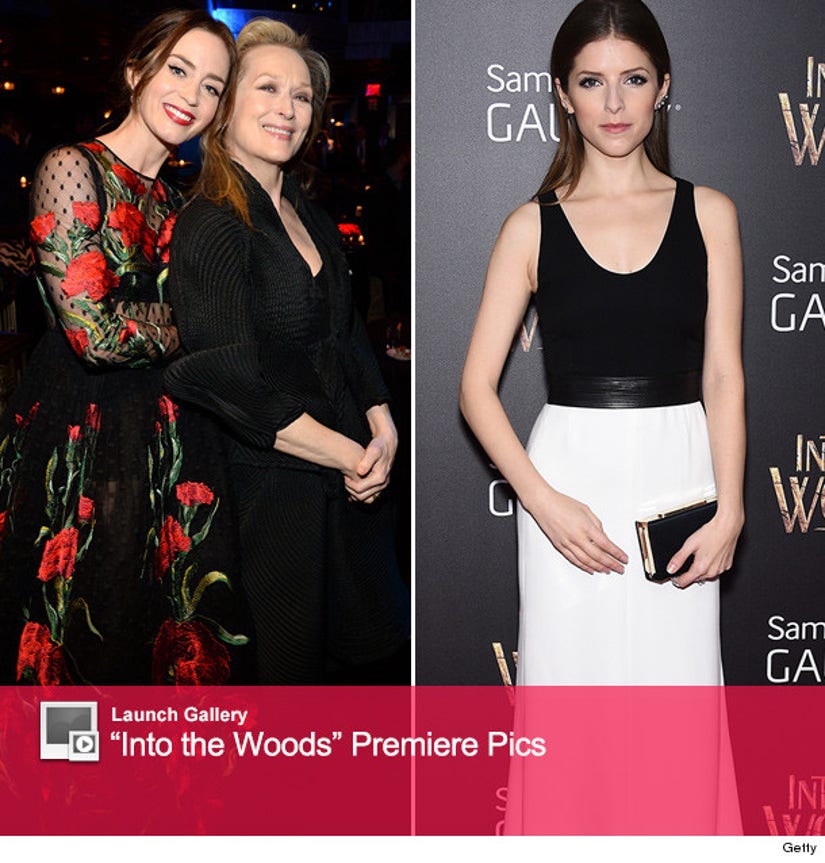 Milano was far from the only celeb on the red carpet last night.

The film's stars and fellow "The Devil Wears Prada" alums Emily Blunt and Meryl Streep reunited at the event, while others like Anna Kendrick, Sting, Jon Hamm and more all dressed to impress.

"Into the Woods," which shows what happens when the characters from the Grimm's Fairy Tales start to mingle, hits theaters Christmas Day.