Hailey Baldwin's showing off her sexy side!

The daughter of Stephen Baldwin appears in LOVE magazine's new video -- and she's showing her famous figure in the risque clip.

Baldwin's hair is styled in messy waves and completes her look with a bold red lip and black sparkly wedges.

The 18-year-old's following in the footsteps of BFF and fellow model Kendall Jenner, who appeared clad in lingerie while dancing around a shirtless Santa in a different video for LOVE that dropped earlier this week.

These ladies sure look like they're enjoying the spotlight -- whose video do you like better, Hailey or Kendall's? Tell toofab in the comment section below and see more celebrity offspring in the gallery! 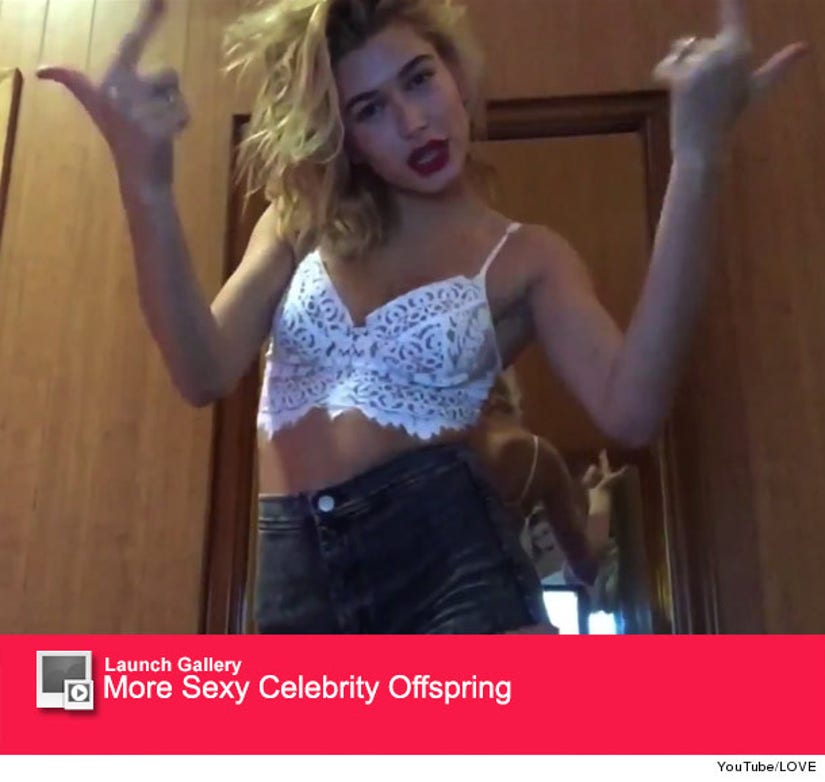