The 47-year-old singer put his toned and tatted torso in display in Hawaii over the weekend, where he was spotted walking around shirtless as wife Nicole Kidman promoted "Paddington" overseas.

The "American Idol" judge showed off some new ink along with his impressive physique, as we've never seen those tribal designs starting above his chest piece and continuing across his left shoulder and arm.

He also proudly showed off his "Nicole" tatt on his other arm. 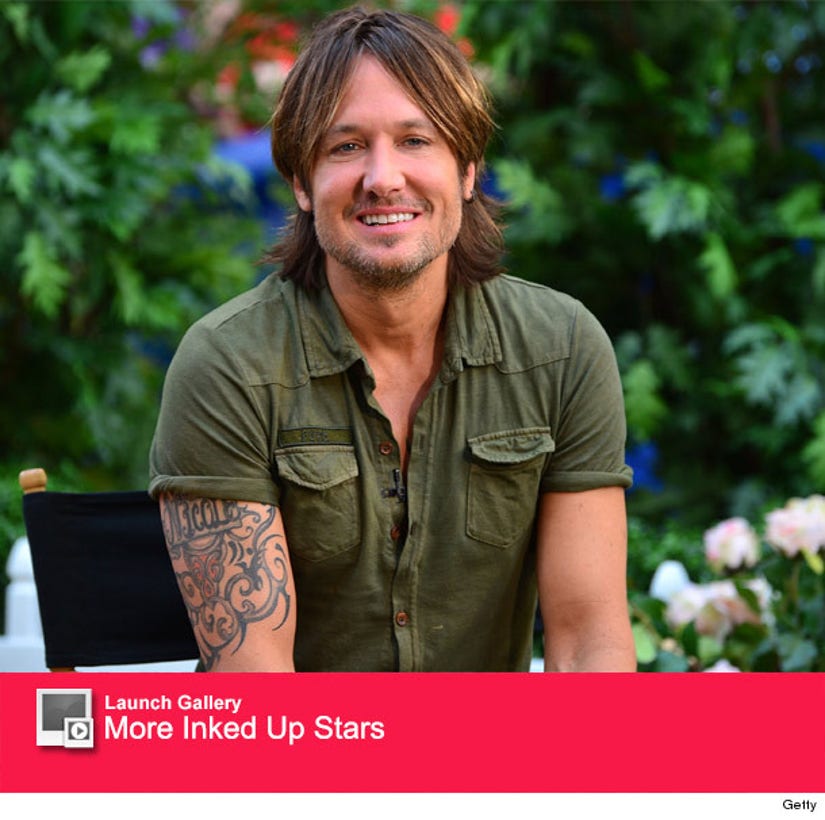 Kidman recently opened up about their relationship in the new issue of Elle -- explaining why they tied the knot just one month after they started dating.

"I'm spontaneous. I jump in. I kind of like getting married and then getting to know each other; I know that it sounds incredibly strange, but to me, it's a more natural process," she told the mag.

While chatting with her pregnant interviewer, the actress said she'd love to have another child with Keith too.