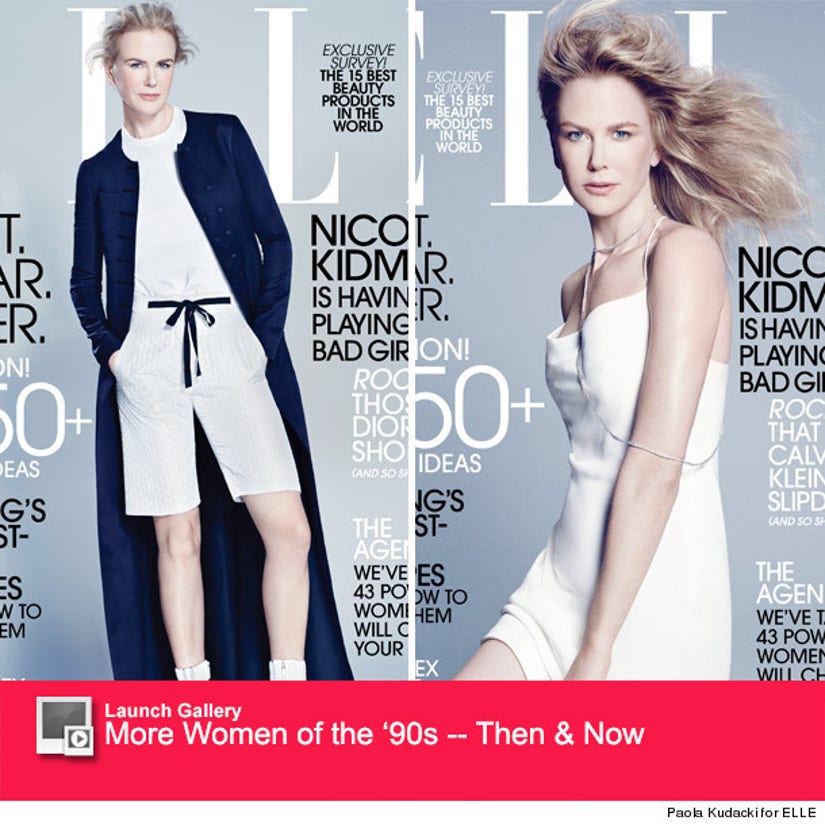 Nicole Kidman has no hard feelings towards Tom Cruise!

The "Grace of Monaco" star covers the January issue of Elle magazine where she opens up about her very famous ex and her current marriage with country superstar, Keith Urban.

Nicole and Tom famously starred together in Stanley Kubrick's "Eyes Wide Shut," and the movie is still something Kidman cherishes to this day!

"He [Kubrick] would always say, 'You're a character actress, Nicole. Don't play leading ladies. Go and find the character roles,'" she tells the mag.

Nicole enjoyed working on the movie with Kubrick and Cruise so much so that she didn't even mind the infamous two-year shoot. "We loved it. Everyone thought that was when our marriage started to break down -- not at all. That movie was a great part of our life together, and I'm glad we have it," she confesses.

The "Australia" star and the "Mission Impossible" actor eventually divorced -- and today, Nicole is happily married to the "In My Car" singer. She says she knew she wanted to marry him after dating for only a month!

"I'm spontaneous. I jump in. I kind of like getting married and then getting to know each other; I know that it sounds incredibly strange, but to me, it's a more natural process," she explains.

The 47-year-old even says that more babies aren't totally out of the question for them!

Nicole Opens Up About Relationship with Connor & Isabella Cruise

While chatting with her pregnant interviewer, the "Practical Magic" actress says she'd love to have another child with Keith.

We love Nicole's authenticity -- what do you think about her candid comments? Sound off below and click "Launch Gallery" above to see even more women of the '90s then and now!