Kathy Griffin is spilling some personal details about Britney Spears!

The comedienne stopped by "Jimmy Kimmel Live" on Tuesday, where she shared her brief encounter with the "I Wanna Go" singer during one of her shows in Las Vegas.

Check out the clip above to see what Brit's people said to her before taking the stage with Spears!

"I've met her since she was the naughty cheerleader," Kathy explained to Jimmy Kimmel. "I don't feel like I know her at all," Jimmy quipped. "Are we really going there? Because I don't know if anyone really knows her," Griffin added.

Kathy was chosen to appear in Spears' "Freak Show" segment of the concert, where she has an audience member crawl around on stage while the pop star dominates her.

"They said 'Are you game for anything?' and I said 'Of course,' and then I got past the 'Don't look in her eyes' and I was determined to look in her eyes and it turns out they were pinwheels on fire," she joked.

The stand-up star isn't the first celeb to accuse the "Toxic" singer of having some crazy demands. When The Wanted was on tour with the 33-year-old they shared a similar story.

"I was in the hallway with me tour manager. Basically we were looking with a laptop, trying to get WiFi, and we were facing the middle of the hallway. Her bouncers came down with her and told us to face the wall ... [as Britney walked through]," Siva Kaneswaran told Fresh back in 2012. "We're like, come on!"

Regardless of the interesting demands, it does look like Kathy had a lot of fun at the show -- what do you think about Griffin's candid comments? Sound off below! 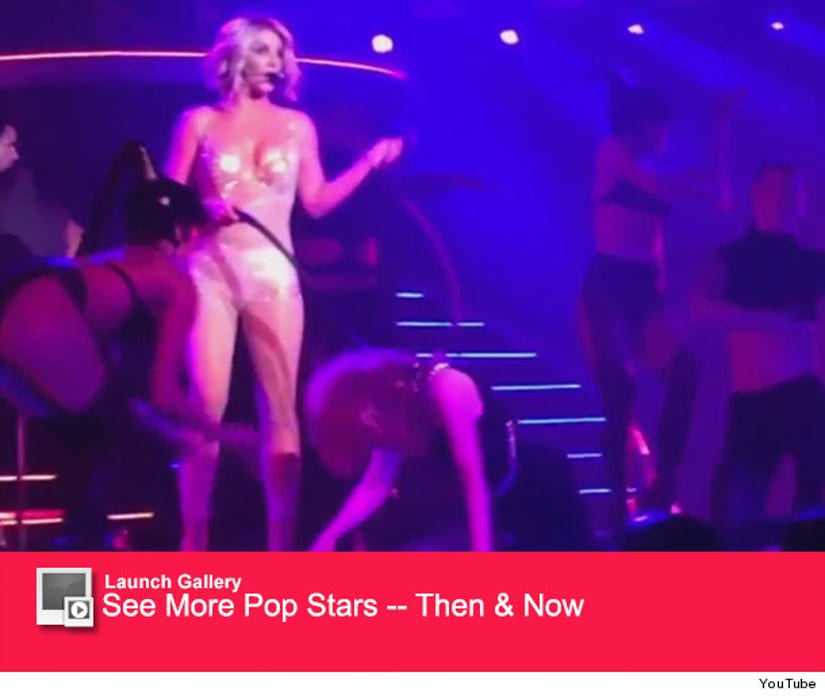