Orlando Bloom's having a bit of a hair crisis!

The sexy star appears on Wednesday's "The Ellen DeGeneres Show," where he opens up about his long locks.

Check out the video above to see what Bloom has to say about his Harry Styles' hair comparisons!

While the "Pirates of the Caribbean" star says that he's not trying to look like the One Direction frontman, he might think twice about cutting his hair now.

"I'm shooting a movie right now. That's why this mane is in place," Orlando tells Ellen in the sneak peek.

When asked if he's going to cut it after the movie, Bloom starts second guessing the decision. "I think so, I don't know. If I'm getting compared to Harry Styles then maybe I should. What does everyone else think by the way?," he asks the audience.

The actor also says that he will be spending the holidays with estranged wife Miranda Kerr and their adorable son Flynn -- both sets of in-laws will also be at the festivities!

"Yeah. Her family, my family. We'll all kind of come together," he tells Ellen in the clip.

We think the 37-year-old looks good with long and short hair -- which look do you prefer? Tell toofab in the comment section below and check out the gallery below to see more stars who've rocked both looks! 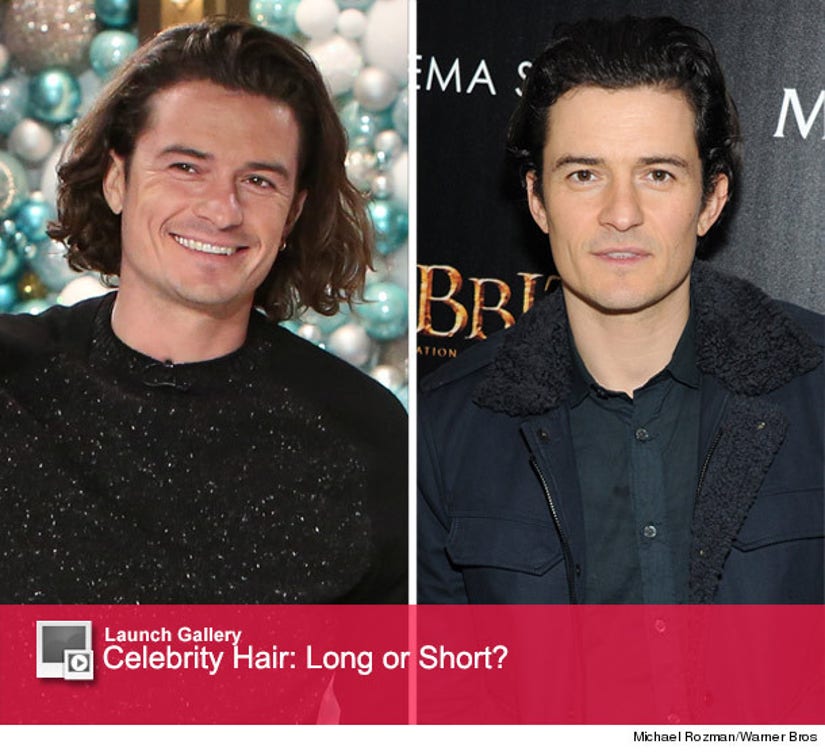