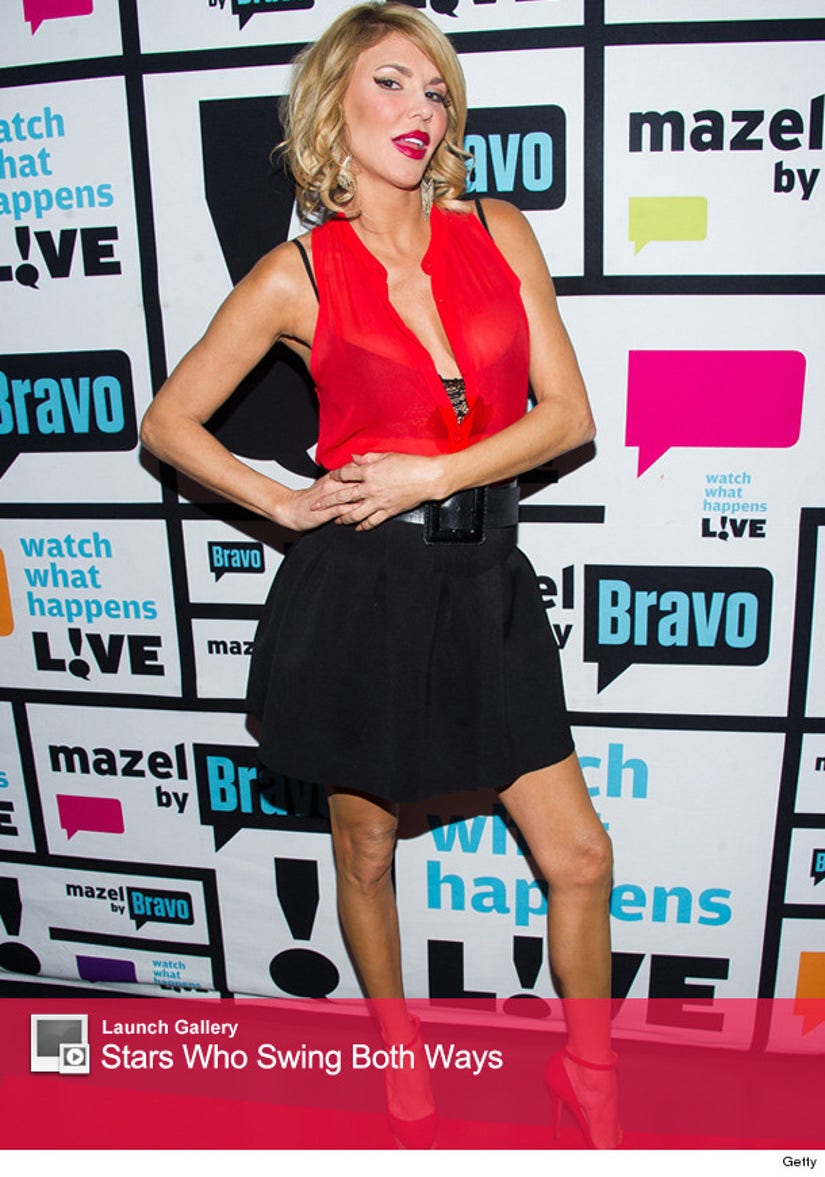 Brandi Glanville doesn't discriminate when it comes to love.

The "Real Housewives of Beverly Hills" star opened up about her sexuality in a new interview with HuffPost Live on Wednesday.

"I've been with women, usually there's a man involved ... I have a couple times been with women where it was just us," she told host Ricky Camilleri.

The mother-of-two also admitted that she loves threesomes because, as she put it, "who doesn't?"

She also revealed that she's never had more than three lovers at once, and these trysts aren't something that she's ever actively sought out.

"That's not something that you plan for," she said. "I feel like it has to be organic."

Check out the full interview with Glanville here, ﻿and click "Launch Gallery" above to see more stars who swing both ways.