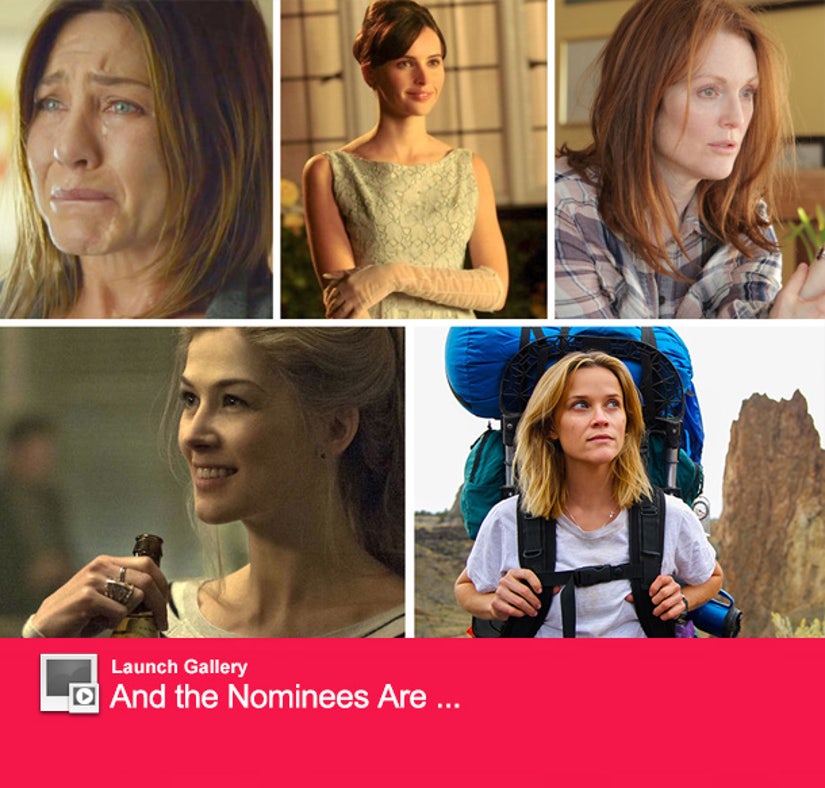 Nominations in 25 categories were announced this morning for the 2015 Golden Globe Awards -- meaning there were A LOT of snubs and quite a few surprises this year. See all the nominees right here.

Some old favorites like "Modern Family" and "Mad Men" were completely shut out, making room for fresh blood this year ... with series like "Fargo," "True Detective" and even a shocker from The CW all getting noms for TV.

The snubs weren't as big on the film side, so we'll start there with a full breakdown below.

"Unbroken": While it's clearly being promoted as an Oscar contender, the Angelina Jolie-directed film has been getting mixed reviews from critics. It currently sits with just a 55% on Rotten Tomatoes. The flick didn't garner one single nomination today. Pretty shocking that the HFPA once recognized Angie's work in "The Tourist" ... but not this.

"Interstellar": With Christopher Nolan at the helm and award show-friendly names like Matthew McConaughey, Anne Hathaway and Jessica Chastain attached, the film seemed like it would be a no-brainer for a couple nominations. Shockingly, the only one it garnered was for Hans Zimmer's score.

"Gone Girl": While Rosamund Pike got a much-deserved nod for her role as "Cool Girl" Amy in the flick, Ben Affleck's name was MIA. David Fincher nabbed one for Director, but the film itself didn't score a nom for Best Motion Picture.

And the biggest film surprise goes to .... Quvenzhane Wallis getting a Best Actress nomination for "Annie." The HFPA snubbed her back in 2012 for her deserving performance in "Beasts of the Southern Wild" though, so maybe this is a make-good?

This is where it gets a little more interesting ...

"Modern Family": After scoring a Best Comedy Emmy earlier this year and another for Ty Burrell's performance, the show was totally shut out this morning. Even last year it managed to get two nominations, for Best Comedy Series and Performance for Sofia Vergara. It's going to be a rough morning for this crew.

"Orphan Black": This is one vocal fan group and the show and star Tatiana Maslany's snubs this morning won't sit happy with them. Thankfully, Maslany is riding high off of a SAG Award nom from yesterday ... so at least she got some recognition this week!

"Parks & Recreation": The series is one of the most consistently hilarious shows on TV, but didn't manage to garner a single nom. Amy Poehler should have scored one for Best Actress in a Comedy -- an omission made even more glaring when you consider that she's hosting the damn telecast this year!

"Big Bang Theory": Award show favorite Jim Parsons didn't garner an acting nomination for his work on the show, which also didn't wake up to a single nod this morning.

"Mad Men": Do people realize this show is still on? Again, zero noms.

Actresses Missing In Action: While we're thrilled for stars like Allison Tolman of "Fargo" and Ruth Wilson of "The Affair," we were pretty shocked to see favorites like Kerry Washington ("Scandal"), Lisa Kudrow ("The Comeback") and, most of all, Julia Roberts ("The Normal Heart") off the list this AM.

Series Snubs: While Julia Louis-Dreyfus got a well-derserved nom for "Veep," the series didn't get nominated for Best Comedy. Same goes for "Homeland," which was MIA despite star Claire Danes' nomination for Best Actress in a Drama.

But the biggest surprise here: "Jane the Virgin." The show has become a critical darling, but no show on The CW has EVER been nominated for a Golden Globe before. "Felicity" got one back in the day, but that when the network was The WB ... so we're not counting that.

Both the series and star Gina Rodriguez got nominations this morning -- so consider that a HUGE win for the teen-centric channel.

Did we miss anyone? Let us know who you think deserved a nomination in the comments below!