Talk about a painful breakup!

Olly Murs and Demi Lovato play two exes who are still reeling over their relationship in Olly's new "Up" music video.

From tears to broken plates and even guitars, the "Skyscrapers" singer and Murs perfectly depict what a breakup really feels like from both perspectives of a couple.

"Yep I ruined a perfect guitar in the video but @ddlovato was worth it," Olly posted on Twitter, along with a link to the video.

We're also loving the former Disney star's edgy blue, side-parted 'do in "Up." Is it just us, or would these two make a super cute couple in real-life?!

Too bad the 22-year-old's off the market -- she recently opened up about her longtime beau Wilmer Valderrama in the new issue of Fitness magazine.

"I almost went back to rehab for my eating disorder last summer. I was obsessing over food and terrified of it at the same time. Wilmer noticed and called me out on it, which was a relief," Lovato told the mag. "I was done being afraid of food and so tired of overeating and not knowing why I did it."

This is the second official single from Olly's new album, "Never Been Better," and the catchy tune is also featured on the Deluxe Edition of Lovato's self-titled album, "Demi."

What do you think of Olly and Demi's music video for "Up"? Tell toofab in the comment section below and check out even more child stars then and now in the gallery! 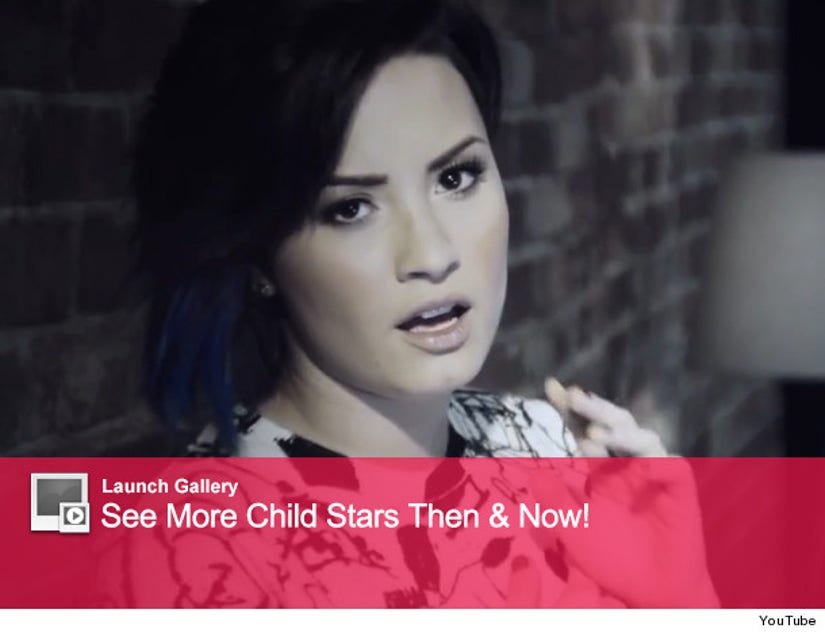