Khloe Kardashian's got a lot of "cushion" -- and both her sister and Scott Disick have taken notice.

In another sneak peek clip from this Sunday's "Kourtney & Khloe Take the Hamptons," Khloe is seen literally getting back in the saddle, as she starts horseback riding once again.

And while the animals are majestic creatures, they can't compare to that Kardashian booty.

"I feel like her butt gives her extra cushion," Kourtney Kardashian says as she and Scott watch her ride ... her sister's derriere bouncing away as the camera zooms in.

"It's a little bit sexual isn't it? She's basically banging that seat, I don't know how comfortable I feel watching this," adds Disick. "Would you ride a man any different? It looks like she's involved."

Leave it to Lord Disick to take it to that level.

Of course, we've all taken notice of Khloe's backside these days, as she's stepped out in a number of ensembles that really give Kim Kardashian a run for her money.

Check her out at the Hollywood Reporter's Women In Hollywood luncheon below ... plus, keep clicking to see some of her hottest looks yet! 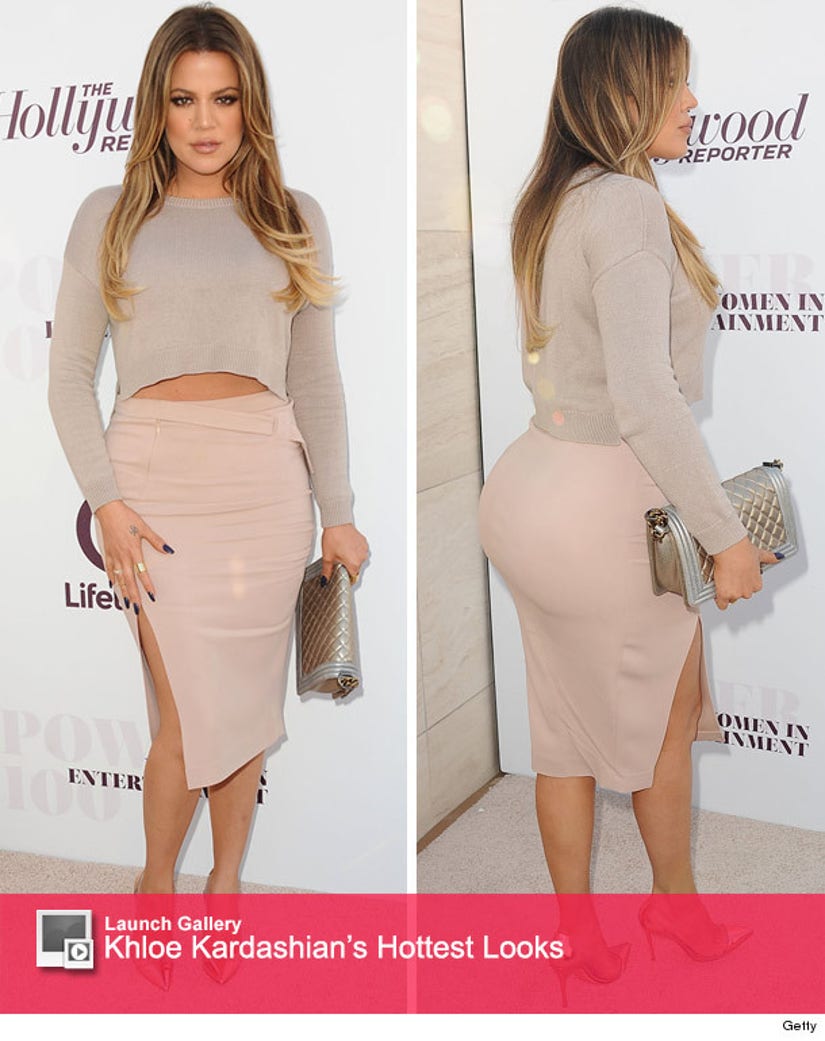