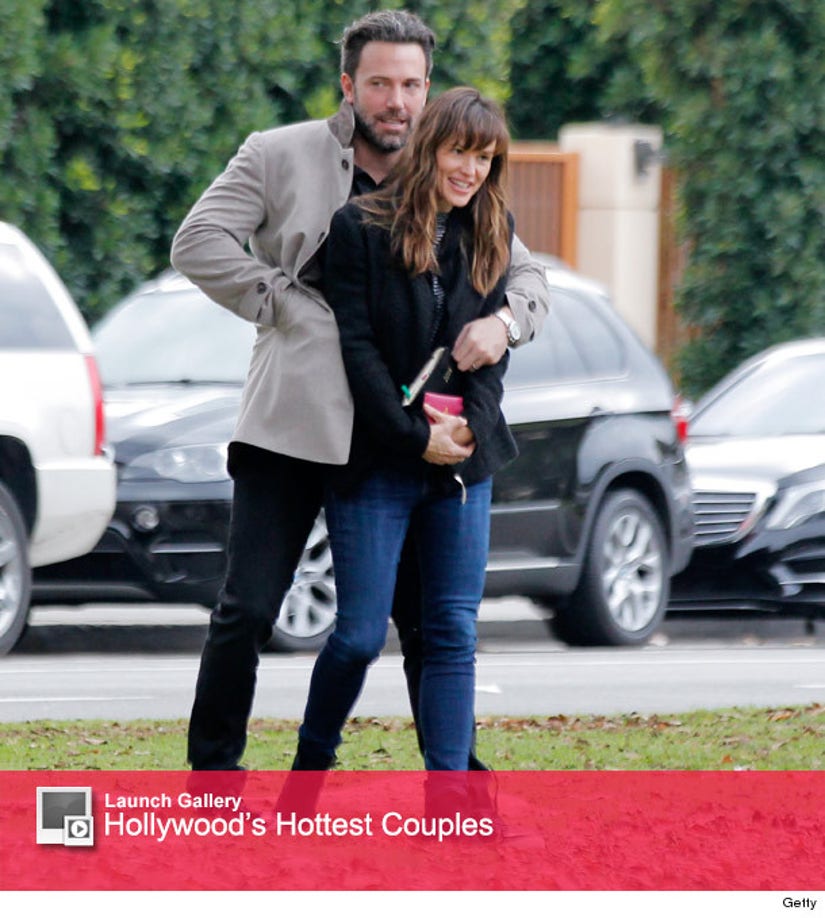 Ben Affleck and Jennifer Garner couldn't keep their hands off each other as they were spotted out and about in Los Angeles on Thursday.

The pair's chemistry was apparent as the actor wrapped his arm around his wife as they walked through Brentwood. Can these two be any cuter together?!

Ben and Jen certainly have figured out how to maintain a healthy marriage in Hollywood. So, what's their secret? They love family time with kids Violet, 9, Seraphina, 5, and Samuel, 2, but they also make sure to carve out some alone time, too.

"You go through phases," Jennifer said in InStyle's October 2014 issue. "You can't expect to be courted all the time, and I don't want to court him right now—I don't have the energy! But we're definitely in a very mindful place where we're making an effort to be together, do things at the same time, and be loving."

Jen and Ben both have their parental roles, as well. "For better or worse, I tend to be the one who says, 'This is what needs to happen.' I know who wants what lunch, and I've done all the school paperwork and filled out the emergency cards. Ben doesn't even know that stuff exists. He is in charge of laughter. No matter how much I tickle them or toss them or chase them around, it's not the same. If I'm the slow, steady drumbeat, he's the jazz," she said.

We can't get enough of these two!