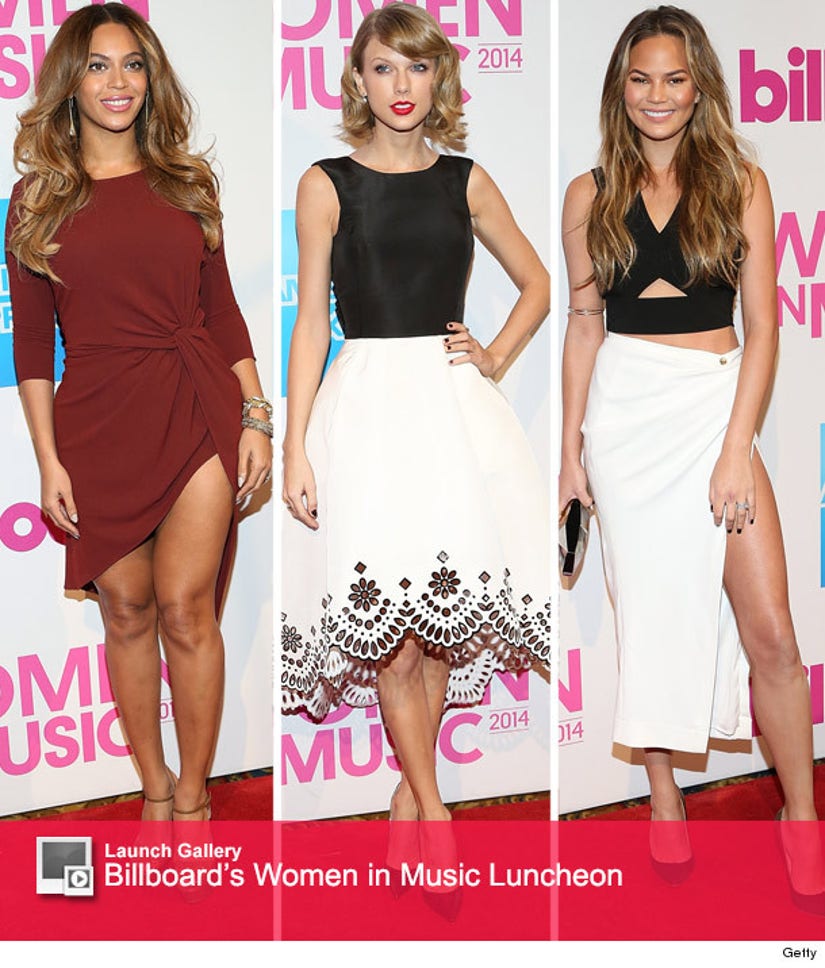 Beyonce, Taylor Swift and more of Hollywood's biggest music stars were celebrated at the annual Billboard Women in Music luncheon in New York City on Friday.

The "7/11" singer flashed her famous legs in an asymmetrical knotted maroon mini with a dangerously high slit. She paired her elegant ensemble with brown platforms, perfectly tousled curls and a pretty pink lip.

And, Chrissy Teigen showed off her killer curves in a white midi skirt with a thigh-high slit, which she paired with a black cutout crop top, black pumps and a metallic clutch. 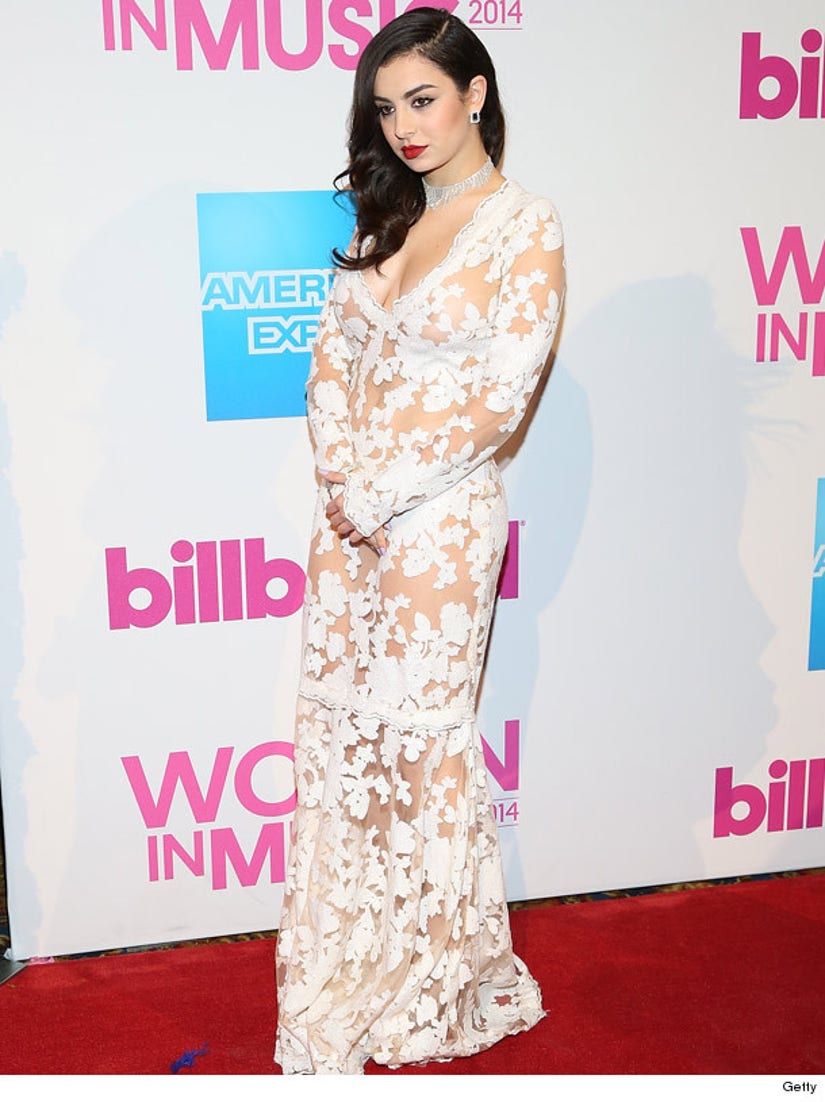 The most revealing look of the day was worn by Charli XCX, who posed for pictures on the red carpet in a sheer white lace gown. Good thing she's wearing nude underwear!

Aretha Franklin received the first-ever Billboard Women in Music's Icon Award at today's event. The award is given to a female artist whose music has helped shape the industry.

Other 2014 honorees include Ariana Grande for Rising Star, and Idina Menzel for Breakthrough Artist of the Year.

Billboard Women in Music awards are given to females in music who have helped make a difference in the industry and have paved the way.

These ladies have definitely done that!