The "Newsroom" actress opened up to Andy Cohen during Thursday's "Watch What Happens Live," where she revealed if she and her Green Bay Packers quarterback boyfriend, Aaron Rogers, have sex on game days.

"I will say that all the good luck charms are on the field and in the stands so it has nothing to do with me," the 34-year-old told Cohen.

So do they do the deed before a game? "No we don't. Not on game day," she revealed. "There's not a rule, but it just doesn't happen because there's other things to focus on."

But it does sound like these two have a pretty healthy sex life!

"Usually I try to have sex as much as I can," Olivia confessed.

What do you think about the actress' candid comments? Tell toofab below and check out the gallery to see more surprising celebrity couples! 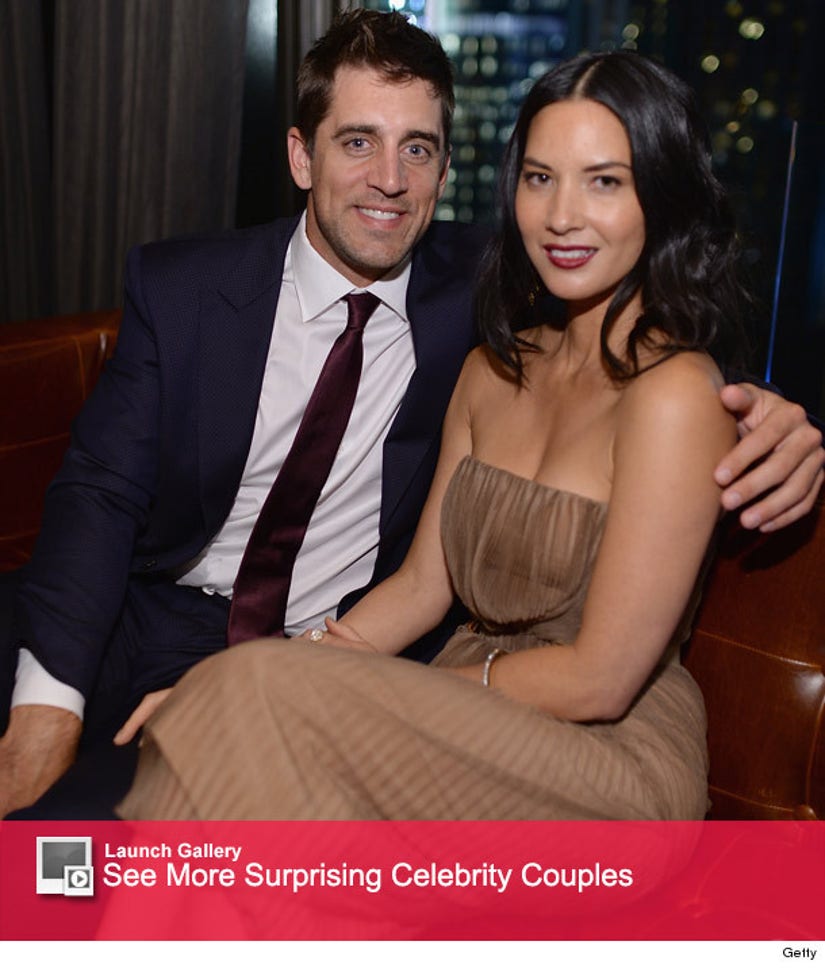