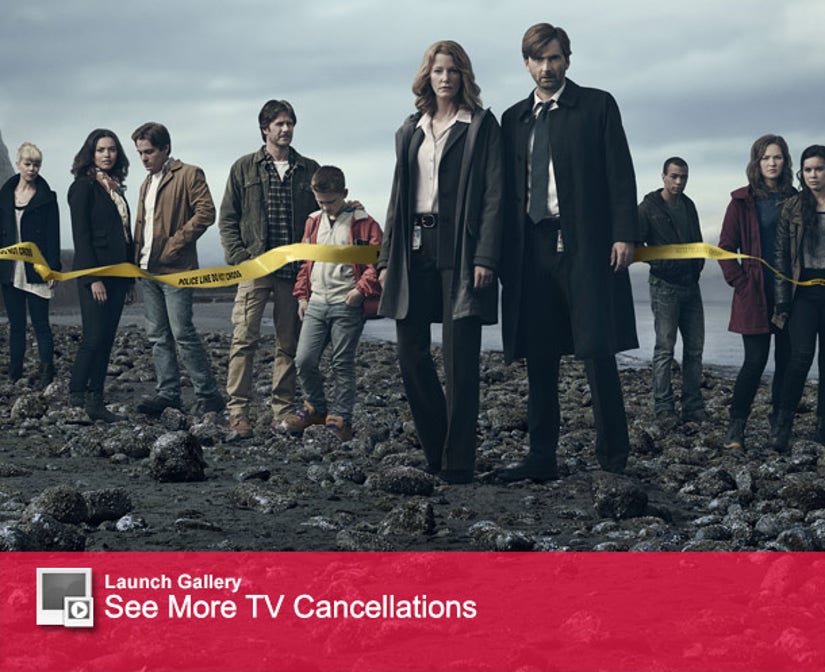 After just wrapping up its first season, Fox has decided to pull the plug on "Gracepoint," an American remake of the British series, "Broadchurch."

The series starred David Tennant (who played the same character on "Broadchurch"), "Breaking Bad" alum Anna Gunn and Nick Nolte, and centered on a small town reeling from the shocking death and of a child and the subsequent murder investigation.

In addition to the new drama, Fox also axed on "Utopia," its "social experiment" reality show.

ABC made the first cancellation of the season, cutting the low-rated romantic comedy "Manhattan Love Story" after just four episodes. NBC didn't order new episodes of "Bad Judge," "A to Z" or "Constantine," meaning they're essentially dunzo as well.

The poor ratings seem to be a common theme for freshman comedies. ABC's "Black-ish" was one of the few new series to receive a full-season order.

Click "Launch Gallery" above to see the other shows that didn't make the cut!

Which cancellation are you mourning the most? Sound off below.