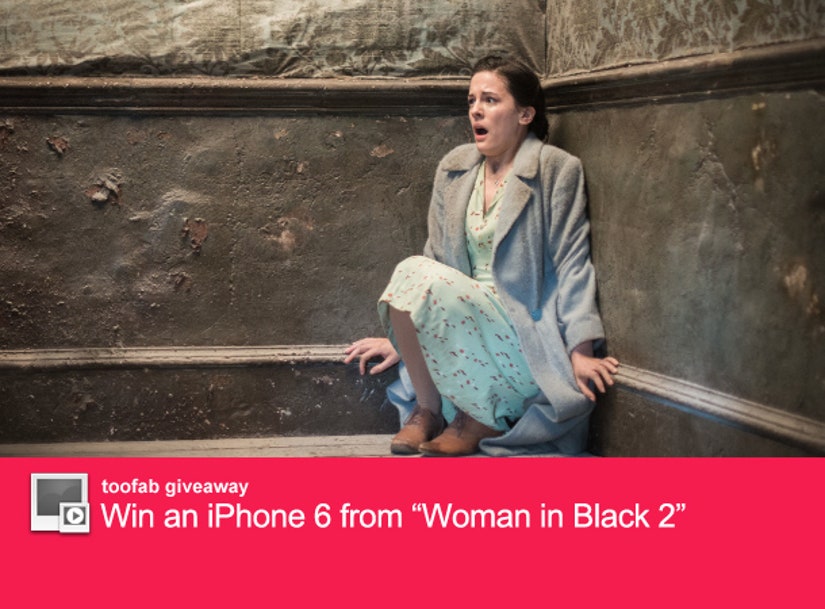 toofab has teamed up with Relativity to give one lucky winner a 16GB iPhone 6 and a prize pack from "The Woman in Black 2 Angel of Death."

The film is a sequel to the 2012 hit starring Daniel Radcliffe, and introduces a new group to the haunted and abandoned house inhabited by the Woman in Black.

When a group of orphaned children are forced to move from their home in London, caretakers Eve (Phoebe Fox) and Jean (Helen McCrory) bring everyone to the desolate and eerie British countryside. 40 years after Arthur Kipps left, this supernatural horror film introduces this new group to the now abandoned Eel Marsh House; an odd but seemingly safe location. It isn't long before Eve starts to sense that this house is not what it appears to be as the children in her care begin to disappear. As their house of safety becomes a house of horrors, Eve enlists the help of a handsome pilot (Jeremy Irvine) to help investigate what is happening. Eve soon discovers that it may not be a coincidence that she has come to reside in the house inhabited by the Woman in Black.

Don't miss out on this giveaway, and check out toofab's Holiday Gift Guide for your chance to win more freebies!