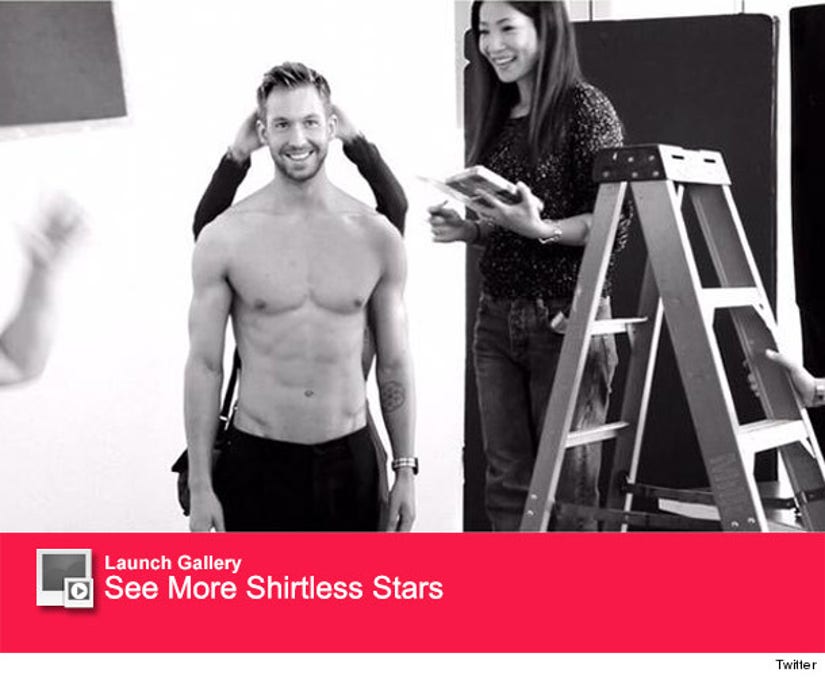 Who knew Calvin Harris had that bod under his shirt!

The DJ took to Twitter on Tuesday afternoon to post one shockingly sexy shirtless photo from the set of new Emporio Armani campaign.

In the pic, the 6'5" musician is showing off his six-pack abs and chiseled arms as a hairstylist fixes his hair before his close-up.

"Need more stepladders #Armani #BehindTheScenes #LaughingAboutSomething," he captioned the photo, where he's grinning at the camera.

Harris also shared a fully-clothed snapshot from the photo shoot, writing, "Another behind the scenes pic from Emporio Armani shoot." But who cares about that, right?

As for his new Emporio Armani campaign, Harris tells People, "It's incredible to be working with Mr. Armani and his team at Emporio Armani. I feel an affinity to the brand ethos and have been a long time admirer of their designs."

We can't wait to see the final ads -- keep those shirtless shots coming!