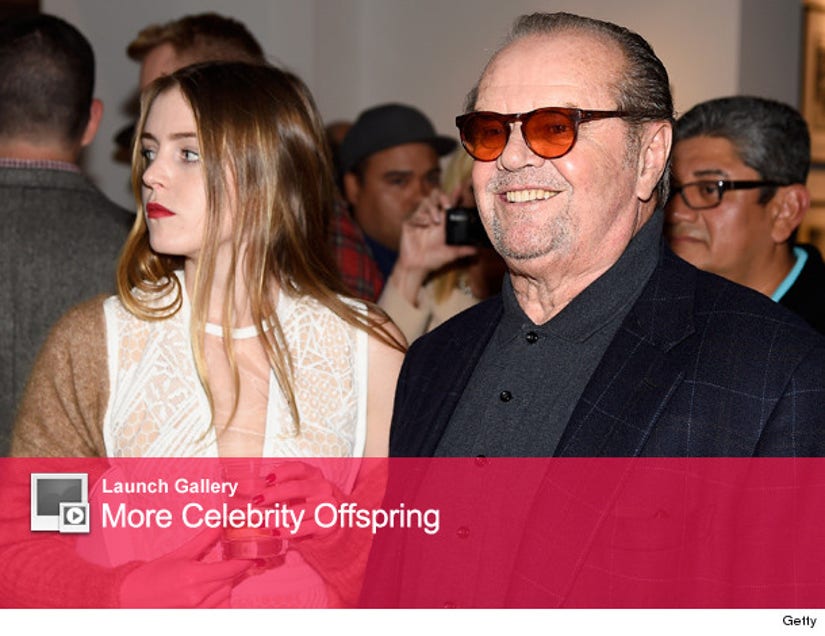 Jack Nicholson stepped out with his gorgeous daughter Lorraine Nicholson at TASCHEN and David Bailey's "It's Just A Shot Away: The Rolling Stones In Photographs" Exhibit in Los Angeles on Saturday.

The 24-year-old aspiring actress looked lovely in a white lace dress with a knit cardigan as she stood with her famous father. The 77-year-old actor looked dapper in a gray collared shirt under a printed blazer and his trademark sunglasses.

The Brown University graduate has been pursuing an acting career, appearing in 2004's "The Princess Diaries 2: Royal Engagement," 2011's "Soul Surfer" and the upcoming "Hacker."

Lorraine is Nicholson's daughter with his ex-girlfriend, Rebecca Broussard. The estranged couple also has a son, 22-year-old Raymond. 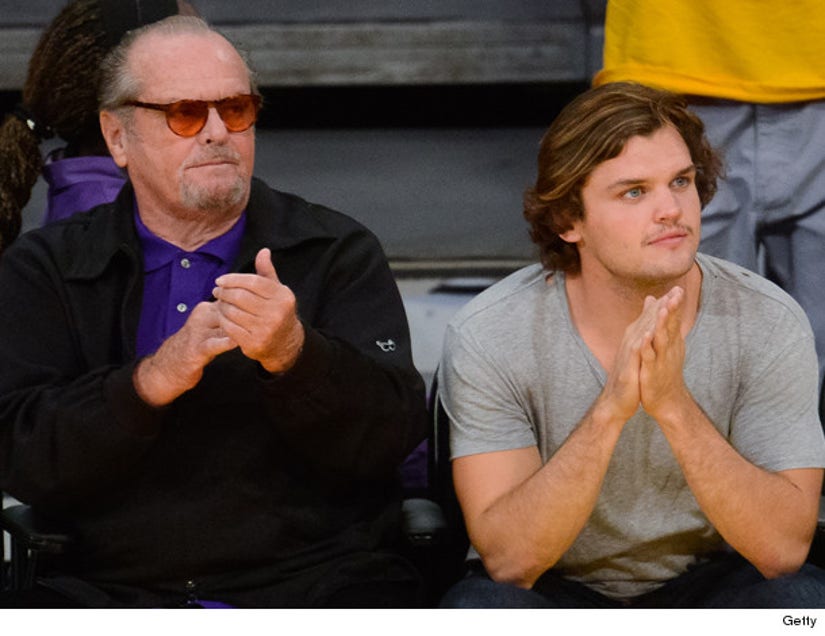 Jack and Ray recently were photographed sitting courtside at the Lakers game and the resemblance was striking. This kid is definitely the spitting image of his handsome dad.

The notorious playboy also has a daughter Jennifer, 51, from his marriage to Sandra Knight, and a daughter Honey, 33, whose mother is former model Winnie Hollman.