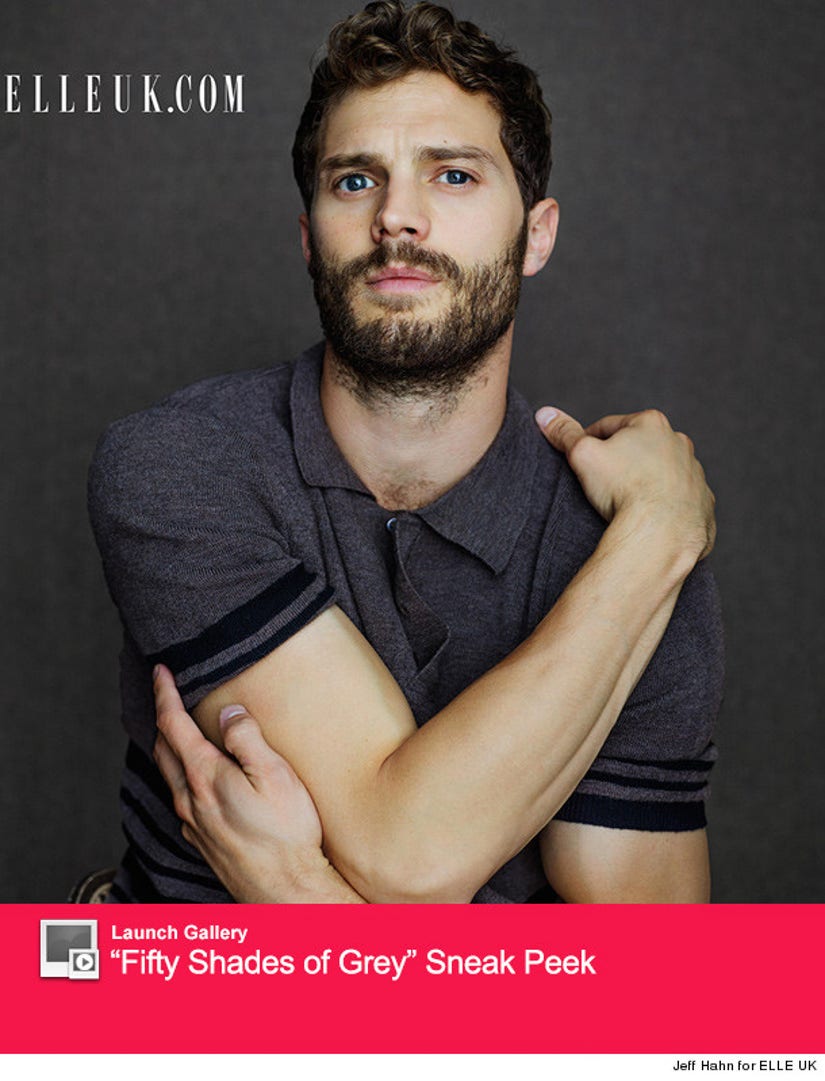 Bring on the kink!

Jamie Dornan certainly did his research in order to play S&M-loving billionaire Christian Grey in the insanely-anticipated film adaptation of "Fifty Shades of Grey."

The actor is opening up about his unusual prep work in the February issue of ELLE UK, where he also smolders in one extremely sexy photo taken by Jeff Hahn.

Dornan tells the mag he visited a private dungeon in someone's home to get an up close and personal look at the fetishes his character is oh-so-fond of in the books.

"I went there, he offered me a beer, and they did ... whatever they were into," he says, adding that he was the only audience member. "I saw a dominant with two submissives, and he became our kink advisor on the film."

"Then going back to my wife and newborn baby afterwards, I had a long shower before touching either of them" he jokes.

The former Calvin Klein model and current star of "The Fall" on BBC welcomed his first child with wife Amelia Warner in December.

Check out the sizzling trailer for "Fifty Shades" below, the film hits theaters Valentine's Day 2015.

The full interview with Jamie appears in the February issue of ELLE UK, on sale January 2nd. Also available as a digital edition. Pre-order the issue here.