The battle is on for the winner of season 7 of "The Voice" -- with Team Blake Sheldon's Craig Wayne Boyd and Team Adam Levine's finalists Damien Lawson, Matt McAndrew and Chris Jamison all vying for the title.

On Monday night, all four artists hit the stage three times each, singing a coach's pick, a duet with their coach and an original song. And after their stellar performances, all bets are off as far as who might take home the crown and launch their career with a recording contract and a check for $100,000.

toofab's Rachel Hoffman caught up with the Maroon 5 crooner and his team to get their final predictions for who will be named "The Voice" this evening.

Levine praised all three of his finalists, revealing that the finale was all about having fun. "This is it. Tonight was the night to have fun, and not worry about any of the bulls**t."

"Winning 'The Voice' is great. But more importantly, launching a career is even better," he added. 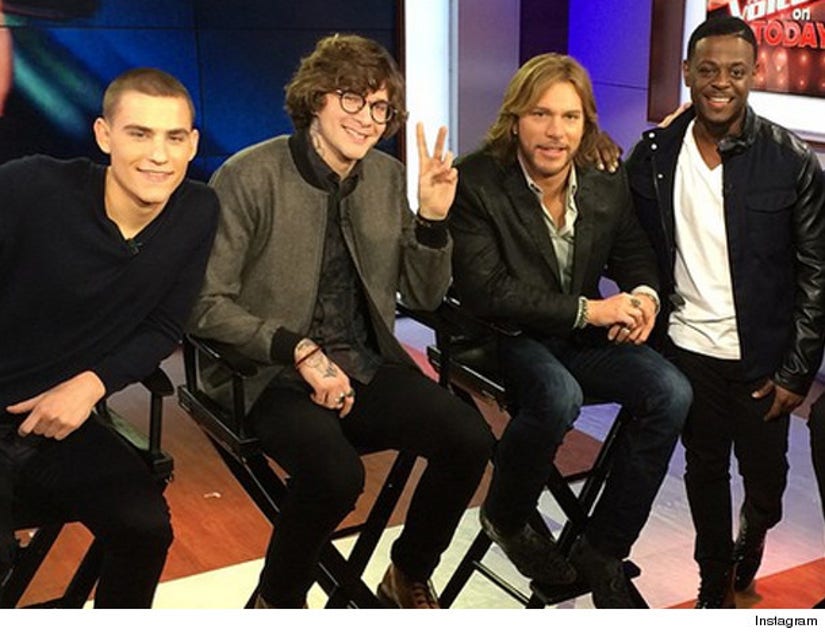 "It really is anyone's game," Chris told us. "It just depends on what happened tonight. We all went out there and delivered killer performances."

"I'm hoping for the best. I'm a very competitive person," he added. "I would obviously love to win. But if that's not the case, we're all going home at the end of this."

Damien also played coy, admitting that all four finalists could take it home.

But, Matt was quick to name his strongest competition. Check out the clip above to see who he picked, and find out what Adam said about his "fan-boy" moment of the night!

The Season 7 winner of "The Voice" will be announced Tuesday during a two-hour live finale at 8 p.m. ET on NBC.

Who do you think should win? Sound off below!