UPDATE: Here's what LeAnn Rimes has to say about this interview.

Brandi Glanville won't shut up about her ex and his wife ... but, if it keeps her in the news, we don't think she's ever gonna stop!

In the video, Brandi gets to put her boss in the hot seat for a change -- though, she ends up revealing more about herself in the process.

When playing a game of Shag, Marry, Kill, Glanville mentions ex-husband Eddie Cibrian as one of the options. When Andy picked him for "Shag," Brandi didn't hold back about his performance in the sack.

But that wasn't the only time Eddie and the woman he had an affair with, LeAnn Rimes, came up during the conversation.

Brandi later asked Andy to address rumors that the country singer was approached to be on "Real Housewives of Beverly Hills," to stir up some drama with Glanville.

"I don't think so. I've never," Andy replied. "She was pitched to this show ['Watch What Happens Live]" and I didn't have her on, because I didn't figure it would be the best business. If I'm in business with you, I just don't think that would be smart. So I didn't out of deference to you."

Glanville pressed on, however, saying she thought Rimes actually had meetings about joining the cast.

"That never got to me. I certainly would be intrigued," admitted Cohen. "Frankly, I would love it. Actually, if she wants to be on the show, I think we should do it."

That's when Brandi made a surprising announcement: She'd be game!

"Bring it, I'm not scurred," said said. "Then you have to talk to Mr. Cibrian, who's hated the show and sends letters to you and Bravo and Evolution that said, 'No kids, no this, no that.' So it would be very interesting all of a sudden to have her say, 'O.K. I'm game, bring it.'"

Do you think Rimes would be a good addition to the cast? Sound off below! 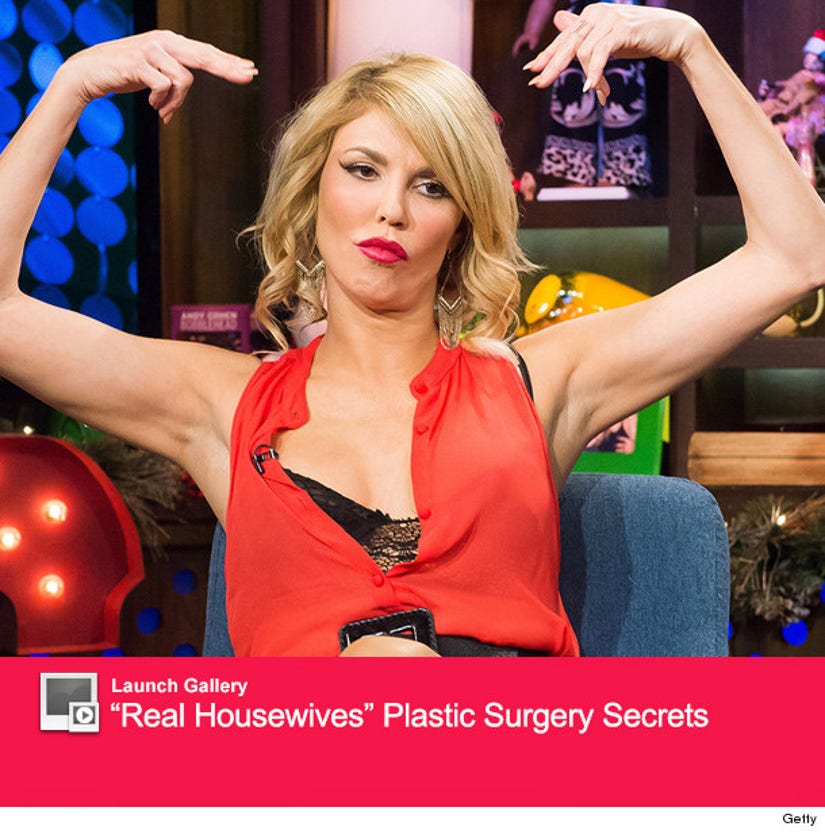