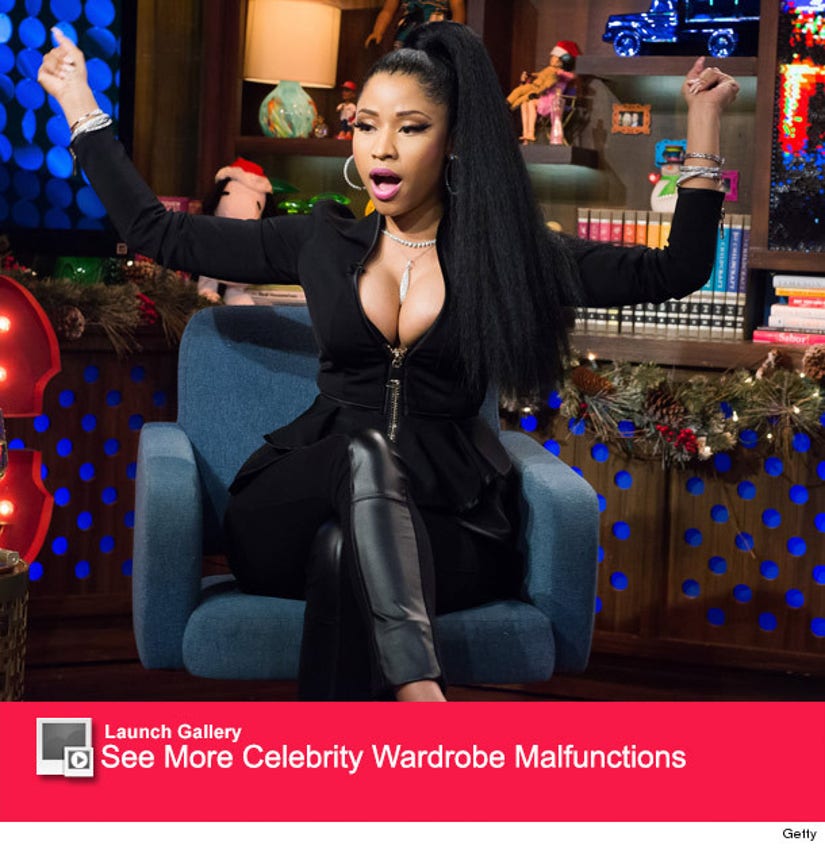 Nicki Minaj really needs to invest in some double-sided tape.

The "Anaconda" rapper suffered another wardrobe malfunction during an appearance on "Watch What Happens Live" on Wednesday. Within the first 20 seconds of her visit, the singer showed a bit too much when her incredibly low-cut black bustier slipped a little too low.

Fans instantly took to Twitter to comment on the malfunction and post pictures of Nicki, complete with her nipple peeking out of her left bra cup.

"Trying to be classy, and you had a nip slip @NICKIMINAJ @Andy #wwhl @Bravotv @BravoWWHL," someone tweeted.

The best part? Minaj was talking about her infamous wardrobe mishaps on "Good Morning America" and this year's MTV Video Music Awards ﻿when she flashed her boob.

"@NICKIMINAJ is talking about a nip slip while CURRENTLY having a nip slip. @BravoWWHL, help her!," another viewer wrote. How meta!

"Which was worse?" Minaj was asked by a caller, about the embarrassing incidents. "Definitely the nip slip," she revealed. "Because the dress malfunction didn't show anything." 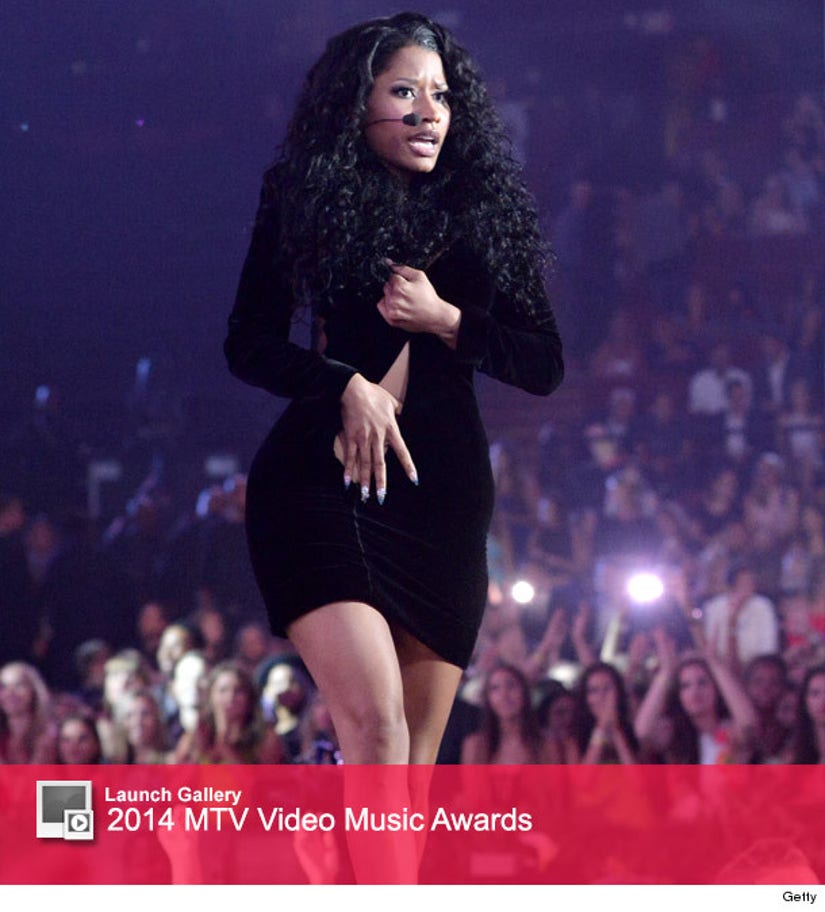 Host Andy Cohen went on to ask how Nicki felt at the VMAs when she realized her dress would not zip up.

"I was very panicked," she explained. "I contemplated not going out at all but then I would let Jessie and Arie down, and I didn't want to do that on their moment. I just felt like I wanted to crawl under a freaking rock. When you're in a situation like that you think everyone can see the panic on your face, but people said I was smiling."

During the interview, Andy also asked Nicki a very personal question from a viewer: "If you were single and Drake was single, would you want to sleep with him?"

Check out her answer below!