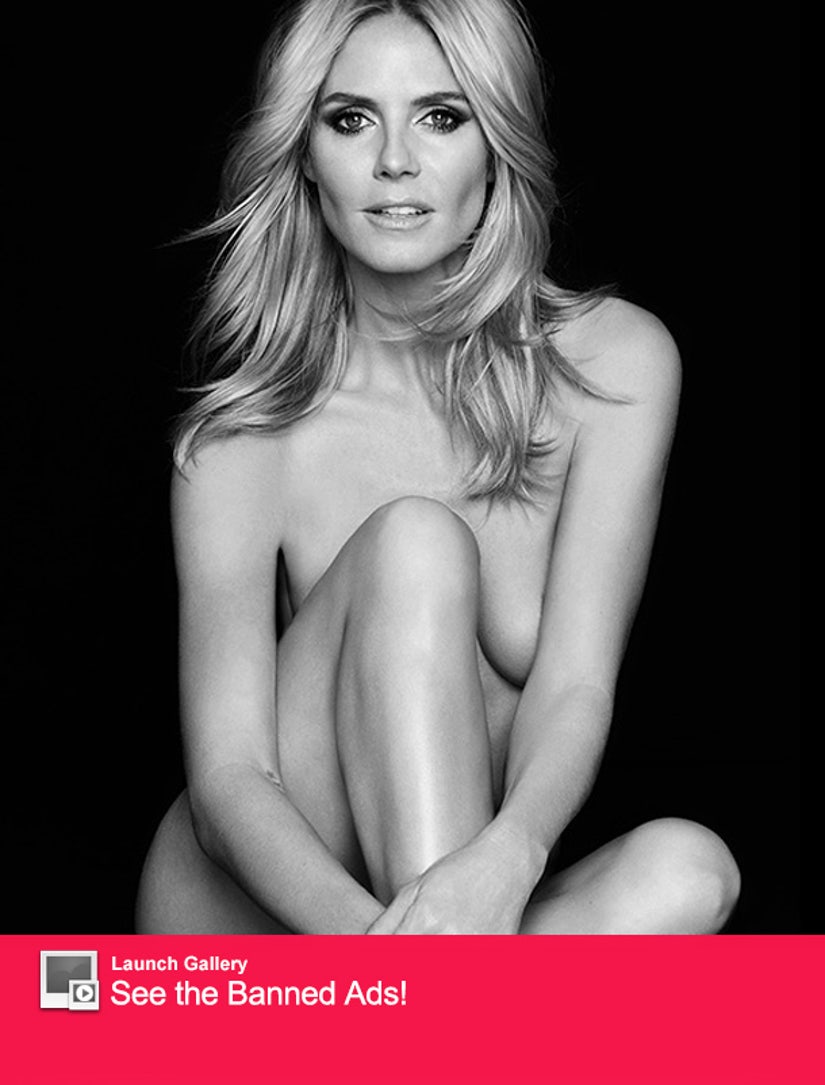 UPDATE: Iconix tells toofab "We bowed to pressure and have re-submitted creative that we hope will meet with their approval as we want as wide an audience to see the campaign as possible."

Read the original story below.

Despite the very revealing ads -- which show Klum totally nude along with tongue-in-cheek messages about Sharper Image products -- running in magazines, newspapers and billboards in both Los Angeles and NYC, they were apparently deemed too risque by Sin City.

Iconix Brand Group, the PR team behind the ads, says Clark County turned them down because they prohibit "the showing of the female breast with less than a fully opaque covering or any portion thereof below the nipple."

In short, Klum's under-boob killed these from running.

"We are shocked that the Sharper Image ads featuring Heidi Klum have been banned in Las Vegas-- of all places," Dari Marder, Chief Marketing Officer of Iconix Brand Group says in a statement. "We believe the campaign is tasteful, beautiful and while sexy not inappropriate, in any way. The reaction to it has been fabulous to date and it is running in all forms of media without any issue."

When asked by toofab if Iconix had any plans to alter the ads to make them fit Clark County's standards, we were told "We aren't sure yet."

See all the ads in question above -- do you think they're inappropriate?