After more than 30 years of marriage, Sting and his wife Trudie Styler still got it!

The singer and the British actress stopped by Thursday's "Watch What Happens Live," where they played a game of "Plead the Fifth" with host Andy Cohen -- and they definitely spilled some intimate details about their relationship.

Check out the video above to hear about their very active sex life!

We love that these two still seem more in love than ever, and it definitely sounds like the current Broadway performer uses his singing skills in the bedroom.

When asked if the couple duo more sex now that the 63-year-old musician is performing in "The Last Ship," Trudy got extremely candid!

So do they have more intimate moments together?

"Do you have Jackie role play in the bedroom?," Andy asked. "Sure, yeah," Trudie replied.

Cohen also asked the cute couple if they've had any threesomes, and both sounded pretty open to the idea ... only disagreeing if it would be a man or a women to join.

Make sure to check out the video above to see why Trudy and Sting "plead the fifth," when Andy asked a very kinky sex question! 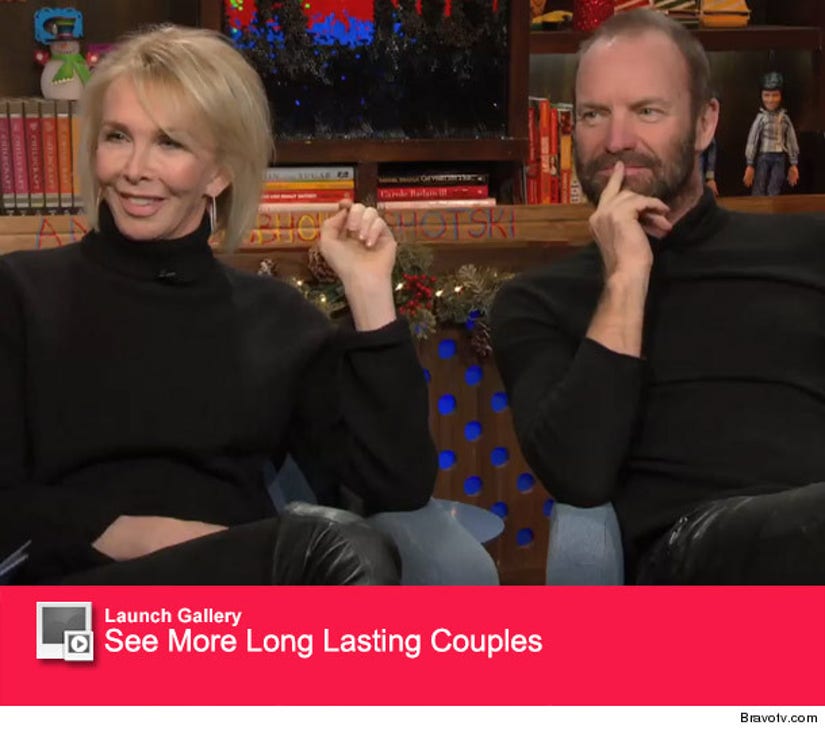 We love that these two still keep the romance alive -- what do you think about Sting and Trudy's confessions? Tell toofab in the comment section below and check out the gallery above to see even more long-lasting celebrity couples!