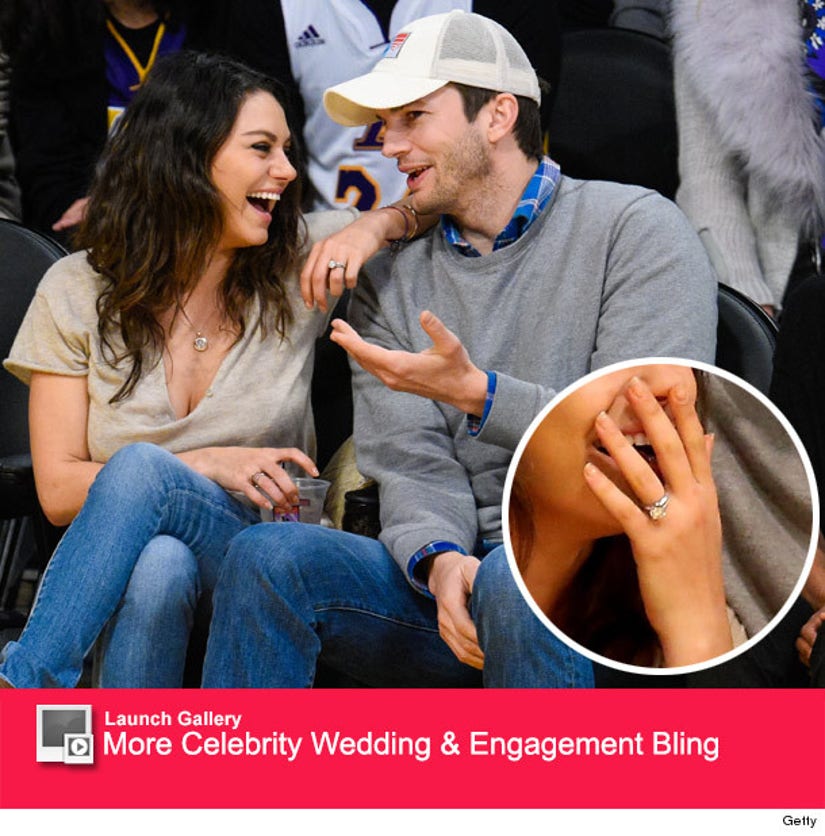 Did Mila Kunis and Ashton Kutcher already get hitched?! It sure looks like it!

The couple was spotted sitting courtside at the Los Angeles Lakers game against the Oklahoma City Thunder at Staples Center on Friday night.

The actress showed off her slim post-baby bod in a sand-colored, cleavage-baring V-neck T-shirt, skinny jeans and brown ankle boots. But it was her new bling that stole the spotlight!

Wyatt's mama appears to be sporting a diamond wedding band behind her beautiful 5 carat engagement ring.

While the pair hasn't confirmed if they already said "I do," Mila recently opened up about marrying her former "That 70's Show" costar.

"I never wanted to get married. From the age of 12, I prepared my parents for no marriage," the new mom told W magazine. "Then things changed -- I found the love of my life. Now my theory on weddings is: Don't invite anyone. Do it privately and secretly. My parents are okay with that. They're just excited that I said yes."

Kunis is excited, too, in spite of her past reservations about tying the knot. "We all get movie star crushes," she shared with the mag. "I'm marrying mine."

We can't get enough of these two!

Do you think they secretly tied the knot? Sound off below.