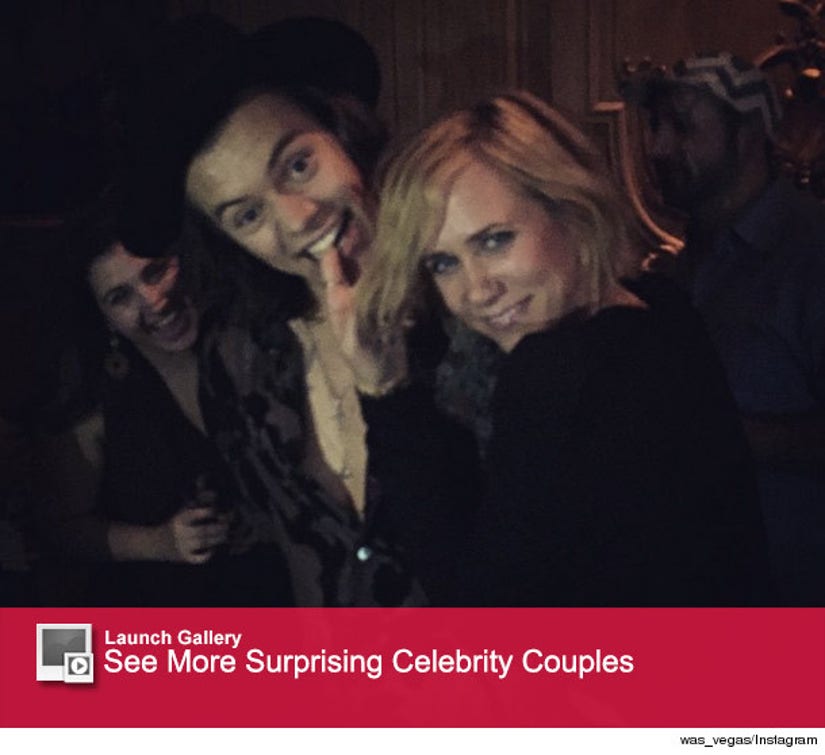 Talk about a surprising celebrity couple!

Harry Styles and Kirsten Wiig were photographed getting down on the dance floor at the "Saturday Night Live" afterparty.

The pair even jumped up on a table to groove to "Dirty Dancing's" ("I've Had) The Time of My Life" -- and it was all caught on video and shared via Instagram.

In one video, Styles grabbed Wiig by the hand and took her onto the dance floor for a sexy dance to the classic hit.

The One Direction singer was one of "SNL's" musical guests on Saturday. The actress also appeared on the show, making a surprise appearance during host Amy Adams' monologue.

The "Bridesmaids" star was carried on stage by a group of sexy reindeer. She then gave Amy some pointers on how to rile up the audience with a few modified, over-the-top Christmas songs. Check out the hilarious clip above.

She returned later in the show with fellow alum Fred Armisen, the two reprising their popular Garth and Kat characters to play some songs from their new Hanukkah album.

Looks like Kristen was in the mood to celebrate after her funny cameos. Might as well be with Harry, right?!