The pop star surprised fans at his Nashville concert over the weekend, by not only performing the country classic "Friends in Low Places," but bringing out the king of country himself, Garth Brooks, for one awesome duet.

Check out the video above to see their amazing performance!

"I mean, this is the country music capital of the world, right?" he said to the audience before breaking into the song. 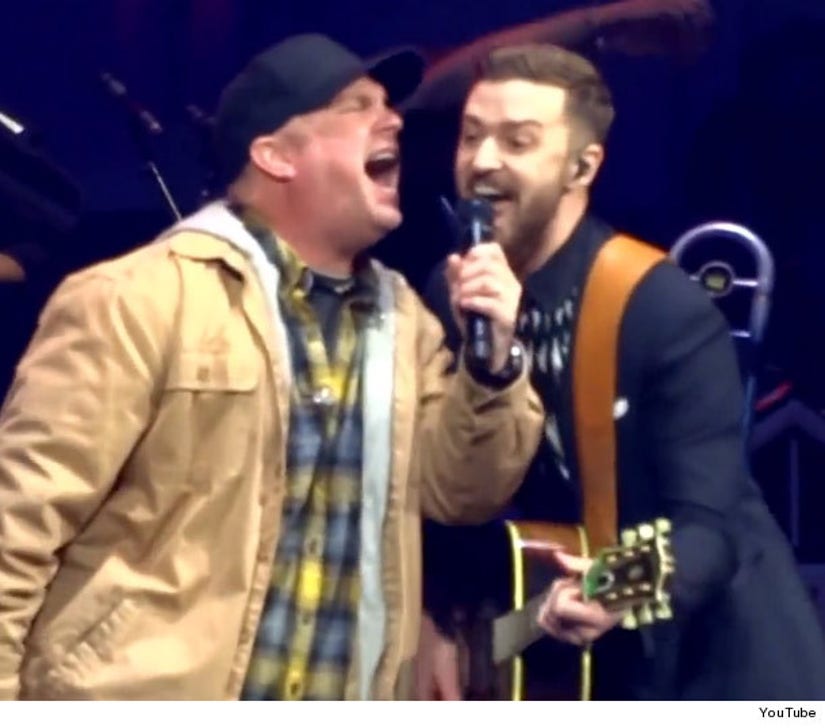 Garth looked like he was super stoked to be singing his country hit with the former *NSYNC singer, too! 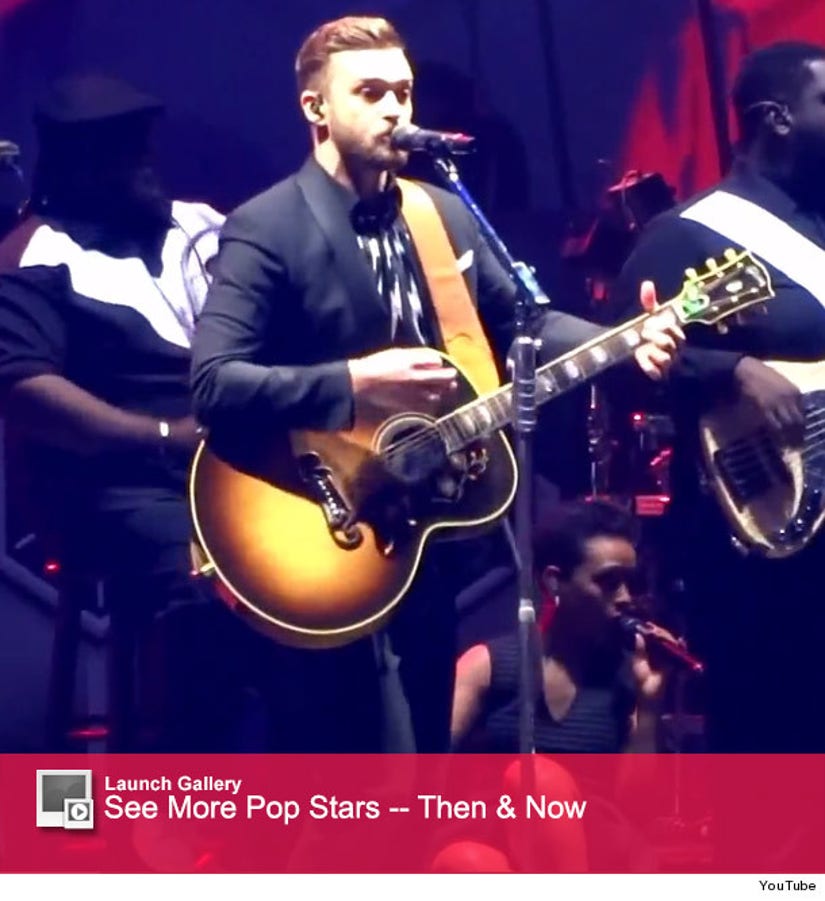 What do you think about Justin and Garth's duet? Tell toofab in the comment section below and check out the gallery above to see more pop stars then and now!