Looks like this is going to be a rough year for Phaedra Parks.

The "Real Housewives of Atlanta" star appeared on Sunday's "Watch What Happens Live," where she confirmed rumors that she is, in fact, leaving her husband Apollo Nida.

Check out the video above to see the mother-of-two's shocking confession!

Nida's currently serving an eight-year sentence in a Kentucky-based prison since being convicted of fraud earlier this year.

While the couple share two young children together, Ayden, 4, and Dylan, 19-months, it sounds like Apollo will be divorced by the time he's released.

It does sound like the reality stars are putting on a united front for their adorable kids, though. "I talk to him at least, if not five, six times a week, if not more," Parks said of Nida. The attorney also admitted that the kids are "definitely in contact" with Apollo.

While Dylan is too young to understand his father's exact whereabouts, their 4-year-old son is very well aware of what's happened to his dad.

"Ayden definitely knows that he's in Kentucky and Apollo told him where he was. He definitely is very aware. It's very tough for a four year old," she confessed.

What do you think about Phaedra's candid confessions? Tell toofab in the comment section below and check out the gallery to see more shocking celebrity splits! 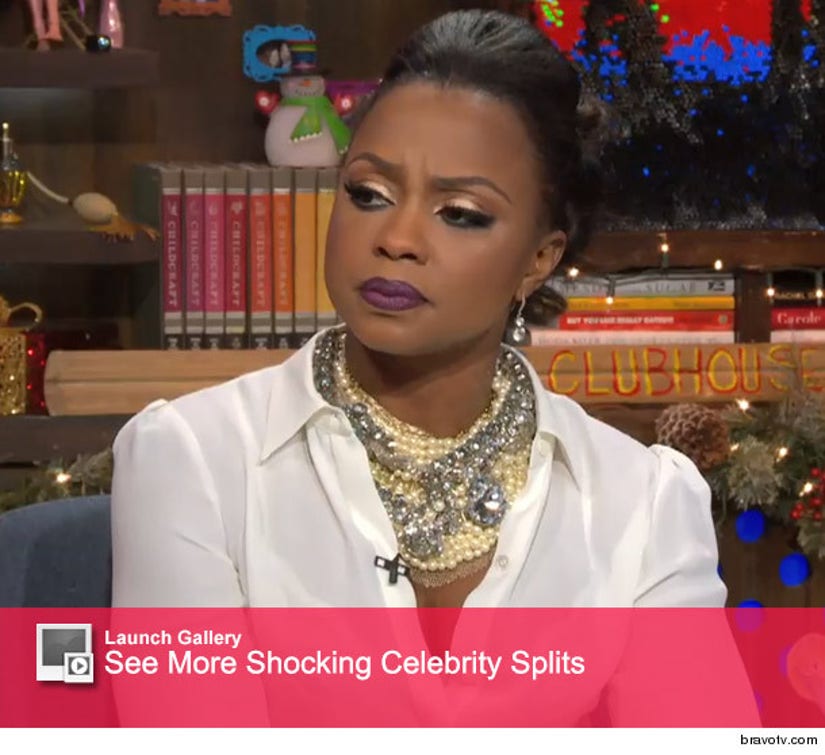