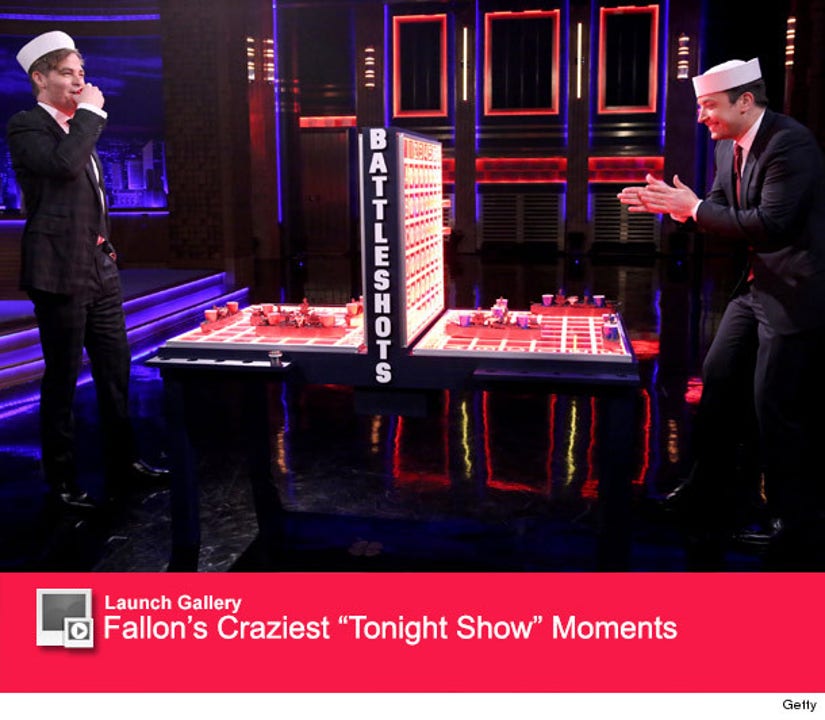 This is not your typical game of "Battleship!"

Chris Pine stopped by "The Tonight Show" on Monday to play a drunken game of "Battleshots," a tequila-fueled version of the classic board game.

"As an extra holiday fun, the shot in the middle of each boat is tequila," Jimmy Fallon said.

Both dressed in sailor hats, the actor went first but missed Fallon's coordinates. Next, it was Fallon's turn -- and he was much more successful than his opponent.

The "Into the Woods" star missed the next two guesses while Fallon hit one of Pine's ships twice, sinking the vessel.

With all the drinks flowing, Chris lost track of whose turn it was to guess. "That's real tequila everybody, real tequila," the late night host revealed.

Check out the clip above to see who wins ... and who ends up very drunk!