While we're probably not going to see "The Interview" anytime soon, James Franco has another awesome new flick in the works!

"True Story" -- which is actually based on true events -- follows the life of a blacklisted journalist, Michael Finkel, played by Jonah Hill, who loses his job at The New York Times after being accused of fabricating a story.

But, things take a very creepy turn when Hill's informed that a man on the FBI's "Most Wanted List," who's suspected of killing his whole family, Christian Longo (Franco), has been living outside of the U.S. under Finkel's identity.

Check out the creepy trailer above!

Finkel makes it his mission to write Longo's life story ... even though he's tried to steal Micheal's identity. "I followed your whole career," Longo tells Finkel while behind bars. "It felt like I knew you."

"He was just a regular guy, intelligent, sane man," an acquaintance tells Finkel while he's investigating the story. "He came home one night and killed his wife and it makes no sense."

Needless to say, this movie looks really, really good -- are you excited to see Hill and Franco's new flick? Tell toofab in the comment section below and check out more stars who've transformed for a role below! 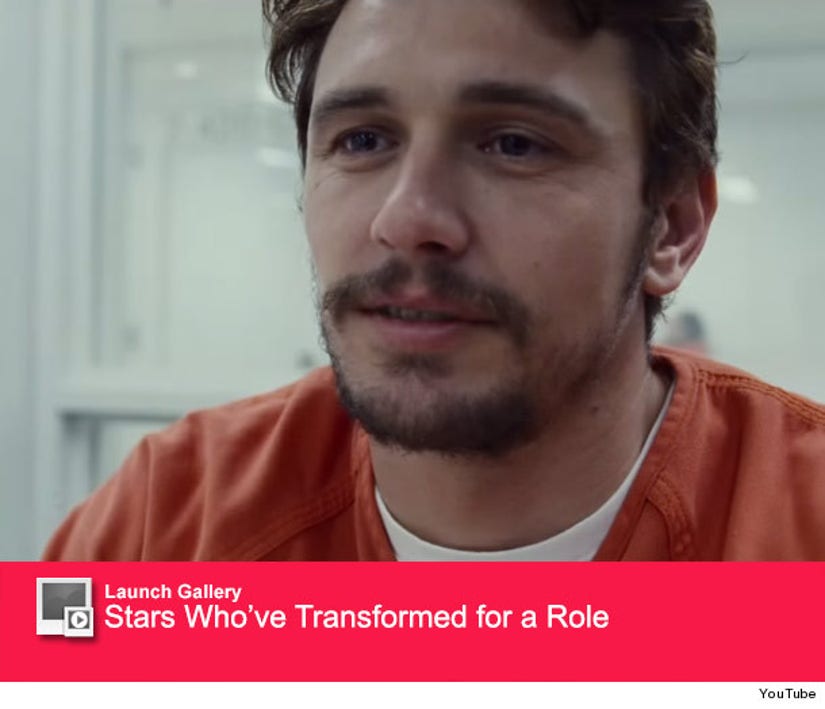 "Tue Story" will premiere at the Sundance Film Festival next month and will be released in April 2015.