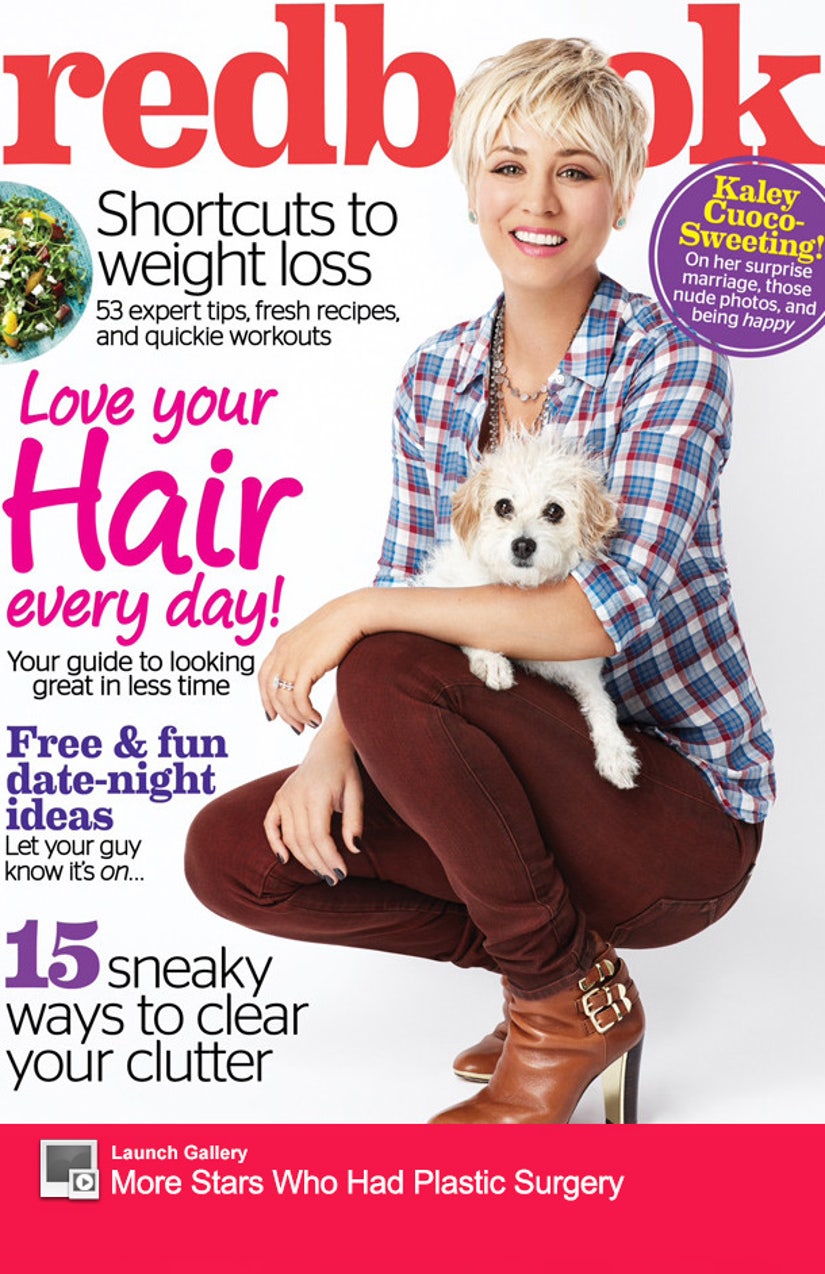 Kaley Cuoco speaks her mind, whether you agree with her or not!

The "Big Bang Theory" star really lets loose in the new issue of Redbook, where she addresses everything from her infamous breast implants to her traditional views on being a "housewife" to husband Ryan Sweeting.

When asked if she considers herself a feminist, the actress was especially candid.

"Is it bad if I say no? It's not really something I think about. Things are different now, and I know a lot of the work that paved the way for women happened before I was around… I was never that feminist girl demanding equality, but maybe that's because I've never really faced inequality," she tells the magazine. "I cook for Ryan five nights a week: It makes me feel like a housewife; I love that. I know it sounds old-fashioned, but I like the idea of women taking care of their men. I'm so in control of my work that I like coming home and serving him. My mom was like that, so I think it kind of rubbed off."

And speaking of her work ... she also opened up about the cast's $1 million paychecks for each episode of their hugely-popular CBS series.

"All I think about is what it means for my family…and knowing there is security for all of us. My parents spent 16 years hauling my butt to LA for audition after audition," she says. "Every day they were helping me learn my lines, dropping me off, waiting for me, picking me up, giving me pep talks when I didn't get the jobs, taking me to tennis and horseback riding lessons. I remember always hoping I could help take care of them because they took such good care of me. Knowing I'll be able to just brings tears to my eyes."

She also took some time to take care of herself though, getting breast implants back when she was 18.

What do you think about the actress' candid comments? Sound off below!