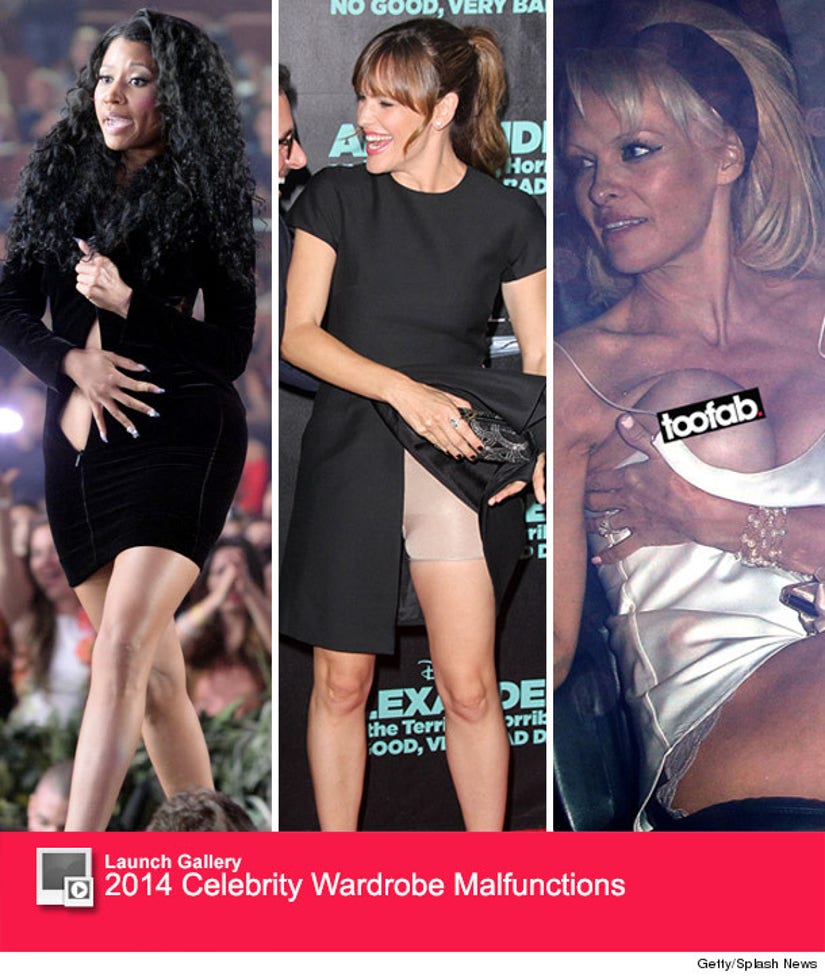 Our top three offenders had some of the most memorable fashion mishaps of 2014!

Nicki Minaj had a costume catastrophe at the 2014 MTV Video Music Awards during her performance of "Bang Bang" with Jessie J and Ariana Grande, failing to zip up her dress in time to get back on stage.

"I didn't have any underwear on -- no underwear, no bra -- 'cause I had just taken off the 'Anaconda' outfit, so I was butt-ass naked," she later explained to Ellen DeGeneres.

Jennifer Garner gave photographers a peep show when her dress flew to the side at the premiere of "Alexander and the Terrible, Horrible, No Good, Very Bad Day."

It looks like the actress' Oscar de la Renta clutch got caught on the bottom of her black Valentino dress, as she accidentally lifted up one side of the skirt -- and showed off her Spanx -- while posing for photos with costar Steve Carell.

Looks like she laughed this "No Good, Very Bad" wardrobe malfunction off just fine.

Pamela Anderson flashed the crowd outside the Chateau Marmont when her white satin dress slipped down and revealed both of her breasts. The double nip slip definitely could have been prevented if the 47-year-old star was wearing a bra ... or an age-appropriate outfit.

Who had the worst fashion mishap this year? Tell toofab in the comment section below, and click the "Launch Gallery" above to see more of this year's worst celebrity wardrobe malfunctions.